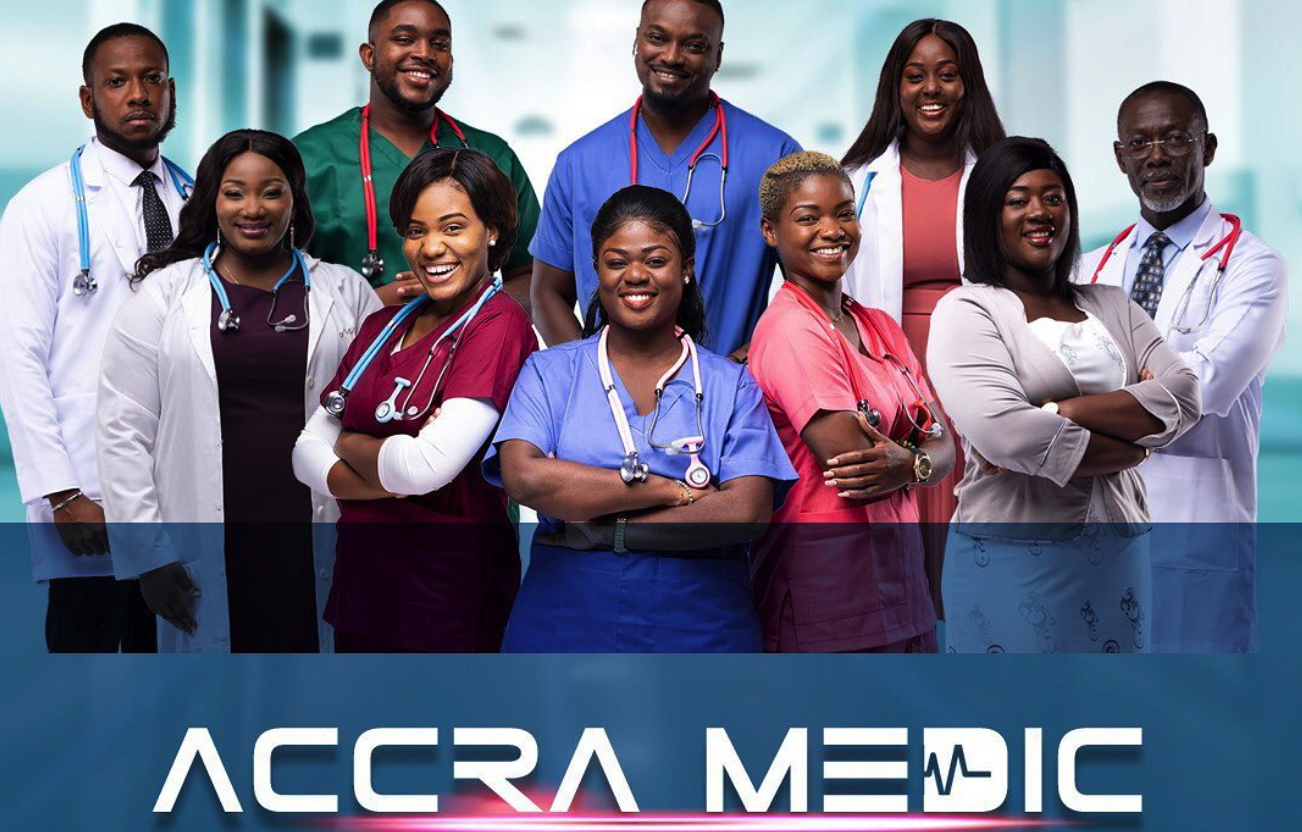 From the brand-new medical drama Accra Medic to a new talk show hosted by Angela Bamford to a new sitcom starring the award-winning media personality Caroline Sampson, here are all the new shows from Akwaaba Magic to stream on Showmax in January 2022.
Date My Family Ghana | Stream now
Trailer:
Ghana is the latest country to join the Date My Family franchise, a dating reality series that follows single people as they attempt to find love with three potential dates. But it’s not your typical dating reality show – the singles’ friends and family are involved in the matchmaking, and it can get embarrassing really fast.
Before the hopeful singles lay their eyes on their potential dates, they have to meet their loved ones. Then they get to take their pick, depending on whether they were impressed by the family or not.
Accra Medic | Stream from 19 January 2022
Accra Medic is a medical drama that explores the lives of the staff at an Accra hospital. While also navigating the challenges in their personal lives, the series will follow them as they fight to save the lives of patients in a hospital that’s suffering from mismanagement in a country with an ailing healthcare system.
Directed by Emmanuel Apea (Run Baby Run), Accra Medic stars Edward Agyekum Kuffour (Inside Out), Desiree Crentsil (Noko Fio), Kweku Elliot (To Have and To Hold) and Aaron Adatsi (Public Figure).
The Angela Bamford Show | Stream now
Hosted by Ghanaian media personality Angela Bamford, The Angela Bamford Show is a Ghanaian variety talk show that explores topics that are otherwise considered taboo in the average African society. The show unearths forgotten and “controversial” topics and brings them to the fore, creating new thought-provoking and pertinent dialogue, centred on the unique African experience.
The Osei’s | Stream now
Starring Jacinta Ocansey (Ghana Jollof), Jeffrey Nortey (Inside Out) and Andrew Tandoh Adote (Terminus), The Osei’s is a comedy series that follows a man who relocates his family from Kumasi to a lavish new home in Accra after winning the lottery. Becoming rich and famous overnight, the family has to deal with new money, family and intrusive neighbours in their own way, often leading to hilarious outcomes.
The Osei’s is directed by Kwabena Gyansah, whose other works include the award-winning 2018 film Azali, Ghana’s first-ever entry to the Oscars.
Co-Habits | Stream from 20 January 2022
This romantic sitcom follows a young couple who navigate side-splitting reality checks when they decide to test-drive their marriage by discreetly cohabiting to reduce their chances of divorce.
Directed by Peter Sedufia (Aloevera), Co-Habits stars Fiifi Coleman (Ties that Bind), Caroline Sampson and Jackie Ankrah (Inside Out).
Sheroes of our Time S2 | Stream now
Hosted by Ghana’s media personality and actress Anita Erskine (Dede), Sheroes of Our Time is a talk show that celebrates strong and unique women around the world who have successful stories to share, inspire and engage in other women across generations and continents.
Culture and Money S2 | Stream now
Hosted by renowned radio presenter Bianca Buckman, Culture and Money explores the relationship between creativity and money, featuring conversations with successful cultural influencers such as musicians, fashion designers, chefs and sports stars about their craft and money – how they make it, how they manage it and how they keep it going.