Another First for Ghana Films; The Burial of Kojo is In Contention for Golden Globes Awards Consideration. 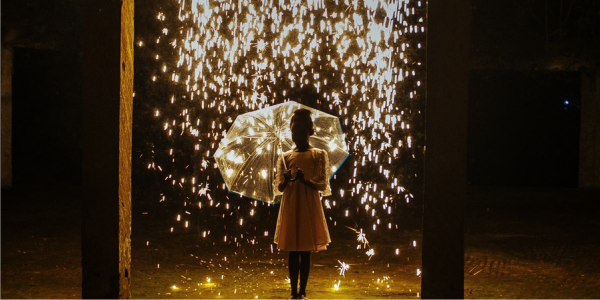 Blitz Bazawule’s directorial debut, The Burial of Kojo is currently up for consideration for the Best Foreign Language Film category the of the 77th edition of Golden Globe Awards to be held on the 5th of January 2020.

The film is among 95 other entries from 65 countries currently being considered for nomination in that category.

The Golden Globe Awards is telecast to 167 countries worldwide and generally ranks as the third most-watched awards show each year, behind only the Oscars and the Grammy Awards.

Unlike, the Academy Awards rules, the HFPA does not limit submissions to one per country as multiple submissions from any country are allowed as long as the films follow the qualification requirements and are screened for the membership as verified by the Foreign Film Committee.

To be eligible for the Best Foreign Language Film, a film must be a motion picture drama, musical or comedy with at least 51% of the dialogue spoken in a non-English language.  Documentaries are not eligible. Animated films – including foreign language ones – are considered in the Animation category.

The film must have also been released in their country of origin during the prior 15-month period, from October 1 to December 31 before the awards. Each film must have been screened for active HFPA members.

Official announcement of the nominees would be on the 9th of December 2019. And hopefully Ghana would have its first official Golden Globes Nomination.

Blitz is also eligible to be nominated for the Best Director – Motion Picture Category. He also shares production credits on this film with Ama K Abebrese and Kwaku Obeng Boateng. Whilst the film stars the likes of Kobina Amissah-Sam, Joseph Otsiman, Mamley Djangmah Cynthia Dankwa and Henry Adofo.

Read GhMoviefreak.com’s review and rating for The Burial of Kojo (2018) here.

Chris Hesse To Attend Screening Of His Majesty’s Sergeant.