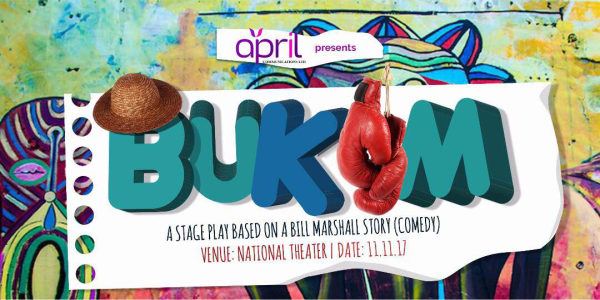 April Communications Ltd comes to you with their second stage production this year on the 11th of November titled Bukom.

The play is a comic adaptation of Bill Marshall’s story set in the 1970’s on the streets of Bukom an indigenous Go town in Accra. It brings insight into how the people live in a comic manner.

Ataa Kojo is satisfied to have won a gold tiepin for twenty-five years of loyal service to an European trading firm and to his family. At his age he has not done badly at all.  He would be completely satisfied with a modern toilet in his home but the City Council says he needs a permit to undertake construction works.

The play promises to be hilarious and entertaining with a good dose of nostalgia for the older folks.

BUKOM shows at the National theater on Saturday 11/11/17.

Choose Life Campaign To Kick Of With “WHO CAUSED IT” Movie