Award-winning Actor David Dontoh to Host Q&A at Classics in the Park. 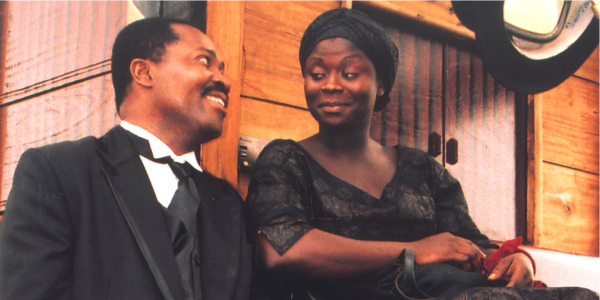 Award-winning actor, David Dontoh will be hosting a Q&A session at a special screening of
classic Ghanaian film “No Time to Die” at Africa Film Society‟s Classic in the Park.
The event takes place Saturday, 26th October, 2019 at the Akola Boni Park in Osu.
“No Time to Die”, King Ampaw‟s captivating comedy depicts a hearse driver‟s travails to find
love.

Delivering a stellar performance, David Dontoh plays Asante, a hearse driver whose job is to
transport dead bodies from the Ghanaian capital Accra to the villages where the funeral
ceremonies are held. Asante‟s offer of marriage is spurned by most women due to the nature of
his profession, until he meets Esi, a young dancer whose mother has just died. Love-struck,
Asante set out to win Esi‟s heart and the approval of her father.

Shot in 2006, the film has been critically acclaimed at home and on the festival circuit.

Also showing on the night are three short films from Ghana and Nigeria: Jungle Justice (2018),
Losing My Religion (2018) and The Backwaters (2019)

Idowu Okenyi’s Jungle Justice is a didactic film that set out to sensitise the public to the horrors
of extrajudicial killings in Ghana. The film stars John Dumelo and Yvonne Nelson
Losing My Religion, Damilola Orimogunje‟s 15-minute film provides a stark reminder of the
dangers of religious fanaticism and the failure of institutions in Africa.

The Backwaters by Cletus Clements is an 18-minute documentary that throws light on the life of
more 2,000 residents of a slum dumpsite situated in the heart of Lagos.