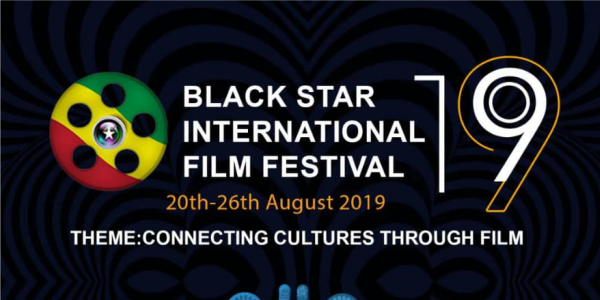 We take this opportunity to thank all filmmakers who submitted to the festival and to congratulate those who made the difficult cut this year. Many great films were submitted from all over the world, however, as expected, only few could be selected for the festival.

All films will be premiering for the first time in Ghana during the festival.

Special congratulations to our opening films; ‘Nirvana’ by William Kojo Agbeti (Ghana) and ‘Life In My Shoe’ by Wimana Beatrice (Uganda) and closing film; The Game Changers, the highly anticipated movie from producer Louie Psihoyos (and Executive Producers including James Cameron, Jackie Chan and Arnold Schwarzenegger).

Black Star International Film Festival (BSIFF) 2019 is scheduled to take off from 20th to 26th August 2019.

This year, the festival runs as an official Year of Return 2019 event and offers a wide range of activities including workshops, panel sessions, the African Film market, a music concert, awards night and daily film screenings all happening in the city of Accra-Ghana.

Nyansapo Productions Returns to the National Theatre with ‘GANA FOR SALE’