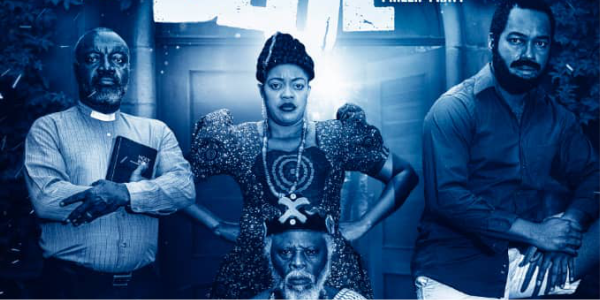 We are excited to give you the first look at this thriller that looks very different from most of the films we have seen lately. The feature film titled ‘Blue’ is set in the 60’s according to the synopsis.

The film synopsis reads; in August 1964, a serial killer is on the loose in a small village. A school teacher leads the war in unearthing the mysterious killings. Fate meets destiny when the hunter becomes the prey.

The synopsis and the trailer both gives us a feel we are up for a good adventure with epic proportions.

We are not familiar with Philip Pratt, the writer and director’s work but this looks very promising and we can’t wait to see it. Fortunately, we get to see this film and how the story goes as it premieres on the 24th of August, 2019 at the Silverbird Cinemas, Accra Mall & Westhills Mall.

Also be on the lookout for our review and rating on this film right here on GhMoviefreak.com ones its premiered.