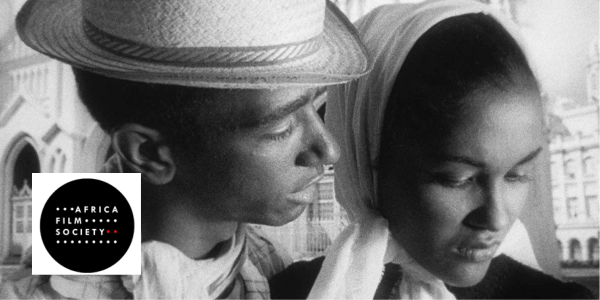 Soy Cuba (I am Cuba), a striking Cuban-Soviet propaganda made in 1964 about Cuban Revolution will be screening at Africa Film Society’s Classics In The Park on Saturday, September 28,2019 at the Akola Boni Park in Osu.

Set in the mid-1950s, in the middle of the Batista dictatorship, the film depicts the lives of  Cuban people in four discreet vignettes. The film was virtually unknown until it was rediscovered and reissued in late 1995 by Milestone with the prominent support of Martin Scorsese and Francis Ford Coppola. Shot in luscious black and white, the Soy Cuba  has been widely praised for its dazzling cinematography. The film was directed by Soviet Filmmaker Mikhail Kalazatov.

Also showing on the night are two short films from South Africa Rise (2019) and Woman Beings (2018).

Rise (2019), Camilla Pontiggia’s 14-minute film is conversation around the role of the black female in business in South Africa today. It reflects on how corporate roles assigned as token gestures results in a continuing and devastating commodification of black women.

Africa Film Society seeks to preserve and promote Africa cinematic legacy while cultivating new filmmakers ND nurturing an audience for their work. Through our monthly Classics In The Park initiative, we bring free outdoor cinema to communities to encourage the art of film making in Africa.