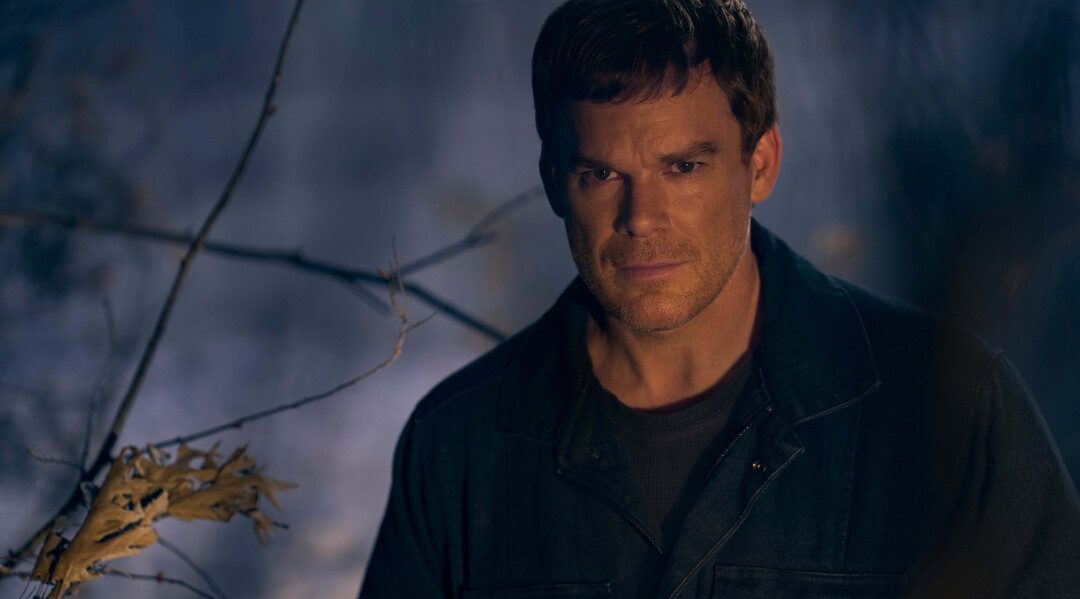 Season one of Dexter: New Blood, New seasons of Raised by Wolves, The Good Fight, Dexter, Brooklyn Nine-Nine; reboot of 4400

Season 2 of the biggest series ever filmed in Cape Town sees android partners Mother (Danish actress Amanda Collin) and Father (BAFTA nominee Abubakar Salim), with their brood of six human children, join a newly formed atheistic colony in Kepler 22 b’s mysterious tropical zone. But navigating this strange new society is only the start of their troubles as Mother’s “natural child” threatens to drive what little remains of the human race to extinction.

Season 2 has a 100% critics’ rating on Rotten Tomatoes. Inverse calls Raised by Wolves “Ridley Scott’s best sci-fi since Alien” and Decider hails it as “the most exciting sci-fi show since Battlestar Galactica.”

Look out for South African star Kim Engelbrecht (Reyka) as Decima this season.

In his old life, Dexter Morgan was a Miami forensics expert, spending his days solving crimes, and nights committing them. Torn between his deadly compulsion and his desire for true happiness, Dexter is a man in profound conflict with the world and himself.

Set 10 years after Dexter went missing in the eye of Hurricane Laura, Dexter: New Blood finds everyone’s favourite serial killer living under an assumed name in the small town of Iron Lake, New York. Dexter may be embracing his new life, but in the wake of unexpected events in this close-knit community, his Dark Passenger beckons…

The original Dexter won a People’s Choice Award as Favourite TV Obsession and four Emmys, including Best Director, with Michael C Hall nominated as Best Actor in a Drama five times in a row. Hall also won Screen Actors Guild and Golden Globe awards. All eight seasons are available to binge on Showmax.

Dexter: New Blood has an 8.4/10 rating on IMDb. As The Wrap says, “Hall, as the ultimate good bad guy, is as riveting to watch as ever.”

In the fifth season of the cult legal drama The Good Fight, Diane (Christine Baranski in an Emmy-nominated role) questions whether it’s appropriate for her to help run an African American law firm with Liz (Audra McDonald in a Critics’ Choice-nominated role), after the firm loses two top lawyers. Meanwhile, Marissa (multi-award-winner Sarah Steele) and the firm become entangled with Hal Wackner (Emmy winner Mandy Patinkin from Homeland), a regular Chicagoan who decides to open his own courtroom in the back of a copy shop.

Baranski, McDonald and Patinkin are all nominated for their roles at the 2022 Critics’ Choice Awards, where the show is up for Best Drama. Baranski was also up for Best Actress in a Drama at the 2022 Golden Globes, while The Good Wife was nominated for a 2022 NAACP (The National Association for the Advancement of Colored People) Image Award for Best Writing.

A much funnier spinoff from The Good Wife, The Good Fight has a 91% critics’ rating for Season 5 on Rotten Tomatoes, where the consensus says, “The Good Fight‘s fifth season continues to confront challenging current events with its singularly absurd style.”

If you’ve been sleeping on one of the best comedies on TV, Brooklyn Nine-Nine follows the exploits of the hilarious Detective Jake Peralta (Emmy winner Andy Samberg from Palm Springs) and his diverse, lovable colleagues as they police the NYPD’s 99th Precinct.

The eighth and final series of the Emmy-winning cop comedy series was nominated as The Comedy Show of 2021 at the People’s Choice Awards, where Samberg was also up for The Comedy TV Star of 2021.

Season 8 has an 89% critics’ rating on Rotten Tomatoes, where the critics’ consensus says, “Brooklyn Nine-Nine faces big topics with poise in a fittingly complicated final season that attempts to meet the moment without losing its sense of humour.”

Transplant centres on Bashir “Bash” Hamed (Hamza Haq from This Life), a refugee of the Syrian Civil War who’s trying to rebuild his career as a doctor in the ER unit at the fictional York Memorial Hospital in Toronto.

Wall Street Journal calls Transplant “the best medical show on American television”, with Globe and Mail praising its depiction of the “terror and frustrations that immigrants experience, trying to use their skills in a new country”, and Haq’s performance as “a solid leading man, giving Bashir a frazzled soulfulness, but never making him saintly.”

Over the past hundred years, 4400 overlooked, undervalued, or otherwise marginalised people vanished without a trace. Now they’ve all been returned in an instant, having not aged a day and with no memory of what happened to them.

A reboot of the Emmy-nominated 2004 hit series, 4400 has a 82% critics’ rating on Rotten Tomatoes, with Decider saying, “All of what made The 4400 a cult hit back in the 00s is at play in this remake… but with a twist: A mostly Black cast and undertones of racial inequality driving the mystery.”

B Positive revolves around Drew (Emmy nominee Thomas Middleditch from Silicon Valley), a therapist and newly divorced dad. He needs a kidney donor when he runs into Gina (Annaleigh Ashford), a rough-around-the-edges woman from his past who volunteers her own. Together, they form an unlikely and life-affirming friendship as they begin a journey that will forever impact both of their lives.

Season 1 was nominated for two 2021 Emmys, including Outstanding Directing for A Comedy Series, and has an 85% critics’ rating on Rotten Tomatoes, where the critics’ consensus says, “B Positive‘s familiar sitcom trappings are elevated by its charming cast – especially the weird and winsome comedic stylings of Tony winner Annaleigh Ashford.”

Together with his assistant, Robin Ellacott (Critics’ Choice nominee Holliday Grainger from The Capture), Cormoran tackles cases that have, so far, baffled the police.

C.B. Strike has an 82% critics’ rating on Rotten Tomatoes. As John Doyle wrote in The Globe and Mail, “Heavens, what a love story, with a tangled mystery thrown in. Readers, I was smitten. What a great diversion.”

When Harvard professor Jack Griffin (Glenn Howerton from It’s Always Sunny in Philadelphia) fails to get his dream job, he reluctantly moves back to Ohio to work as a high school Advanced Placement Biology teacher, but he makes one thing clear—he will not be teaching one bit of biology. With a room full of honour roll students at his disposal, he uses the kids for his own benefit while Principal Durbin (Emmy winner Patton Oswalt) struggles to control the force of nature that is Jack Griffin.

A.P. Bio holds an 88% critics’ rating on Rotten Tomatoes, with Decider calling it “one of the flat-out funniest shows on television…”

ARE YOU AFRAID OF THE DARK S2: CURSE OF THE SHADOWS | Binge now

The Midnight Society returns with a new set of storytellers, and a terrifying new tale about a cursed seaside town that’s being haunted by a mysterious figure named the Shadowman.

Nominated for a 2020 Fangoria Chainsaw Award for Best Series, the hit Nickelodeon show has a 100% critics’ rating on Rotten Tomatoes. Common Sense Media gives it five stars, recommending the series for ages 11+ and calling it, “Shivery, quivery fun for tweens and teens who like scares,” saying, “Most of what scares here is the power of suggestion… [but] the scares are real.”

John Wayne Gacy: Devil In Disguise follows the chilling story of one of the world’s most notorious serial killers, as told through the words of Gacy himself, those who were forever changed by his unspeakable deeds, and those who believe that the full truth remains concealed to this day.

Directed by Emmy-nominated producer Rod Blackhurst (Amanda Knox, Welcome to Earth), this six-part documentary series details the case that shook the world, drawing on a multi-hour death-row interview with Gacy himself, most of which has never been seen before, along with exclusive audio and video interviews. Almost 50 years after the crimes took place, new questions are emerging about what really happened, and who else may have played a part in the deaths of Gacy’s 33 victims.

The true crime docuseries has a 100% critics’ rating on Rotten Tomatoes, with AV Club saying, “John Wayne Gacy is dead, and Devil In Disguise is correct in that whatever is left to say about him isn’t a horror story about an evil criminal mastermind, but a cautionary tale of a serial predator who went unpunished because he looked and acted like the men who were supposed to stop him.”

Perhaps more importantly, Showmax content also shone at Rotten Tomatoes‘ Golden Tomato Awards, where Mare of Easttown was named the best drama series of 2021, with Succession in second place. Hacks was named the second-best comedy series and new series of 2021; What We Do In The Shadows the fourth-best returning series and Insecure the seventh; Resident Alien the fourth best sci-fi and fantasy series; Chucky the fifth best horror series and The Stand the ninth; and The Crime of the Century the sixth best docuseries.

EVERYTHING ON SHOWMAX IN FEBRUARY 2022

To see everything on Showmax in February 2022, including the Showmax Originals The Wife S2 and Sex in Afrikaans, the critically acclaimed Showmax film Glasshouse, the Oscar-winning Judas and the Black Messiah, and the family blockbuster Tom & Jerry, click here. Please note this release schedule is subject to change.