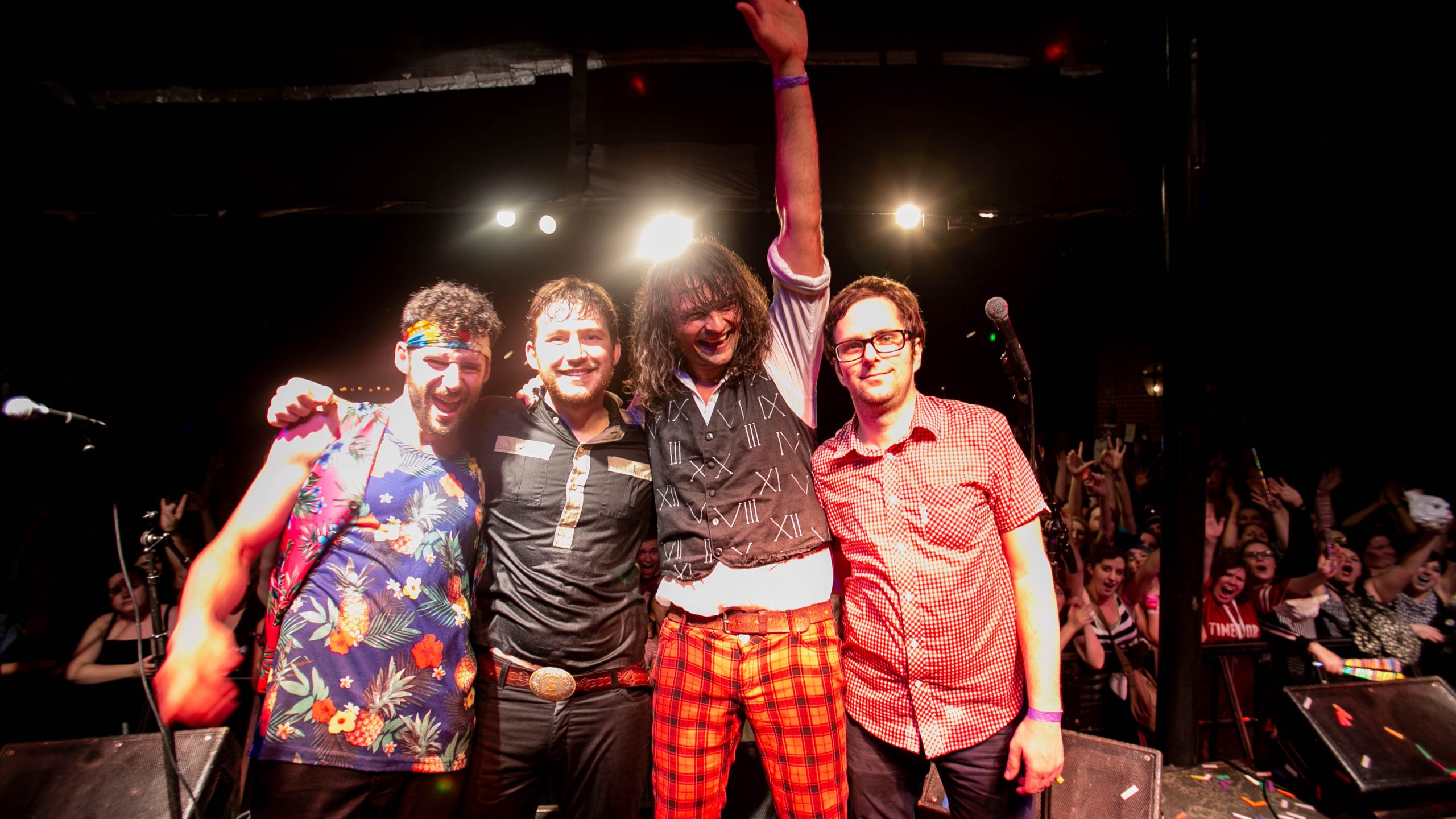 It appears documentary filmmakers are never going run out of music groups and bands to make films about. For as many bands that you know of there are several others that you might never have heard about.  But fortunately, films like this exist to introduce you to them, their music and their journey.

Bleeding Audio is one such film about the rise and fall of a band called ‘The Matches”. The documentary details the origin story of the band right through to their very end of their run. We learn about how they started playing in local clubs with a 15year old guitarist Jon Devoto. The other band members include bassist Justin San Souci, drummer Matt Whalen and vocalist Shawn Harris.

We also learn about how the groups of four came to be known by the name “The Matches”. Another band had claimed the name they name they had chosen and to avoid any confusion they settled on calling themselves “The Matches”. And just like the name implies, that was the spark they needed to set their careers off. Their popularity grew so much that they go invited on tours with other label bands. They talk about they possibly playing over 200 gigs a year at that rise of their fame. The rise was certainly expected with the music they make and how people resonated with their music and performances.

For the success of any artiste, band or music group, you can’t take away the contribution of the fans. Some of whom become as loyal and dedicated like a cult. So loyal and dedicated to them that they would tattoo song titles, lyrics and even the band’s signature on the skins.

It’s no surprise that they are approached by numerous record companies. They did thier best to make sure they landed the best deal that they could get and signed with Epitaph Records. You would expect that this would have been the turnaround of positive things only for them but that turns out not to be the case.

Watching this film, you are reminded that just as quickly as a band can be formed, it can equally be fade into obscurity with all its prospects. Especially when the business side of things are taken for granted or mishandled. Even signing a wrong music deal could be the end of the band and its legacy.

Bleeding Audio is certainly a must see for any loyal fan of ‘The Matches’. But if you are not a fan, there are more than enough reasons why you should see it. Most importantly, it would introduce you to their music and you are sure to love and appreciate their work as a band.

The film’s director, Chelsea Christer paints a beautiful grass to grace story with the bands journey.  You don’t even get to feel bad about their eventual break up and failure. There seems to be no regrets for them. But it is sad and that a band is good as this had to break up and phase out but their music lives and the legend status that there were meant to reach still does exist.

I would score Bleeding Audio 4 out of 5 stars. If you love bands and always excited about getting to know about a new band and their music, this is a film that you would enjoy.