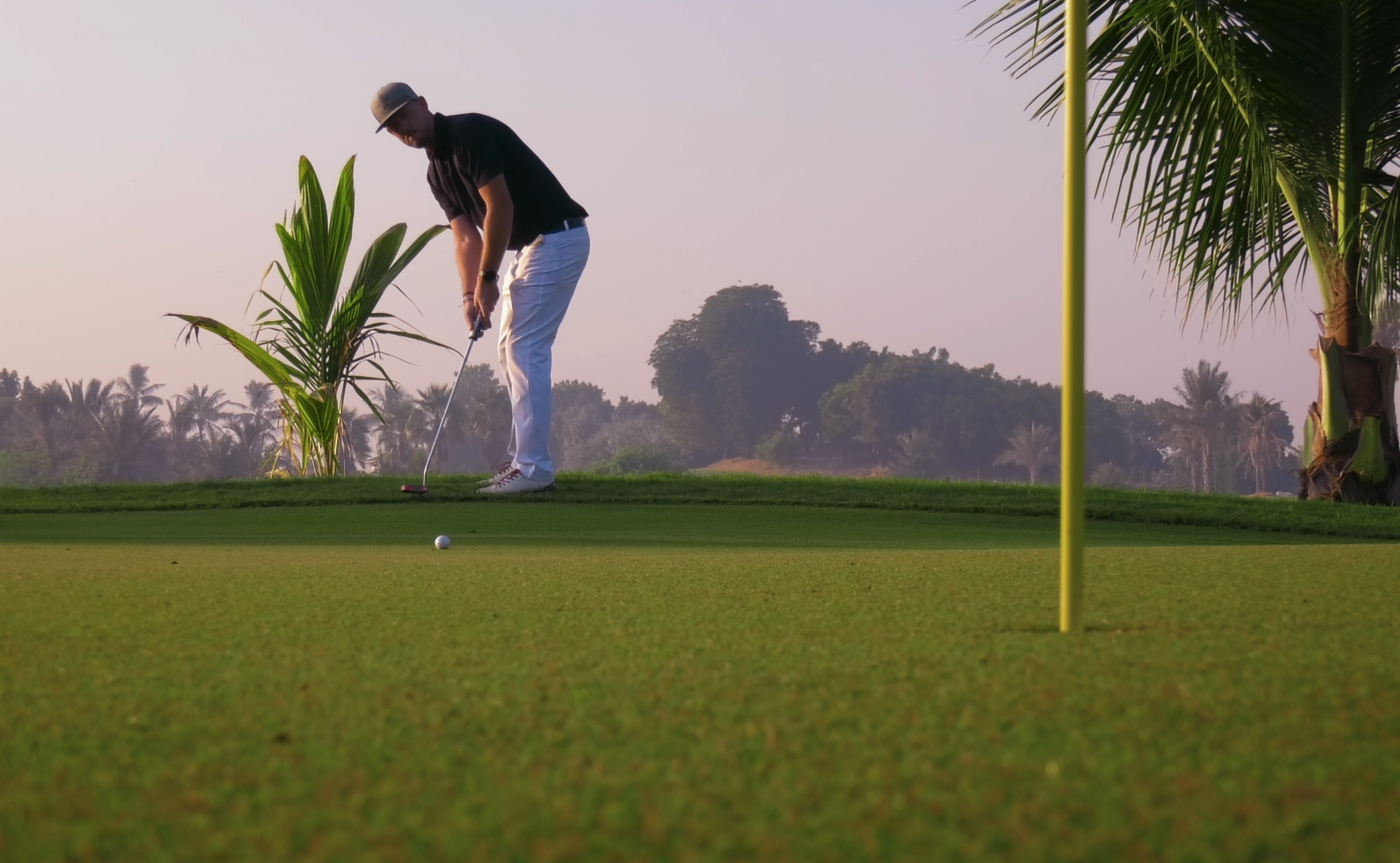 “Fairways to Happiness” is a documentary by filmmaker Doug Morrione that explores the idea of happiness and how to achieve it. The film follows Morrione’s journey as he moves from New York to Dubai and becomes interested in the pursuit of happiness, while also spending time playing golf in Dubai.

But what is happiness? Is it the way we feel momentarily or it is the long-lasting effects of the aftermath of fulfilment? Or is it simply a spiritual state of being?

The film features interviews with a diverse group of people, including experts in psychology and religion, as well as locals and expatriates in Dubai and the United Arab Emirates. They all share their thoughts, experiences and encounters that they could describe as the feeling of happiness.

The interviewees include a Buddhist Monk who shares some pretty thought proking insights on the subject matter.

The film explores different views on happiness, such as the importance of economic security, social circles, and spiritual contentment, as well as the role of generosity and social media.

It is quite understandable why Doug would want to make a film like this, especially with Dubai as the focus. Afterall all they are the first country or could be the only country in the world to have a federal ministry dedicated to Happiness. With how well the country has developed infrastructure-wise over the years you would think that everyone the lives there is happy at least. But that should tell you how “happiness” really matters to them and how they believe that it affects the productivity of the nation. It is almost as though their economic development also depends on the state of happiness that exists not just for locals but for expatriates as well.

Dubai is captured well in this film, you see and feel the energy and drive of its citizens as though it s a PR campaign to make you want to visit the place either for business or for leisure. But that is not the focus of this film.

As the film progresses you begin to identify that the consensus about happiness is that it is found not just in accomplishments but in the journey of life. Each day and the things you do are supposed to bring you some happiness and aren’t worth it if they don’t.

The documentary film interestingly uses Eugene, one of the subjects of the film and his quest to lower his scores on the golf course as a metaphor for expressing the pursuit of happiness. He British expatriate and an amateur golfer and his goal into finish a round of golf with under 50 strokes. His struggle to perfect himself on the course is like the daily struggle for many to find happiness. Some keep searching for it in the strangest of places. But can the strokes to happiness ever be truly mastered?

However, the film struggles to find a clear focus or narrative as to how to find and reach happiness. Perhaps that isn’t its intent. It serves to ask questions that we need answers to but doesn’t have the answers to them either.

Happiness would always matter to us all and “Fairway to Happiness” in its ways reminds of us this. But we can never have full control over it, what matters is that we have to be appreciative of every single experience in this life and not focus on just the accomplishments that we so much seek to attain.

I would score this documentary film 3.5 out of 5 stars.

Fairways to Happiness from Route 201 Media on Vimeo.

Fairway to Happiness is available on demand on iTunes, Amazon, Google Play and Vimeo.