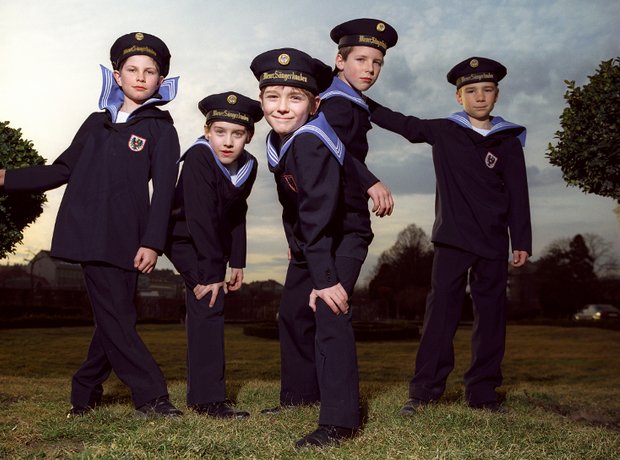 Good Shepherds is a film that you experience and not just watch. It is a crafty musical documentary film soundtracked by the beautiful voices of the iconic Vienna Boys Choir.

The way it starts you would think it is a documentary film about the African Safari or something like that. But you soon realize that it is more of a special audiovisual experience that sends you on a truly satisfying journey.

The film’s director Curt M. Faudon takes a simple approach where the music takes the lead. You find yourself listening more and appreciating the visuals which include some captivating time-lapse shots, animations and some dramatized reenactments. Through it all, you can notice that Curt is being very artistic in the choice of visuals that accompany each tune.

The film also uses some very exclusive images that capture the beauty of tribes long forgotten. The way they are edited, sequenced and pieced together fluidly complements the soundtrack. Some of these are a beautiful fusion of orchestral compositions and humming and chants from native African tribes.

Also, for each song that the choir sings, you are sure to have a unique visual experience whilst enjoying the melodious singing as well.

You can’t help but also appreciate the accompanying narration by Jane Goodall. Her voice, pacing and tonation are as soothing as the singing from the choir. She too is part of the entire experience and makes it even more whole.

The best thing about this film is that you find yourself enjoying it without even noticing that you are. It just feels like you are having a nice experience that you don’t even realize time is passing. Through the narration, you learn enough about various tribes, their belief systems and their way of life. It also talks about our primitive nature, our growth and our disregard for the world we leave in the bountiful blessings it comes with.

I will score this film 3.5/5 stars. As much as it seems to have some undertones that make you think it is a film that is purposefully made for the holiday season. It is something that can be watched and enjoyed by anyone at any time.

Instinctively, you would notice that the film tries to serve more than just entertainment. Subtly is delivering a message about humanity, our past, present and imminent future. You only have to sit through this from start to end to get this.

“We may be the only animal ignorant enough to willingly engineer its distinction by destroying our only home,” Goodall says in the narration towards the end of the film.