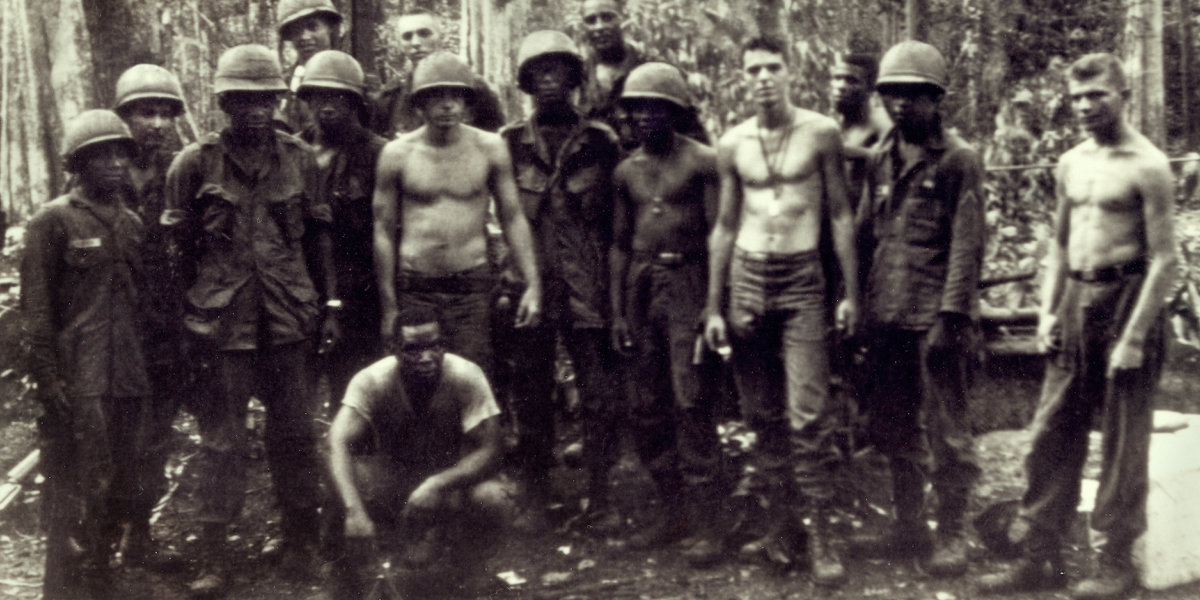 It is true how most kids from military families take what their parents do for granted. Shawn Kelley truly honours his father and all the men that have served with this moving documentary film that captures in detail a memorable battle in Vietnam.

‘My Father’s Brothers‘ focuses on events that happened on the 29th June 1966 in the dense Vietnam Jungle as told by LTC (ret) Jack Kelley (Shawn‘s father) and seven other paratroopers that were in combat under Kelley’s command at that time.

They share how their platoon landed in an ambush that became an actual battle for their lives. Outnumbered and heavily hit they barely managed to survive to tell their story of sacrifice and acts of heroism.

In a typical documentary style, each of the veterans shared in their interviews how they individual joined the army, arriving in Vietnam and varying details from the days before the 29th as well as their contact with Vietcong forces. They also give harrowing accounts of the gunfights and how each of them handled themselves getting hit, losing mates and surviving the entire experience.

Their stories and how they share them give a chilling almost vivid account of events that happened that day from multiple perspectives. But the narrative is clear and paints a good picture of how intense and scary the entire situation might have been for them all.

Interestingly, this battle which is not known by many is a very important part of the lives of this group of men. It is their past but still their present and each day they survive the ordeal they went through that day. Every moment of the rest of their lives seems to have been touched by that single day. Even 50 years after the fact, as they share their story, some of them seem moved close to tears recollecting past pain and the loss of brothers.

It is amazing to see these men still able to smile and be humorous and thriving with scars they have had to live their lives with all these years after that fateful day. Scars that cut deeper than the wounds on their flesh that have long healed.

We also get to see some of the Vets return to Vietnam after several years possibly looking for some form of closure to help in their healing process. They even go further to find ways to give back to the people of the place that once was a battlefield and a valley of death to them.

Shawn Kelley‘s film does not only honour his father and the survivors in this documentary. He set out to make this film as a way to connect with his father and learn more about him.  But it served a much bigger purpose.  It captures what could possibly be a very vital part of American war history that could have otherwise been forgotten. The bond and brotherhood that these brave men now share go to somewhat show that they relied on each other to make it out of that situation. And that the lives that were lost were not in vain but so others could survive. They served their country with honour and suffered one way or the other and shouldn’t be forgotten.

The story is told in the documentary film would make a great war feature film. And I hope someday a feature film is made about these brave men of the 173rd Airborne Brigade and the events of 29th June 1966. For these men and their families, one day did last a lifetime.

‘My Father’s Brothers’ deserves a well earned 4 out of 5 stars. It is heartfelt, moving and certainly honest. If you ever get the chance to see this film, drop everything and give it a chance. Regardless of how you feel about war, it is the sense of brotherhood that is formed in the glaring face of adversity that makes the piece and the story it tells worthy of making.