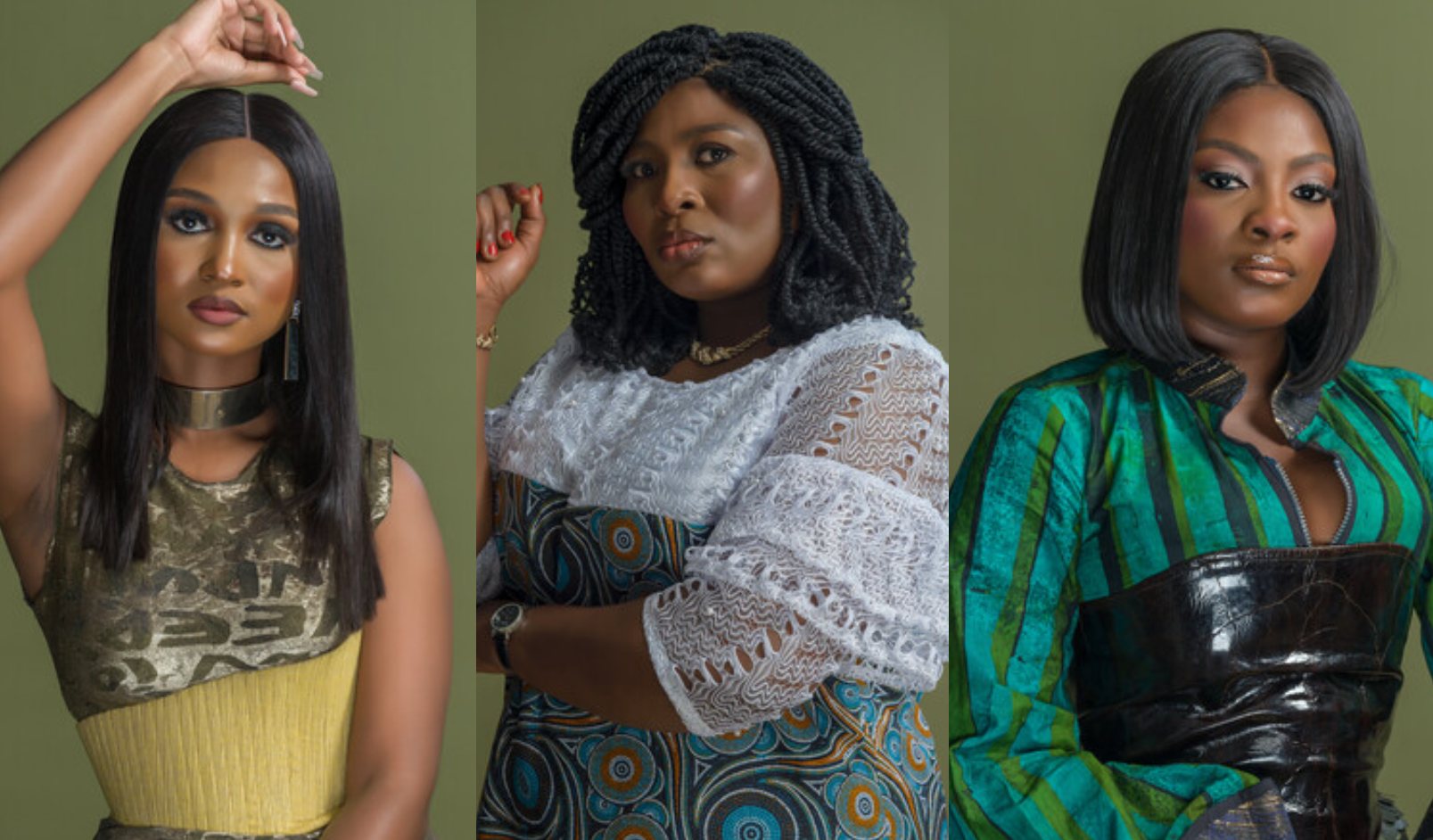 ENO is also available to Showmax subscribers in the UK

In the first few minutes of episode 1 of ENO, the new Ghanaian drama series, Abena Baafi is on her knees. She’s thanking God for making her greater than her enemies and praying for the prosperity of her family, and specifically for her three daughters to get highly successful husbands.

She prays for her firstborn, Tessa, to set a “good marital example” for her younger sisters. She asks God to show her middle child, Safowaa, that “the most important thing is marriage, not degrees. God, the degrees are enough,” she laments. And finally, for her lastborn and favourite, Kendall, she asks God to “give her a man who can take care of her many needs, because her needs are endless.”

Welcome to ENO, Ghana’s first Showmax Original title, now streaming on Showmax across Africa, and also available to subscribers in the UK.

Abena is played by Africa Magic Viewers’ Choice (AMVCAs) winner Gloria Osei-Sarfo (The Perfect Picture – Ten Years Later). According to Gloria, Abena had a very rough marriage and therefore had to raise three daughters on her own.

“Her singular obsession in life is to see her daughters well settled, and, most importantly, with rich men. It’s not a bad intention; the bottom line is that she wants the best for her daughters,” Gloria says.

It’s a great role for her career, she says, one that will help her reinvent herself on screen. “This role is really going to change the narrative about Gloria Sarfo and her capabilities.”

Emelia Asiedu plays Tessa, of whom much is expected because she is the firstborn daughter. Emelia describes her as the most quiet and obedient of the girls.

“I think that comes from a place of wanting her mother to be happy because she witnessed the bad experiences that her mother went through in her marriage when their father left,” Emelia says.

Emelia relates a lot to Tessa. She also empathises with her for not being able to be herself completely because of “family burdens” and the role she has to play to take care of everything. “She’s not able to do exactly what she wants to do.”

Other than the top-notch production quality, people should watch ENO because the story is so real, Emelia says. “There’s everything that makes us human in there; from love to greed to ambition, all our flaws are fully exposed. For that reason, to be able to see ourselves reflected on screen, ENO is the one to watch.”

Esi Hammond (Rumours) plays Safowaa, perhaps the most stubborn of the girls, a bookworm who doesn’t shy away from flaunting her smarts even in front of those her mother reveres. “She’s very intelligent, confident and assertive. She knows what she wants and she wouldn’t settle for anything less,” Esi says. “She doesn’t believe in love because she knows what her mom has been through. She’s all about getting her master’s and building an empire for herself and for her family.”

Miss Malaika 2018 Mariam Owusu Poku plays the lastborn daughter, Kendall, a fashionista whose looks get her a lot of attention, much to the delight of her mother.

According to Mariam, Kendall is also the one who’s most naturally like her mother, Abena.

“She likes the finer things in life. And she’s very manipulative and so ambitious that it can be scary at times because she will go to any length to get what she wants,” Mariam says.

Related Topics:ShowmaxTop Story
Up Next

‘I’ve waited for a role like Abena Baafi for a long time’ – Gloria Osei-Sarfo tells it all.