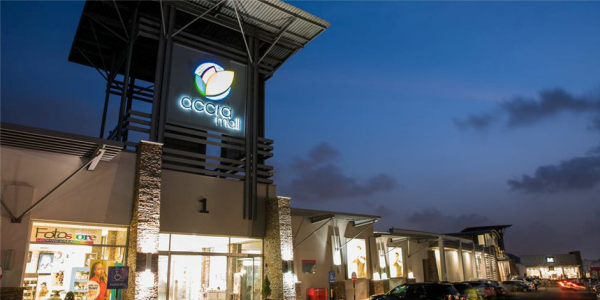 Okay so I have been contemplating whether or not to publish this article. Either I feel it would be a complete waste of time or it would make us some more enemies in the film industry. I guess the only way to find out would be to actually publish this feature #fortheloveoffilm.

I have always felt that one of the biggest shortcomings of our struggling film industry is what I like to term the “Accra Mall Mentality” and I would explain this.

A lot of our filmmakers measure the success of their films with the number of people who show up at the Accra Mall on premiere night. This mentality starts with this idea of filling up the Silverbird cinemas on opening night as the ultimate target of that venture. The idea involves doing promotions for a couple of weeks leading up to the premiere night, posing on red carpets for pictures, having an average of 3 to 4 showings or sometimes 5 (on a good night) and then issuing a press publication the following day that they had a successful premiere.  For those filmmakers, it ends there… to them they have been successful and they won’t hesitate to flaunt the pictures taken that night and not the ticket sales as proof of how “successful” the film is.

We don’t see or hear anything about most of these films after they are premiered. Besides, all the promotional actives were planned/budgeted and geared towards the opening night and most often don’t go beyond that. Obviously, those projects ended up exactly where they were made for, the Accra Mall premieres.

The argument is to aspire to reach as many people as possible with the film. And to achieve that, efforts start right from the conceptualization of the project. If you envision an “Accra Mall” film you are most likely going to end up with just that.

Actors/actresses too suffer from the “Accra Mall” mentality. For most, the opportunity to dress up fancy and having fans and revelers fall over each other just to take a snap with them fuels their questionable “passion” for film making. They simply care less how the films they starred in came out in the end, how the audience are reacting to it albeit the usual cheers and chuckles or how far the film is likely to reach. No extra effort is put in to it to make sure that the talent they exhibited in that film is seen by many others so as to propel or elevate their careers.

Upcoming talents see this and are unintentionally influenced to toe the same line. The glitz and glamour appear so fulfilling and rewarding to them. And they soon forget the need for talent, as a prerequisite for success in this field.  They just choose to slay and enjoy the fame when they could aspire to be more than just local stars with untapped potentials.

The essence of telling a story.

In as much as majority of people go to watch films just for sheer entertainment, that isn’t the case across board. After going to the cinema to laugh, it’s only fair that you go home with some message of some sort. Something you can ponder over on the ride back home. The essence of telling a story is the message in the story and not just to occupy or waste people’s time. Agreed, it can’t be the case all the time, at least not for everyone. But then again, what’s the need of wielding the power to communicate to the masses and then failing to use that power constructively. Delivering the film’s message could be direct, subtle or passive aggressively done. If done well, definitely those the message is intended for would pick it up and that adds value to the film. Which possibly leads to more talk about and definitely more demand for it. Especially from people who would rather watch a film based on recommendations.

If not cinemas, what else?

Yes, we lack cinemas across the country that’s the fact. Accra isn’t enough, but surprisingly that’s all some of these filmmakers endeavor to exploit. Only a few make that extra effort to ensure that they are able to put up screenings in at least all the regional capitals. Obviously because that sounds profitable to some extent. But the end game should be creating and satisfying demand across the boarders of Ghana. We are quick to argue that Nollywood has a market 10 times the size of ours. Regardless, they make sure they are not restricted to just that market. In fact, they don’t feel satisfied with it or the need to be complacent with it at all. They make that conscious effort to infiltrate other markets including ours. What stops us from doing same? It’s either we don’t have the money or we would say they won’t allow us infiltrate theirs. But the real question is, do we have the products that would be worth pushing that far?

How many of our “big” film makers can boast of having selections on international film festivals to their credit? Perhaps, just a few. One big film director argued with me one time that film festivals was a waste and that the average Ghanaian audience didn’t care about how many film festivals you’ve been to. (I hope he reads this). Forgetting that the picture here is bigger than just satisfying a few Ghanaians. These same festivals offer all the exposure and connects that our industry collectively craves for. There are countless examples of indie filmmakers who became global successes and the toast of big production outfits and distributors on the merits of how well their independent projects did on festival circuits. To make it to these film festivals we need to have appealing products. And that fizzles down to the need to add some essence to the stories we chose to tell with our films.  Why would anyone be interested in seeing our films if it’s going to be nothing more than just a waste of time at the end?

How many of our “big” films have been dubbed into other non-Ghanaian languages so they could be sold to other non-English speaking markets?  We basically are not willing to give any additional value to the products.

Most producers now don’t even think as far as distribution. It is not even on the plan of what to do with the film or how far they are willing to go with it. It’s true selling VHS and VCD’s is a defunct business module now, but there are still active ways of selling our films beyond premieres. Most of these yield long term results which also goes a long way to ensure longevity of the filmmaker’s business. But like everything else, the success of these channels in many ways depends on how appealing the films are. Especially, to reach that additional – very much needed audience who aren’t within the direct reach of the filmmaker.

We certainly don’t need anyone from anywhere to come and tell us or even teach us all of these. Times have changed and we have to change too.

Truth is, there is nothing easy about film making, but if it must be done it should be done well. We can’t up and start and expect to get everything right. Neither can we blame anyone but ourselves if we fail to consensually think global and make collective efforts at making sure that all the things within our reach are fully exploited.

Easier said than done, but we can start it all by first shaking off the “Accra Mall Mentality”. Let’s think global.