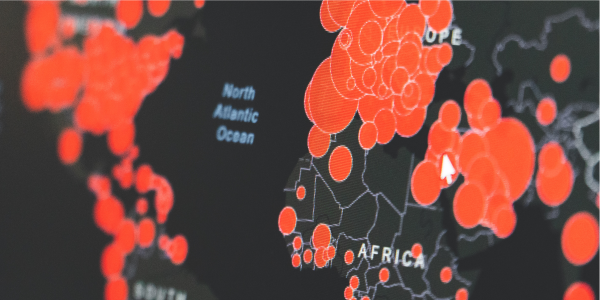 Photo by Martin Sanchez on Unsplash

Musings of a Moviefreak.

There is no doubt that we are in difficult times. The world is dealing with a global pandemic that cuts at our very basic human need to socialize. The film industry and cinema business worldwide have equally been affected by the impact of the virus’s rapid spread.

The closedown of screens and exhibition business in China is reported to have cost their film business an estimated $2 billion or more. Cineworld also which happened to be the world’s second-largest cinema group, warned last week that the impact of coronavirus could leave it unable to pay its debts and remain in business.

Also, the U.S and Canada this march has experienced the weakest box office weekend ever in 20 years. With all releases doing worse than analysts had expected.

Ghana’s evolving film industry likewise has been dealt an unexpected blow that is likely to open us up more to several unforeseen challenges. After the president’s directive to ban all social gatherings the momentum with which the industry started the year off has been slowed almost to a halt.

Our space only recently was beginning to see a resurgence of the cinema culture after it dwindled over the years.

Peter Sedufia’s ALOEVERA for instance, after a very successful record-setting opening weekend, was just about entering its second week of screenings at the Silverbird Cinemas as well as rolling out plans for its theatrical releases in other regions.

Several productions both for stage and the big screen, including the following that had announced and communicate dates and plans for release have been postponed indefinitely;

There is no telling how long all of this would go on for, or if the situation could get any worse. But the impact on the industry and its other extensions would most likely be felt for long.

There is no telling how long all of this would go on for, or if the situation could get any worse. But the impact on the industry and its other extensions would most likely be felt for long.

Generally, there would be a slow start for the revival of cinema patronage after the virus is fully contained globally.

A moviegoing survey conducted in China for instance revealed that 62% of people will wait for a complete COVID-19 containment before returning to cinemas.

We can adopt the following measures to help us get ahead of the situation to get our film industry and the business around it back on track.

There appears to be a rethinking of how the global film industry can reach its consumers aside from the cinemas. Many film studios across the world are considering releasing their newest movies on VOD or streaming platforms early as a result of closed cinema chains.

This would be the perfect time to take advantage of the social distancing directives and quarantining situations to deploy local streaming platforms filled with varied Ghanaian content, both old and new. With reasonable pricing, a new viable way to distribute our films directly in the homes of consumers could be achieved. With the current internet penetration rate for Ghana currently standing at 37.8%, there is a reasonably sized market that we can take advantage of. This could be a temporal fix to keep the industry and the business of satisfying consumers of Ghanaian films. Also, effectively executing this could provide us with a solid film distribution channel even in the aftermath of COVID-19.

With plans to tentatively reopen cinemas within the week after they shut down in January, China is considering using a re-run of old local box office hits and tittles in the cinemas to slowly revive interest in patronage. With 100% of the returns on such screenings going to the cinema operators, there is no doubt that they would be motivated to return in business to help revive the business.

Something similar can also be done here in our space. There are still some Ghanaian classics that have not been seen by many. Repackaging and re-releasing some of these classics at a cheaper ticket pricing is most likely to attract varying demographics of film lovers.

Of course, this would involve making sure that the available cinemas and screening centers and not overbooked or overcrowded to reduce physical contact.

Netflix, the streaming giant, and production outlet have announced that it has created a $100 million fund to support cast and crew who have found themselves out of work. The SAG-AFTRA has also set up a COVID-19 Disaster Fund for its members to request support from.

Even as we continue to fight this unseen enemy, we must continue to fight for the future of our film industry and endeavor to ensure that it reaches its full potential. Although the aftermath of COVID-19 looks gloomier for our film industry and the creative space as a whole, we shouldn’t despair. It might be very difficult to predict the turn of events, but there is hope as long as we choose to stay proactive and stay prepared for the worst.