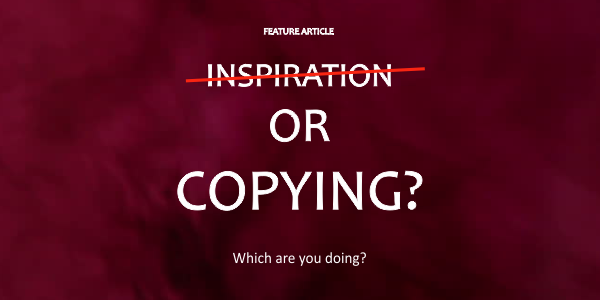 There is nothing really new under the sun, even the Holy Book in Ecclesiastes 1:9 speaks to that fact. This old adage or school of thought has often been the shield of defense for anyone found on the wrong side of discussions surrounding plagiarism and copyright infringement.

In recent times there have been several discussions on artistes stealing others creative ideas for their projects leading to them catching a lot of flak sometimes undeservedly.

Just like there is nothing new under the sun, it’s almost as if no idea is “original” in the sense of creativity. Film makers/screen writers are also caught in this mess of questionable creativity most often

All over the film universe, titles clash, openings/plots/themes and even closing sequences may bare resemblance. Even in some rare cases, some characters or story arcs might overlap with others from different projects.  But in most cases too it’s just a clear case of copying or should I say “borrowing” for a lack of a better word.

In fact, it’s no surprise that Bollywood remakes Hollywood films all the time whilst the rest of the world, mainly Europe, is the source of most Hollywood films.

There is absolutely nothing wrong with taking inspiration from someone else’s work. There are no clear-cut rules to go by. But there are basically two things human ethics and values should lead you to do. And you don’t have to be scholar to know this.

Give credit where it is due.

Nothing is taken away from your creativity or your visionary status if you admit to the source of your inspiration. If anything at all, you are likely to be seen in a totally different light and possibly revered for the gutsy move at attempting to duplicate someone else’s success, if that should be the case.

Willingly letting your audience know your source material shows how confident you are not just in yourself but in your ability to over deliver.  You also end up giving critics and skeptics a fair scale with which to measure your work against.

The moment you fail to do this its easy for anyone to accuse you of copying.  Getting exposed this way only courts controversy and opens you up for all the negative press. Just as we have seen in recent times across our creative arts industry.

Seek permission from the owner.

Planet earth is basically a global village right now, courtesy of the internet. You can find and reach out to anyone who wants to be found and reached out to. In case you are tempted to borrow or copy a portion of someone’s work, the least you can do is to ask for permission from the original owner.

In most cases its seen as paying homage to the originator of the idea. Like they say, imitation is the biggest form of flattery. The worst that could happen is the originator asking you to pay for the usage of portions of their work. Especially in the case the intended usage would be leading up to some reasonable monetary gain.

Getting permission also puts you in the clear from any legal repercussions, besides, consent either implied or expressed is everything in law. And this even extends to works in public domain. At least a tread of emails with you seeking and getting approval from the original owner is enough to help your case when push comes to shove.

Arguably there are several genuine instances where it just happens to be a case of coincidence that could still be blown out of proportion. But you still owe it to your audience and for the sake of respect for the arts, it’s only fair that you are open about your source of inspiration. Every form of creative arts is inspired by something. In fact, this feature article was inspired by a post I saw on my Facebook timeline implying that Hollywood had stolen a Ghanaian film just because they had similar titles.

Usually the argument starts and ends with who’s project was released first. And even goes as far as who is bigger than the other. But the onus lies on the filmmaker to willingly make known what inspired their project. It’s always the approach that disparages the intent and steers the conversation.

Truth is, it’s almost impossible to easily tell the difference between getting inspired by someone’s work and or copying in turns of creativity in arts. There would be cause for speculations as long as the motif or intent behind any creative work is not known publicly especially amongst pundits and purveyors of creative arts.

A thousand words can be put together to make this argument in varying ways but it’s all likely to be pointless excerpt to those who care enough about the growth of our industry. And such discussions are needed. Fortunately, or unfortunately, the legal systems on this side of the world have not been really tested when it comes to matters of this nature.

Should we wait till someone gets sued for their entire worth before we begin to pay attention and do what’s right?

I have always publicly expressed that GhMoviefreak.com is inspired by and modeled after global film platforms like IMDb, comingsoon.net, Screen Rant and infamous Rotten Tomatoes. Our creative space presents an array of hurdles and challenges that these platforms might not have faced on the come up but we are quite certain and resolute that we should be on their level in a couple of years…..

Yes! All because we do this #Fortheloveoffilm