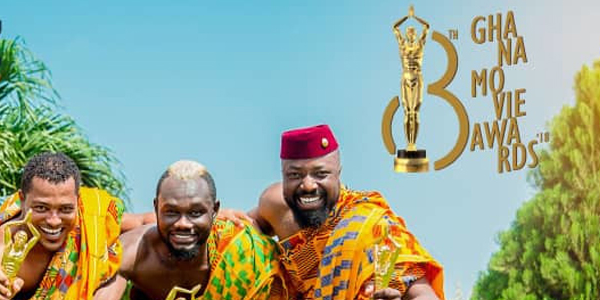 After many turbulent years, Ghana’s Film Industry is somewhat taking a turn for the better, content-quality wise. Anyone would have expected the 2018 to have been climaxed with a very well planned and executed industry awards night to throw some needed national-spotlight on this side of the creative arts industry which is still struggling for attention.

Judging from the films that were released in 2017 and 2018, this recent edition of the GMA should have been the biggest highlight for the evolution taking place in our film space currently.

The Ghana Movie Award since its introduction in 2010 has become an industry award scheme and deserves to be treated more than a one-day event. It has become a scheme that is supposed to highlight all the hard work and creative exploits of filmmakers in the country and not just another night for pomp and pageantry. The relevance of winning at the GMA’s should be likened to winning at any of the major film industry awards in any country across the globe.

All though several people feel content and satisfied with the winners announced for this year’s awards, there is twice that number of people expressing their dissatisfaction with the entire awards scheme. It is indefensible, the scheme has lost its prestige and panache. That is, if it had any to begin with.

For a scheme that is seen by many as Ghana’s version of the Oscars ©, you would expect it to be handled with all the seriousness and kept reputable regardless, devoid of any controversies. Besides the glitz and glamour on the night, winning at the Ghana Movie Awards should come with some approbation that should put our filmmakers in the elite class of filmmaking across the globe.

Where is the prestige?

The message is getting clear, if it’s not fallen into focus already, Ghana Movie Awards “appears” to be some business avenue to its organizers. If not that, then what else can be used to describe it? It sure doesn’t feel like the recently held edition was put together to bring any shine to the film industry. The evidence lies in the haste with which the nominations list was put out (leaving several unanswered questions), the absence of some good films released within the year and the nominations that seem to contradict the category definitions explained on the scheme’s own website.

Besides reports of the poorly organized event which started well after midnight at Kempinski, what else can be said about the 5th edition of this “prestigious” awards. Five full days after the event and there still isn’t a complete list anywhere on the internet indicating the winners of each of the categories. How is that a good look for the organizer/franchise owners?

Clearly, the organizers are content with the event they put together and careless about any post-event publications. Even at the time of publishing this piece there still isn’t any information on the scheme’s official website indicating who won what on the night. A huge shame.

It is no news at all that the winners from the previous editions as far back as 2015 have still not received their statuettes. And from all indications it is likely going to be the same fate for the recent winners, some of whom are only lucky to have few photographs of them holding the dummy plaques.

What is the point of having the event in the first place if winners can’t take home their statuettes even after 2 years?

What business does a “MOVIE AWARDS” have rewarding reality Tv shows? Isn’t the RTP Awards already doing that?

Again, what is the point of engaging the public in an online vote for categories that are completely decided by the supposed “Academy”?

Who are those that comprise the “Academy” and how did they even come by the nominations?

Absolutely no proper press runs were done about this year’s edition. It is almost as if the focus was on just making sure the “event happens” because it can be done and not because it should be done. Maybe that is the point the franchise owners set out to prove and not necessarily award the best of our filmmakers.

Considering that the awards hadn’t been held the previous year, it would only have been fair if the period under review was broaden to give chance to some of the releases from the last 2 years. It is almost as if the organizers just didn’t care enough about that or they simply chose to give priority to films released in the immediate year, with no explanation or justification whatsoever.

So why the stress of enforcing a strict black-tie dress code if the event wasn’t going to be telecast live on TV for the world to see? Just for the red carpet pictures?

Even with all the big Hollywood stars in town for the Full Circle Festival courtesy of Boris Kodjoe we couldn’t capitalize to present to them the best of our film space which could have led to some possible investments and future collaborations.

If it must be done, then it should be done well. What’s the point of having an awards scheme that only presents a bad outlook of our film industry?

What is the point of winning an award that comes with no prestige or glory?

Yes, the GMA is a franchise the owners would willingly lease or sell to anyone who can afford to pay for and run as they please. But the Ghana film industry deserves better.

Our creatives work hard enough to deserve laurels that put them in the spotlight for greater opportunities. In fact, filmmakers and their work should be the subject of all discussions for days before and after the night of the awards, just like we see with the Oscars.

The blame is on all of us industry stakeholders who sit back unconcerned whiles the relevance of this scheme further plummets.

Awards don’t put food on the table but they certainly fuel creativity and go a long way to help snuff out mediocrity. What are we fighting for if not a better film industry that is appealing to not just the average Ghanaian but the rest of the world. An industry that is ripe for investors because creatives are willing to give nothing but their best despite challenges , knowing that their efforts would be acknowledged and appreciated.

Instead of creating the façade that “we too” have an industry awards scheme for our filmmakers, lets work at making it a scheme that adds value to the craft.
What could be better than a genuine “big night” where all the stars come out to shine for the rest of the world to see?

We can only be taken seriously when we present ourselves in that light. The world is watching and it is our inherent duty to show them the best we can be.

This piece is not to take glory away from any previous or recent winners of the awards. It is simply meant to cause a rethink and a rejuvenation of the entire awards scheme, its structure and its overall significance to the growth of our industry #fortheloveoffilm.