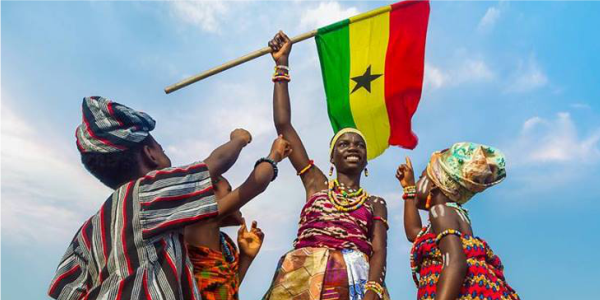 There is already so much talk about 2019 being the “YEAR OF RETURN”, which commemorates exactly 400 years since the first slaves left the shores of Africa. For many of the people of African descent who have retraced their roots and want to return to the continent, Ghana is most likely to be the first place they think off visiting for varied reasons.

Ghana’s President Nana Akufo-Addo declared and formally launched the “Year of Return, Ghana 2019” in Washington, D.C., in September 2018 and since then several activities have already been scheduled to welcome our brothers and sisters in the diaspora back home.

With the projected hundreds of thousands or possibly millions expected to visit the country throughout the year, it would be a failure on our part as an evolving film industry to not find ways to benefit from this. We might not seem it but we are an integral part of the creative arts industry and could be efficient tool for promoting and encouraging tourism.

But Are We Ready?

Film and creative arts wise, what are our brothers and sisters in the diaspora returning to? As an industry what have we also prepared to show the rest of the world as it comes literally to our doorsteps? Are we prepared for the opportunities that this year of return might present to us? Do we have solid projects with international appeal sitting on the back burner waiting for investor support?  Are we ready to use our art to conscientize and also give reason for these diasporans to truly accept Ghana as their home? Where are the “narrative changing” films that should be lined up for the screenings throughout the year?

The government might still be oblivious of the contribution of the creative arts to the GDP if enabled. This could possibly be the best time to show them our worth and full potentials. By being proactive we stand a better chance of possibly turning around the fortunes of what many see to be dying industry.

The Cliques and Petty Squabbles?

It’s not far from the truth that there seems to be cliques or factions in the industry as you would expect anywhere in the world. But what is the point of fighting each other for a piece of “nothing” when we can collectively build something that could possibly provide enough to go around. The in-fighting and petty squabbles have caused our film industry more harm than anyone would be willing to admit to. And with onset of opportunities comes more backbiting and blackballing. There is a lot of competition in our space, especially on the business lanes and it’s not stopping anytime soon. Everyone wants to be the first to make it through the door. There will always be the constant battle of who makes better films or who sells the most tickets, but doesn’t mean we can’t all want the same thing and not work hand in hand for it.

Although we might not have a united front, we could start co-productions amongst ourselves to be able come out with much bigger and better international standard films which would show the rest of the world we are indeed ready for international collaborations and co-productions.

People can’t buy something you don’t have for sale. What do we have on sale film wise to our diasporans?  Film too can provide a unique experience that can last a life time. What stops us from providing such experiences that could reap some long- or short-term financial benefits?

Things We Can Do To Make A Difference?

There is the Black Star International Film Festival as well as the Benpali Film Festival and other film related events happening later this year. These events should be projected and patronized by industry stalwarts to give it more credence and prominence. If these events had been made big enough by all and sundry in the film industry, then maybe they would have been on the list of events selected by the Ministry of Tourism, Culture & Creative Arts to highlight the year of return.

Secondly, there is absolutely nothing wrong admitting and highlighting our struggles and challenges through film. Taking control of the narrative starts with us being brutally honest with ourselves and accepting that certain things need to be addressed. What better way to do that than through film? Films that would illicit emotions, prick people’s conscience and subtly cause a paradigm shift in the ways we do things as a nation.

Film isn’t just fiction and storytelling. There are limitless subjects or areas of our lives that can likewise be tackled through documentary films. There should be several documentaries showing the beauty and struggles of our country over the years. A lot of these disaporans are in for a shock as they might not have been prepared in any way for what they might be coming to experience. These documentaries if well done would provide our siblings in the diaspora an authentic feel of what to expect when they return home and perhaps prepare them beforehand and reducing the culture shock.

Also, we should consider it more of a duty than a choice to portray our distinctive culture and uniqueness in the stories that we choose to tell with our films. No matter how small, it would not only give value to our films by setting us apart from the rest of the world but also go a long way in help preserving our culture and true identity as a people.

As creatives let’s not sit aloof unconcerned about “THE YEAR OF RETURN.” Let’s not wait for the government to put us in their plans, because they would most not likely do that in the interim. After all it appears the film industry and its proponents aren’t a priority to them at the moment. We should have plans of our own.

The Year of Return, simply translates to possibly a fresh start and more opportunities for our creative arts industry, film inclusive.

But the biggest question still remains… ARE WE READY? For #theloveoffilm, I hope we are ready, regardless of who makes the first move.