Ghana's First Ever Charity Driven Movie Set to Premiere at The SNAP CINEMA. 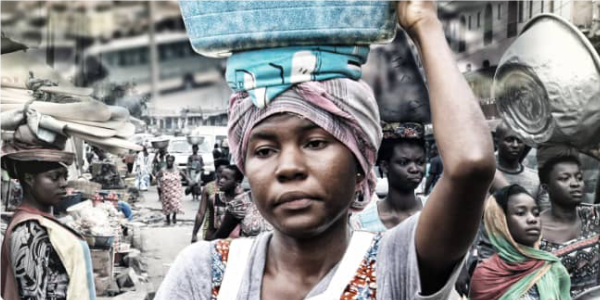 Ghana’s first ever charity driven movie is set to be premier this Saturday 31st August, 2019 at the SNAP CINEMA inside the AMA NEW BUILDING.

The premiere of Ghana’s first ever charity driven “SAVE THE STREET”, which is produced by BLUE-EYES FILMS, will take over the cinema in Accra this weekend 31st August 2019. The movie features new generation of actors namely Ophelia Doefia who play the leading role with Christine Owusu-Addo, Regina Dogbe and Stanley playing the support roles.

Ophelia Doefia makes her debut with a role in the new BLUE-EYES FILMS  movie  “SAVE THE STREET”.
Ghanaians have been asking questions ever since the first trailer of the movie SAVE THE STREET revealed last year.
The movie “SAVE THE STREET “is a narrative drama that has a lot of humor and at the same time lots of passions, intrigue, ambition and revealing the plight of street children.

The film stars popular actors such as Vincent McCauley Jnr of Things we do for love and Yolo fame, Lydia Ayiku (Mamalistic) Gladys Deeku, Tracy Mensah, Isaac Kofi Arthur and Belinda Panda. Producer and the director of the movie Mr. Frankquophy Awuku Hanyabui known in the movie industry as DR.HOLLYWOOD reveal his reason for making this movie was his passion for helping street children.

Tickets are on sale today and to purchase tickets of the movie, visit TWINS STORE at America House East Legon, Joyfm, AMA office Tudu or contact 0242918649 to purchase your ticket with mobile money.

What triggered the movie SAVE THE STREET? In spite of planned development and special provision for accelerated socio-economic development of neglected/disadvantaged sections, the issue of orphan, semi orphan and street children is not properly addressed. In our daily rooting we see many Orphan, Semi Orphan and Street Children on the street and market area begging, hawking, and striving just to get a daily meal. The problem of orphan / street children is acute due to urbanization and industrialization. Due to the Deaths of parents, Re-marriage of Deserted / Widowed / Divorce women, Absence of love and security in the families, Family disputes, Unwanted pregnancy, Trafficking / Sexually exploited girls, child abuse, neglect, hunger among others propelling issues; these street children are left without care and support. These children sometimes involved in scrap picking; pick pocketing and participating in anti-social, criminal activities. Therefore, we envisage mainstreaming these children in the national building by providing care, support and protection with SAVE THE STREET AFRICAN FOUNDATION.

The movie SAVE THE STREET produced by BLUE-EYES FILM is the first of its kind and forms part of a bigger vision by Mr. Frankquophy Awuku Hanyabui (the writer and producer) whose dream is not only to advocate for the plight of street children but also take an initiative of helping save the future of these children. Mr. Hanyabui reveal that the plight of street children become a matter of concern to him as far back as 1999 when he first came to Accra. He recall that his early days in Accra he has no sleeping place and had to join a group of unknown people to sleep at Tudu Lori station anytime he come to vacation to hustle to get his school fees before the next term begin. He said he realize many children go through a lot of suffering on the street and even sleeping place is another issue they face. He said he always go back to the street to support them, he said he always go round the market squres at Agbogbloshie, Makola, Tema station, Mallam Atta Market, Dome and Madina market at midnight just to see how these vulnerable children sleep and on one such routine he was shock by the plight of a woman with a three days old baby sleeping on a bare floor at Tudu bus stop in 2005.

I started giving and supporting this woman anytime I come back from a movie set but one day  I came back and could not locate the woman again, I try all effort to find this woman and the child but to no avail. I continua going round the street at midnight to check on these children, hoping to meet this woman and the child again but it never happen, whether she is dead or alive only God knows. In May this year I again met another young girl (Zoe Faustina Adwoa) heavily pregnant and collapse at around 10:30pm at the Tema station, with the help of a police officer I chattered a taxi and took the girl to the police hospital, she was admitted but when I return in the morning with food items to check on her I was told by the nurses that the girls was not in labor so they discharge her after giving her some money. When I ask how much was given her they were unwilling to mention the amount but after forcing them they reveal they gave her ten cedis (10GHS) hmmmm and to my surprise they have no record of her in the register at the hospital. I was sad and I wish the media can help me search for this girl. I have a video recording of her and pictures and I want her child to be the first beneficiary of SAVE THE STREET AFRICA FOUNDATION when we finally launch project on 20th November which happen to be thirtieth year since the United Nation Convention on the Rights of the Child (CRC). The 1989 UN Convention on the Rights of the Child (CRC) constitutes a bold new approach to children’s rights, requiring governments to assume new commitments to helping street children. Ghana signed the convention of the right of the child on 29th January 1990 and one week later on February 5th 1990 Ghana became the first country in the world to ratify the treaty, committing to adopt it into national law. But 30 years later governments have not managed to guarantee access by street children to their basic human rights.

Research findings are disappointing for in Accra and Kumasi: they suggest that domestic legislation is still insufficient, and that neither government has implemented the policies or allocated the budgetary resources necessary to ensure that street children gain access to their rights. Regrettably, data collection, monitoring of implementation and measurement of outcomes, are all gravely scarce for enforcement of CRC provisions in Local Government level. The findings suggest that Ghana has a nice structured children policy but implementation, monitoring and enforcement mechanisms are required to counter existing disincentives for governments to invest in street children.  Substantial improvements are needed, particularly in the field of enforcement, before street children can gain consistent access to their basic human rights.

SAVE THE STREET movie foci on Amavi a 13 years old girl, whose dream of becoming a medical doctor was shut down after her Aunty maltreat her and finally drives her onto the street because of 60 cedis. The story chronicles the life of Amavi as the lead cast and four other supporting characters (IYSHATU, NYAMEKYE and SHATTA LADY) as they hustle to survive on the street of Accra. As with many street children, Amavi make friends on the street and one of such friend is Iyshatu who also had to run from their village in the northern part of Ghana because at age 11 her father wants to marry her to a 62-year-old man.  And Nyamekye also at a tender age of nine (9) has become the only parent to his three younger siblings after the demise of their mother who was knocked down by a motorist whiles hawking on the street.

SAVE THE STREET AFRICA FOUNDATION will focus is restoration of these children’s hope through economic recovery, capacity building, and psychosocial support for the marginalized children especially children below the age of 15, orphans and vulnerable children on the street. These shall be through basic Educational training, practical skills in technical and vocational institutions, promotion of hygiene and sanitation in basic primary health care and sport promotion.

The primary beneficiaries of the program shall be the targeted vulnerable groups of head porters commonly called Kayaye who suffers most through abuse, rape and maltreated by criminals and in most cases have no one to care for them. This will improve their lives hence being in line with the Sustainable Development Goals I. No poverty, 2. zero hunger, 3. good health and well-being, 4. quality education, 5. gender equality and 6. clean water and sanitation. This initiatives facilitate and promote family educational, health and social needs.

Save The Street (Official Poster)

Related Topics:SNAP Cinemas
Up Next