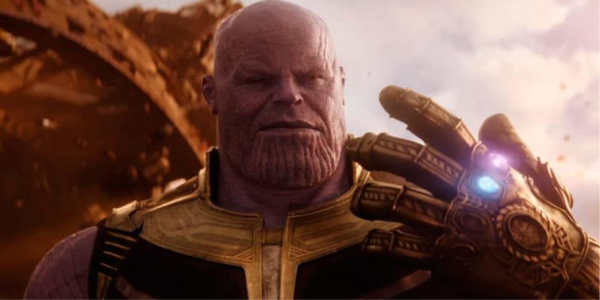 Feels like 2017 is speeding but it feels good anyways. The first quarter is already over and it’s game time for second quarter. If you managed to escape breaking your bank in the last 3 months over movies and premieres then we hope you able to make it through the  next few Months.

Here is our list of 10 titles to be released this quarter we would recommend that you see.

As usual this list is arranged in order of UK release dates. Hopefully, those should be the same dates they are released here on our side of the world as well.

In case you didn’t know the official title for this would “The Fate of the Furious” and its already looking like it’s going to be as successful as the last film in the Franchise released two years ago. The trailer promises mind blowing stunts and a very unimaginable twist in the story as we know it so far. We know for a fact we are not going to miss this one for anything in the world.

The first installment of this film (Guardians of the Galaxy Vol.1) definitely took us all by storm. We got to see a different aspect of Marvels Cinematic Universe and we loved it. Rocket Raccoon and Groot are certainly interesting characters anyone would love to see again.

Who wouldn’t be excited about seeing English football Legend David Beckham in a film? The story of King Arthur and the Knights of the Round Table has always deserved an epic film and looks like this is it. The trailer promises so much that you could expect from a King Arthur film.

It seems that every year Hollywood has at least one film about some act of valor of America Soldiers. Seems this that of this year. You can fell the intensity the trailer backs and there is no doubt that this would be a very nice film to see.

After the last installment of this franchised tanked everyone might have probably given up on Pirates of the Caribbean. Now we would love to see the return of Will Turner (played by Orlando Bloom) to see what different that makes. We hope it’s the last installment though unless they have something planned for this one that would make us want to see more.

If you didn’t know already, Baywatch originally is a very popular TV show from the 80’s that starred David Hasselhoff in his prime. It has a huge cult following so it’s a bit surprising that  they would attempt to make a film out of it. Hopefully this should be good, judging from the trailers we have seen.

We got a glimpse of Wonder Woman and her powers in Batman Vrs Superman last year and we’ve been dying to see what else DC comics have for us with their new wave. As we wait for Justice League it’s only fair that we get to soak in some more of Wonder Woman’s awesomeness with her origin story before anything else from DC Comics.

This is actually a reboot of The Mummy 1999 that originally starred Brenden Fraser as the lead character. This one has Tom Cruise in the lead role and promises more action and thrill that we would expect from a film about a mummy. Fingers crossed, we hope they don’t mess this one up.

Straight Outta Campton 2015 sort of set a precedent of what we would expect of any hip-hop biopic. It was that good. The life story of Tupac has been long overdue and it seems its coming at exactly the right now. If the trailers and promos we’ve seen is anything to go by, then this should be as good if not better than what we saw in Straight Outta Campton.  Any hip-hop head would definitely hate to miss out on this one.

The last installment introduced an entirely different direction and new lead characters from what we already knew from the earlier three films.  Now let’s see what else Mark Wahlberg has going on with our favorite alien robots. The trailers show there is a break in the ranks of the Autobots and they are fighting against each other, sounds familiar doesn’t it? Let’s wait and see how this goes, hopefully in 3D.

Ok so, there you have it, here is our list of 10 movies you need to see in the second quarter of 2017. Update your watch lists and get ready for the 2017s film ride.  Hopefully we should be able to see most of these as they are released and bring you our reviews and ratings on them.