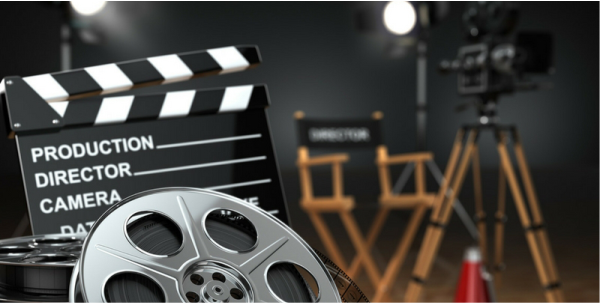 Film started over a hundred years ago around the late 19th century by inventors working independently in many countries developing several different film cameras and devices for making and showing films. These include people like the Lumière brothers (Louis & Auguste) in France who invented the ‘cinematographe’ which could capture, process and project films for exhibition; Eastman Kodak (UK) who developed a flexible film based material called celluloid, which is now used in film cameras to capture images and Thomas Edison (USA) who built the first film studio (The Black Maria) with an immovable camera. The early films usually consisted of a single shot with a fixed frame. They were extremely simple in form and style unlike what is made today. These films were usually everyday activities such as people in the park, a gardener watering his plants, workers coming out of a factory etc. These films were simple documentaries. It was not until the 1900s when filmmakers such as Edwin S. Porter began to experiment with film by combining different shots together to form a narrative sequence.

According to an economic impact report on the British film industry by Oxford Economics released in 2011, “The UK industry directly employs almost 44,000 people and supporting 117,000 direct and indirect jobs overall.” The report further went ahead to say that the UK film industry employed more people than fund management and pharmaceutical manufacturing combined. The US Federal Government official release on the measure of the creative industries in 2011 said “Hollywood (America’s film industry) and the video industry employed the most people totalling 310,000 workers.” The United Nations said in May of 2013 that “Nollywood (Nigeria’s film industry) is estimated to employ 1million people and had the potential to create a million more in the future if properly managed”. Finally, the National Film and Video Foundation in South Africa said the film sector in South Africa created more than 25,000 full time jobs in 2013.

The economic value of film is enormous which cannot be underestimated contributing millions of dollars to various nations GDP (Gross Domestic Product). For instance Nollywood, Africa’s largest film industry produces roughly 1,000 films on average per year. Nollywood is the second largest film industry in the world in terms of film production output while India’s Bollywood and America’s Hollywood are first and third respectively. Statistics indicate that Nollywood contributes to 1.2% of Nigeria’s GDP that is 853.9bn Naira ($5.1b) in value after Nigeria’s recent rebasing of its economy in April 2014. India’s film and television industry contributes an immense $6.2bn (Rs 28,305 Crores) to the Indian economy; the report found out that the sector has a total gross output of $20.4bn (Rs 92,645 Crores) where Bollywood contributes $3bn to India’s GDP. The UK film industry also contributes over £4.6 billion to UK’s GDP.

Aside film’s huge economic value, it is used as a propaganda tool. During the First World War (1914-1918), the British recognized early in the war that they needed to target neutral audiences, specifically in America, to either get them to join the war or further support the war effort in Britain. By April 1917, The US entered the war fulfilling Britain’s objective. Germany was one of the first nations to recognize and effectively use film for national causes during the war. The Germans saw film as an effective war weapon so they built the ‘Universum Film Aktiengesellschaft’ (UFA) a film studio, which was used to produce pro-German films. During the colonial period in the British West African colonies, the British also established the Colonial Film Unit in 1939 to produce propaganda films for African audiences to encourage support for Britain in its efforts during the Second World War (1939-1945).

Some nations have used film to promote their culture throughout the world. One common example is the USA; Hollywood has managed to influence various people all around the world. They have been able to use film to create delightful images of America to whet the appetite of audiences. Now everyone wants to go to America or be like an American. Even if one does not step a foot there, one tends to adopt certain peculiar mannerisms and behaviours of American characters in the films they watch by wearing their clothes, eating their food and speaking like them. Film is a very powerful tool which should be used for national development through the promotion of our culture according to legendary filmmaker, Kwaw Ansah. He also said that, if film is left in the hands of wrong people, it can be used to destroy the mindsets of a whole generation if care is not taken. Our first president, Dr Kwami Nkrumah saw how critical film was to national development hence the creation of the Ghana Film Industry Corporation (GFIC) to produce developmental, patriotic, and culture oriented films for Ghanaian and African audience. It was the largest and well equipped soundstage in sub-Saharan Africa at the time. Unfortunately it lasted till1990s when the Government sold it to the Malaysians.

Film involves a lot. It is very capital intensive; employs a wide variety of professionals and a tool for the promotion, documentation and preservation of our cultural heritage which must be taken seriously. There is the need for government to provide basic structures to enable a good working environment for filmmakers to function. The first basic structure the country needs is the implementation of the Development and Classification of Film Act, 2016 (Act 935) to govern the production of films in the country, to regulate films that are exported and imported and also to protect copyright holders from pirates and infringements. The cinematographs act of 1960 is an outmoded film act which should be replaced. Other structures that would aid film production include proper film distribution channels, multipurpose soundstages, back lots, theatres, cinemas, state of the art equipments and funding. Cooperate institutions, private sector and individuals should also contribute to the development and growth of the film industry. Film is not only a creative and entertaining venture but a business and a powerful tool for national development.

Barnouw, Erik (1993). Documentary: A history of the Non-Fiction Film