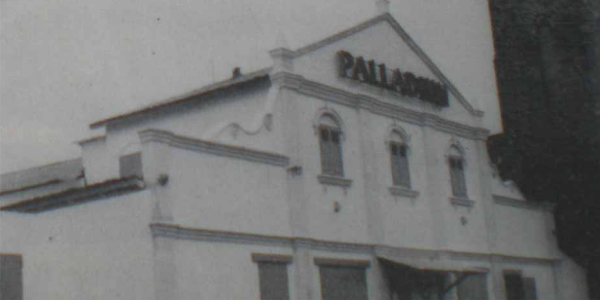 This is the first article of a series of articles regarding the beginning and the development of Ghanaian cinema over the years even before independence. It also talks about the types of films produced in a given era, the factors that influenced the kind of films and how they were produced, marketed and distributed in the country. These articles are based on excerpts from Dr Vitus Nanbigne’s 2011 PhD thesis titled Cinema in Ghana:History, Ideology and Popular Culture and personal research materials the writer also conducted.

Cinema in Ghana started during the colonial period when European merchants were trading on the then Gold Coast somewhere in the late 19th century to early 20th century when they came with Christian missionaries who preached the Gospel by using bibles and slide projectors before later using film projectors. They managed to draw and convert larger and more crowds as a result of their modus oprandi.

It is suggested that the first contact of any people on the Gold Coast with cinema dates back to 1910 when a trader of the Basel Mission, George Geppert projected slides to groups at the YMCA (Young Male Christian Association) at Christianborg, a suburb of Accra as part of bible classes (Dadson, 1998). It is believed that Geppert was possibly the first to show projected images on the coast. The Basel missionaries were from a German “peasant missionary church” who came to Africa because of their “desire to find free land to which German communities could escape the spread of German urban industrializations” (Roger, 1983, p213). Later on, other missionaries such as the Catholics and the Baptists joined in the effort to use cinema in evangelism. Once this was done the British colonialists also explored the potential of propaganda cinema to enforce colonial authority and keep natives obedient and law abiding.

Many films were made by the colonialists mostly documentary films that sort to teach about citizenship, taxation, hygiene; other films made also concentrated on the economies of the colonies to showcase achievements of the British Empire like in 1913; Cadbury (The British chocolate manufacturer) made a film to advertise their model factory at Bournville. Other films include the 1930s film Message of the Drum, about cocoa production and marketing in the Gold Coast and one about coastal forts and fishermen in 1933 which were produced by the then Empire Marketing Board (EMB)- established to promote British culture and trade in the colonies (Roberts, 1987, p 198). Films showcasing local industries, traditional rulers, markets and several developmental projects such as bridges, roads, railway, mining, activities and the opening of the deepwater harbour at Takoradi were all produced between 1927 and 1928. Most of these films were later re-cut and put together to produce a film titled West Africa Calling (1928) a film sponsored by the conservative party (then in office). This highlighted the progress which was accomplished under British rule and West Africa’s value for British manufacturers (Roberts, 1987, p 198).

According to Nanbigne (2011), in a conversation with filmmaker Egbert Adjesu and Ace cinematographer, Rev Dr Chris Tsui Hesse in 2004; revealed that the first commercial film exhibition enterprises began as early as 1913 in a few urban areas. For instance W. Bartholomew Company set up a commercial film viewing centre called the Merry Villas Cinematographs Palace which mainly admitted foreigners. Within a few years, other entrepreneurs started the commercial film exhibition business. One of such film centres was a theatre called Azuma in an area of Accra. Information available supporting its existence, who built it, what films were shown, who came to watch, cannot be found but is believed to have been one of the earliest cinemas built. A business man known as Alfred John Kabu Ocansey also built the first chain of film theatres in several major cities on the Gold Coast. The most popular of them was the Accra Palladium Cinema, situated directly opposite the Wesley Methodist church in Jamestown opened in 1925. Audiences paid to watch silent films which were exhibited by Ocansey using a hand-cranked projector. Audiences were actively engaged during the film screenings sessions through loud reactions and commentary. They would urge the operator to crank the projector faster during a fight scene or a chase sequence (Dadson, 1998).

Through these viewing sessions terminologies like ‘killer’ and ‘Jack’ emerged. ‘Killer’ was always used for the villain whilst ‘Jack’ was used to refer to the protagonist in every film, who was an intelligent, strong character who always over powered the villain at the end of the film. Other terminologies also emerged; for instance when the protagonist, villain or the main character in the film was killed, people would rise to leave and did not wait for the narrative to end; they made statements like, “Jack yaa mutu, cine yaa kaare,” the Hausa language meaning “If Jack is dead then the film is over”. Such statements were made by some West African immigrants in some communities in the Gold Coast. Dadson mentions a popular film operator; Ataa Joe cited in Nanbigne (2011);

“…Ataa Joe, who would usually run live commentary in a local language, to accompany the films he showed. Sometimes these commentaries did not relate directly to the film images but provided humour and subtext to the film’s narrative. It was also observed that often the commentary ran a few seconds ahead of the narrative. When the picture went bad or the projector developed a problem, the eager audiences might shout obscenities at Ataa Joe in order to get him to fix things quickly. Joe himself might shout back at the crowd. What was interesting in such exchange was that there was really no animosity between exhibitor and audience, but a common sense of shared euphoria, socialisation and humour.” (Nanbigne 2011, p.124)

Another individual, John Wilson, a former Government Information Officer in the Gold Coast also made mention of the creative and humours of the works of these commentators of the silent era of cinema in an interview with a Jamaican writer, Una Marson in April 1944.

“It’s a very interesting fact that, while we use silent films, the effect on the audience is the same as seeing and hearing a sound film; because the interpreter (commentator) now begins to play a most important part. As the films are shown, he gives a specially prepared commentary in the correct African language, full of local references, fable and traditional lore. He cracks topical jokes and even introduces his own sound effects. Everything is dependent on his skill; and these men are highly trained and hold very important posts.” (Wilson, 1944, p122)

Alfred Ocansey later employed gramophone sounds to accompany the silent films screening and by 1933 when colour film was introduced to cinema, Ocansey didn’t hesitate to take that opportunity to its fullest in the film exhibition business. It is said that Ocansey’s closest competitor at the time was John Holt Bartholomew, a British Merchandising Company that used a portion of its premises to show films to paying audiences. Ocansey used a gramophone to provide sound for the silent films while Bartholomew theatre employed an organ player; provided music before the film screening. Aside these two pioneers, there were various film exhibitors who moved from one village or town to next around the country.  These exhibitors would hire large walled compounds of large homesteads and charge entrance fees (Nanbigne, 2011). Though Ocansey possessed the largest chain of film theatres thus having a monopoly of film distribution at that time; it is unclear why it did not develop into a more structured business of film distribution in Ghana. Despite the significant roles individual business men played in commercial film distribution and exhibition, it was the colonialist who controlled film production in the country and they reached onto to a larger number of audiences in diverse towns and villages across the country.