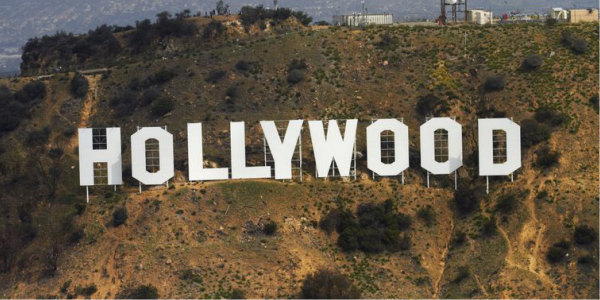 Hollywood filmmakers have been filming in different parts of the world for a very long time. Hollywood films have been shot in places such as the UK, France, Austria, Brazil, Australia, China, Japan, India, Morocco, Egypt, South Africa and even Ghana.

Since the 1990s, Hollywood films have been shot in Ghana examples are Deadly Voyage (1994), Ali (2001) and Beast of No Nation (2014). The State and the local film industry benefits immensely from these foreign productions because they provide revenue to the government through taxes, foreign exchange and they create employment because these productions employ actors, technicians, filmmakers during filming and also boost other sectors such as the tourism, hospitality, insurance and transport industries. Many more of these foreign filmmakers would be attracted to the country if certain structures are put in place in the film industry by the State, stakeholders and film organisations.

Back lots at Universal Studios in the USA

One crucial structure the state needs to put in place before anything else is the implementation of the Development and Classification of Film Act, 2016 (Act 935).This Act defines the parameters in which filmmaking can take place. Every developed film industry in the UK, USA, India, China and South Africa has legal framework that is implemented protecting the interests of filmmakers in their respective industries. The law provides a legal framework as to how filmmaking activities can be regulated including the activities of foreign filmmakers in a country. In almost all these countries, a percentage of filmmakers from the country [per the country’s law] must be part of any foreign production that takes place in the country. Foreign filmmakers looking for locations to film in, look out for countries with functioning film laws.Once the film law is implemented, there would be growth in other industries such as tourism, hospitality, food and beverage, transport and insurance.

Another major investment that the State in collaboration with private investors, industry stake holders should make is the construction and provision of film facilities such as soundstages, back lots, studio spaces, costume and props houses and state of the art film equipments for film production. These are places where film productions take place and tools used for filming. In the 1960s, our first president Dr Kwami Nkrumah built the GFIC (Ghana Film Industry Corporation) which was equipped with the state of the art modern equipments and facilities with the largest soundstage in sub-Saharan African at the time, which is situated in the present day TV station TV3 Network next to Afrikiko.

The GFIC was the centre of film production in the country and even to some extent West Africa producing films such the 1952 BAFTA (British Academy of Film Television Arts) nominated film The Boy Kumasenu, NoTears for Ananse (1968) and I Told You So (1970). Independent filmmaker, Kwaw Ansah also shot his award winning film Love Brewed in the African Pot (1980) at the GFIC soundstage. Many local and international film companies have used GFIC facilities for their film productions over the years of its existence. Unfortunately, due to the government’s divestiture programme the GFIC was sold to Malaysians in the late 1990s converting it into a TV station halting state funded film production in the country.

According to veteran actor, David Dontoh Academy Award® winning filmmaker, Steven Spielberg was willing to buy the Soundstage at the GFIC (now TV3 studio ‘B’) for US$ 9million in order to expand it to one of the biggest studios on the continent but was unsuccessful (www.ghananewsagency.org). Soundstages, back lots and studios are crucial to film production because it drastically reduces the dependence on residential, commercial and other facilities used for filmmaking. The Sate can generate a lot of revenue from the rentals of these facilities from both local and foreign productions aside the taxes that will be paid. Hotels, restaurants, cinemas, theatres can also be constructed next to the film facilities to generate extra revenue since these productions would patronize these other facilities in the cause of filming.

According to the Guardian, the British film industry is witnessing an unprecedented surge in film productions from foreign production mostly from Hollywood due to the availability of state of the art soundstages, studios, back lots and other film facilities. The unprecedented demand for these facilities has lead to the lack of space making British studios to turn away high profile international film productions. Due to this, some studios such as Pinewood Group, Warner Bros and Pinewood Shepperton are investing millions of pounds in the expansion of their studios and soundstages. This mad rush for British film facilities is pouring in billions into the British economy. A similar situation is occurring in South Africa according to a BBC report; International productions have been flocking to South Africa to use both their studios and landscapes. Cape Town film studios are luring in big-budget Hollywood productions such as 20th Century Fox, Paramount and Warner Bros but the demand is so much that they also have to turn down some of these productions.

The Sate and industry stakeholders should consider these structures critically because this could boost film production in the country and also create a stable environment for investment in the sector.

GUESTBLOG: How Ghanaian Filmmakers Can Win An Oscar® – My Opinion