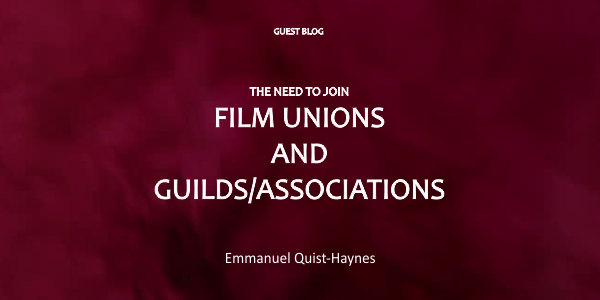 In the early days of cinema, there were no proper laid down structures to protect the interests of workers in the film industry. As a result of disputes, strikes and agitations for higher wages and better conditions of service, workers in the industry in many countries thought it wise to form film labour unions and organisations to protect their interests, mediate labour disputes and negotiate wages and benefits. Typically, these unions were formed based on specific type of workers such as writers, producers, actors, directors and technical workers. For example, Screen Actors Guild (SAG)[now SAG-AFTRA(Screen Actors Guild-American Federation of Television and Radio Artist)], Directors Guild of America, Producers Guild of America (PGA), Academy of Motion Picture Arts and Sciences (AMPAS), British Designers Guild (BDG), Directors Guild of Great Britain (DGGB), British Academy of Film and Television Arts (BAFTA), Screen Editors Guild of Ghana (SEGG), Directors Guild of Ghana (DGG), Ghana Academy of Film and Television Arts (GAFTA), Film Producers Association of Ghana (FIPAG) and many more.

Recognition of profession: These film unions serve as institutions that establish the professions of its members. They ensure that their members are “what they say they are”. For instance in other industries such as health, a doctor is allowed to practise and recognized as a medical practitioner if he/she belongs to the Ghana Medical Association.

Economic Rights: Film unions negotiate and set the minimum compensations (salary), benefits for its members. They also negotiate for proper and comfortable working conditions for their members. Eventually, as the guilds get recognition in the industry and membership grows, their negations become standard in the film industry.

Creative Rights: Film unions fight for the creative rights of their members to have full control of all creative responsibilities assigned to them with respect to their professions without any unnecessary interference. An example; the Directors Guild of America (DGA) guarantees its members “the right to be actively involved in all aspects of the filmmaking process including (but not limited to): one director to a film; right to a designated period of time to edit the first version of a motion picture or television episode without any interference…” etc.

Job Opportunities: Film unions are usually the first point of call for any form of productions because of their specific skills and are easily identified for both international and local productions. In most developed cinema industries such as South Africa, UK, USA and France, any foreign production coming into the country must employ a certain percentage of professionals from their various guilds in their country per their Film law.

Scholarship Grants: Some film unions provide free or subsidised scholarships to its members to pursue further studies in their fields of endeavour.

Development of cinema: Some film union have moved from negotiating labour disputes to development of the art, science and craft of filmmaking. An example is the Academy of Motion Picture Arts and Sciences (AMPAS). These film guilds create systems and structures to facilitate the development of cinema such as proper distribution channels, construction of cinemas for film releases, construction of film studios, back lots and provision of film equipments for film production.

Special Events: Some film unions host events such as seminars, screenings, workshops and cultural events throughout the year. These programs increase the profiles of professionals. It helps members to be abreast with current trends in the industry. Entries to these events are usually discounted or free to members. When film awards are instituted by these film unions, members have the opportunity to take part in nominating and voting awardees.

Contractual & Legal Protection: Film union contracts guarantee members certain minimum rights regarding compensation, working conditions, creative rights and others. The unions represent members in enforcing these rights and other rights. The Unions also assist in resolving dispute by discussing it with an employer. Members also get free or subsidised legal advice.