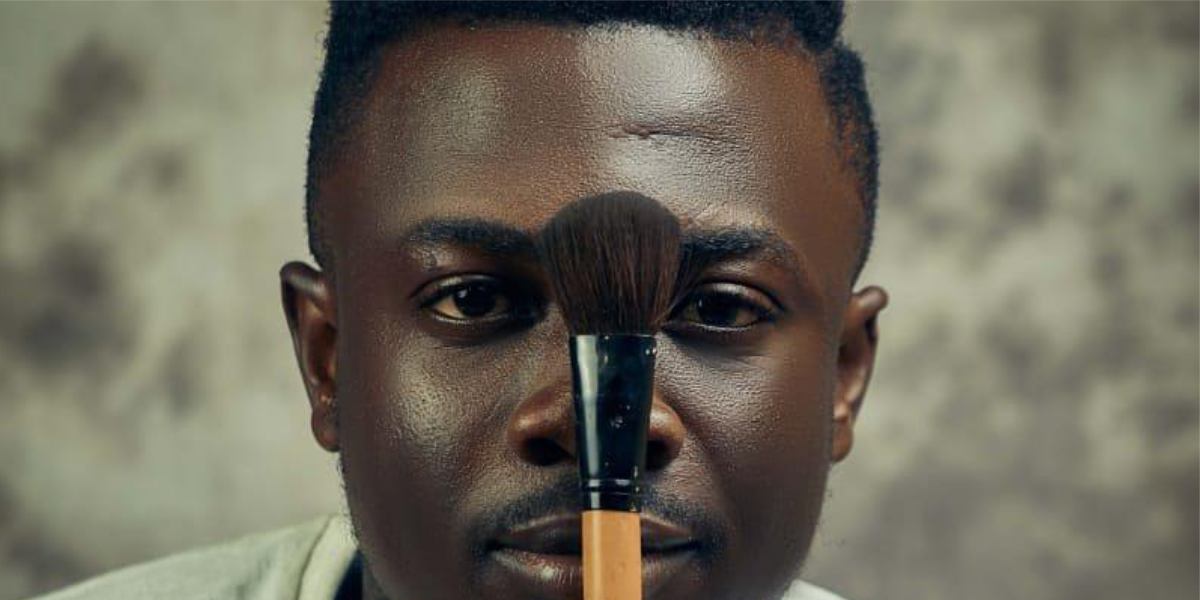 There is no denying that special effects (SFX) and makeup contributes significantly to the make-believe factor that comes with visual storytelling. Just like everyone behind the camera  SFX and makeup artists hardly get any of the attention or spotlight.

One of such creatives upping the ante is Nathaniel Amewugah popularly known as Kruz_K. The 25-year-old Ghanaian Special Effects and MakeUp artist holds a Diploma in Theater Arts from GH Media School, where he majored in Makeup and costuming.

After breaking onto the scene in 2016, he’s as acquired credits for his work on several film projects spanning 6 years. Some of the notable titles he contributed to include, Baabani, My Name is Ramadan, 95, Evil Dead and the yet to be released action thriller, Terminus.

He is also responsible for the amazing SFX and makeup work that transformed Reggae and Dancehall Act, Stonebowy into a wounded bloody mess in the music video for La Gbe Gba, off his recently released Anloga Junction Album.

Nathaniel is slowing making a name for himself in the film space and is likely poised to become the go-to guy for SFX and makeup services judging from how industry players react to his work he shares online.

Some of which are below,

Follow his works on his official social media handles @kruz_k

We will be looking forward to seeing more from him as he progresses in his career.