Movie Review: ‘Angel by Thursday’ – a pure labor of love. 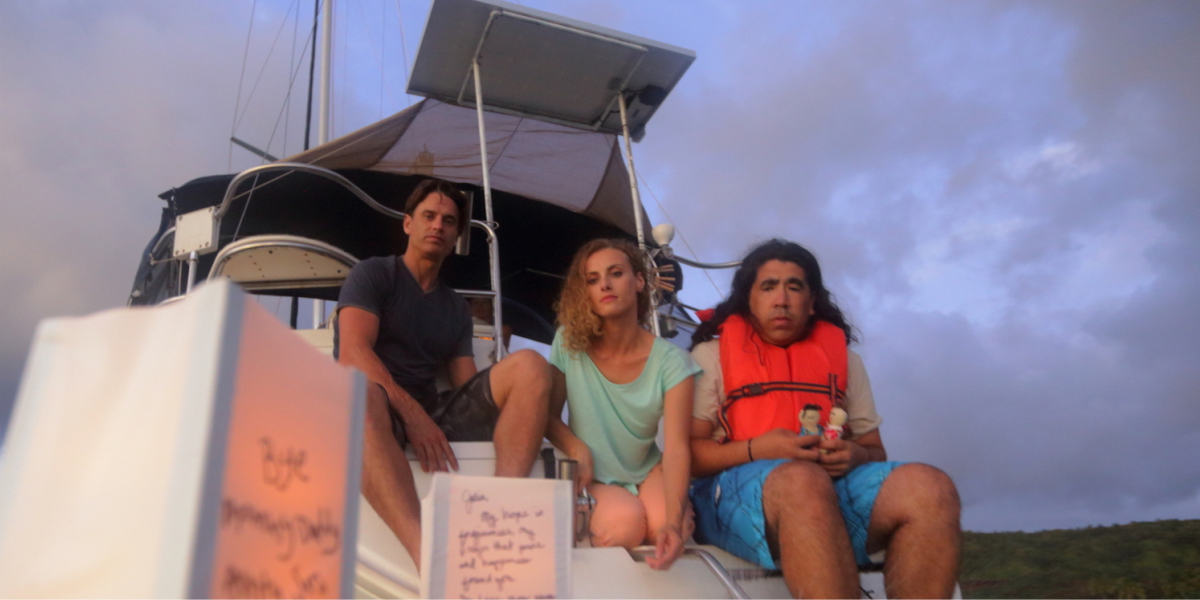 ‘Angel By Thursday’ is an endearing story about two families that are connected by a unique way.  Julia (Olga Kalashnikova) was abandoned by her mother whilst she was a child and is now living and working in Berlin. She receives a strange post card from Hawaii bearing a nickname only her mother used to call her by. She decides to travel all the way to Hawaii to try to understand why she got the postcard. Her path crosses that of Clint Tobias (Kenneth Matepi) a police officer who takes care of his mentally impaired brother, Toby (Russell Subiono).

When they first meet by chance, they immediately both despise each other and cans seem to stand each other. Clint comes over a quite domineering and a bit of a jerk but Julia doesn’t back down easily for him. She her is quite bossy and

We later find out that Julia’s mum Sara (Jennifer Kinsey) is a common factor in their lives. Together, they journey in search of forgiveness, healing and hope.

As the film progresses, we learn more about Sara and her struggles. It’s explained to us how she lost Julia as well as how she came to be in the lives of Clint and Toby. The flashbacks used are very well paced and flows okay with the narration without confusing the viewer in any way.

’Angel By Thursday’ looks and feels like a pure labor of love. You can tell from how genuine the story feels. Writer and directed Jeff Wallace tells this story with very little at his disposal and it shows even in the final output. Clearly it was made on a shoestring budget but it has a lot of heart.

The ADR work is very obvious and shabbily done. You can almost always tell when the dialogue has been replaced since the lips sync is totally off in several scenes.

The acting talents are able to carry the story along regardless of everything that might be wrong with the film technical wise. Their expressions and mannerisms feel very genuine and complements the story being told. You feel their pain, despair and share in their joy and hopes as well. And by the time the story ends you are happy for them and the sense of closure they seem to have found.

What also works for this film is the choice of locations. Hawaii provides a perfect backdrop for this film but ‘Angel by Thursday’ captures in a way that you probably don’t get to see in most films set there.

I would score this film 5/10. It is not perfect and it doesn’t try to be. It just tells a story and hopes that by its end its message of love and hope are carried along.

It is one of those films that is difficult for anyone to watch but it tells a story that might resonate with a few. You could call it a dreamer’s project. However, it is honest and from a good place. With some patience, you might enjoy the story and it would be worth your time by its climax.

‘Angel By Thursday’ might be best suited for festival audiences but it is certainly something worth appreciating. Perhaps in a perfect world and with the right resources and the right backing Jeff Wallace and his team can get this right.

Angel by Thursday | Official Trailer (2021) from Olga Kalashnikova on Vimeo.