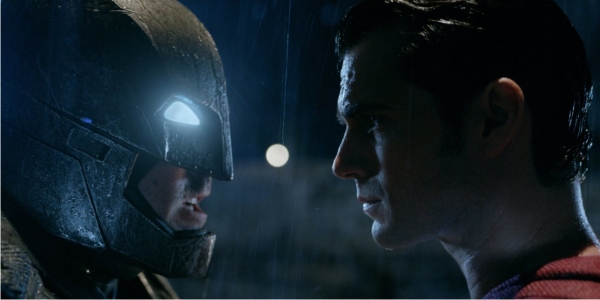 For the core lovers of DC Comics, these past few days leading to the release of this title certainly might have felt like a long uneasy wait for Christmas.  And for anyone else the title alone was enough to stir up some interest. Who wouldn’t want to see the Dark Knight come face to face with the Man of Steel?  It’s announcement some years back left a lot of movie lovers wondering when 2016 was ever going to get here.  It was definitely worth the wait.

In Dawn of Justice, a vengeful Batman fearing that the actions of Superman if left unchecked could put more lives at risk decides to take on the Man of steel. And whiles the rest of the world debates whether Superman is really needed or not, Lex Luthor creates a much greater threat, Doomsday.  It’s up to Superman and Batman to set aside their differences and join forces along with Wonder Woman to stop Doomsday from destroying Metropolis.

Two great DC comics’ superheroes with different backstories perfectly put together in one film. The writers did an awesome job in finding a way to merge these two stories together without leaving room for any serious confusion.  You get to see why Batman would even dare to step up against the Man of steel.

This movie directly follows events from the 2013 hit Man of Steel that had Henry Cavill don the cape of hope for the first time to the admiration of the movie universe. And he certainly delivers in reprising his role in this title. Henry Cavill, is indeed Superman and we hope he plays that role for a very long time.

Although a lot of people would have loved to see Christian Bale still playing Batman, after seeing this movie you can’t think of any other person than Ben Affleck being the best person to fill his shoes. His physical transformation alone shows the dedication he put into filling those shoes and he did a good job stunning us with his debut Batman appearance.  We are excited about seeing him in Batman a stand-alone movie.

Jesse Eisenberg  gave us a very different outlook on the Lex Luthor character.  Instead of the quiet, reserved, criminal mastermind everyone knows we get to see a very quirky, vocal, cynical and obviously crazy Lex Luthor.  Although this seemed a bit out of place, he made a great villain and he was certainly a good casting choice.  We are also excited about seeing the Wonder Woman movie set be released next year after that amazing intro from Gal Gadot.

Director Zack Snyder does an excellent job with visualizing this movie. The pace builds up slowly from the start and gradually sucks you. Overall the story line for this title was good.  If you are expecting it be all about just Superman and Batman going at it from start to finish be ready to be disappointed. A lot of details had to be considered to make this story be about much more than just our two superheroes fighting each other.  This movie clear fully sets you up for all that is expected from the world of DC comics in the coming years. You get to have a better feel of the dark, intense nature of the DC comics in contrast to the Marvel Universe.  You could almost feel something evil breeding with every scene. Its nice to see dark and gritty side to a superhero movie and yet still love every bit of it.

Cinematography and editing was good.  The CGI effects were not overly done or poorly executed and was all that this movie needed to be as entertaining and exciting as it was.

Anyone could argue that Marvel’s Avengers is better than Justice League but we can only say we have a feeling we are being prepared for something greater and more breathtaking than we have seen in this title.

We would give it a 7.8/10 rating  because  although it was nothing close to anything we were expecting to see, it did hold its own and certainly has the potential of raking in more box office numbers in the coming weeks  judging from the reception it is getting from the movie universe already.

If you are yet to see this movie, don’t waste any more time. Batman vs Superman isn’t something you should miss out on, especially on the big screens. Be prepared to be more than impressed in so many ways.

Do well to leave you comments, feedback and opinions about this movie in the comments section below.

Related Topics:BatmanSupermanTop Story
Up Next