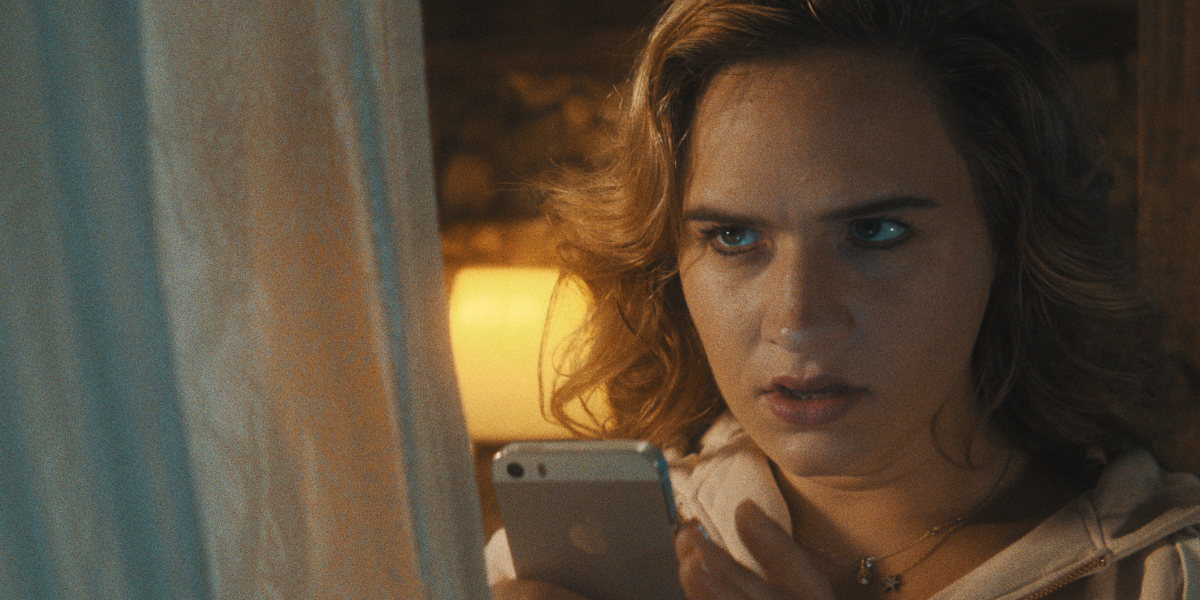 In Camp Wedding Mia (Kelley Gates), her finance, Dalvero (David Pegram), and their bridal party made up of a group of friends arrive at Pocumtuck the day before their wedding to set up the venue.

The film starts as a fun rom-com but is a comedy infused horror film that attempts to dabble in some social commentary.

Camp Pocumtuck has a dark history that seems to hunt the place. In 1985 it was a religious summer camp until it was shut down when a young girl was mysteriously struck by lightning and drowned. The land on which the camp sits was once the site of a massacre of Native Americans. Also, several women had been burnt for being witches nearby several years back.

You would expect that this film would be creepy with loads of unexplained paranormal activity at least on this premise. But it turns out to be a slasher spoof that ends up being shallow and somewhat confusing.

Mia and her bridal team arrive at the camp they had booked by AirBNB a day before the wedding to prepare the place for the wedding guest.  They seem to already know some details about the camp’s past but, it’s never explained to us exactly what the motivation was for choosing it for the wedding. They seem to have a plan on what to do initially when they arrive but most of the friends are reluctant to help. We never actually get to see the characters try to get the viewer to like them.

As is very common with any group of friends, there is some drama and unresolved conflicts amongst some of them. Tensions mount as miscommunications and misunderstandings erupt amongst them.

They each start receiving strange text messages after which they start disappearing one after the other. And then there is a murder or so we are led to believe.

The film now sinks in a flurry of chaos as the friends try to get to the bottom of what is happening whilst trying to stay alive, not sure who amongst them could be behind the strange texts, disappearances and killings.

They discover a polaroid picture wall that was used as punishment to shame bad kids at the camp. The wall would later help provide some answers to the strange happenings.

The film generally gets fast-paced and more confusing at this point leaving little desire. Some of the happenings in typical slapstick comedy fashion are just silly and clumsy. Perhaps, purposefully to force a laugh.

The suspense isn’t there even with the obvious ominous sound score and somewhat clever cinematography. You can see right through the characters and know who is trying very hard to give their best.

It is difficult to see this film to be anything more than it actually is, a cheese-fest. I would score it 4.5/10.

As a horror flick, it serves the least amount of fright even for the very faint-hearted and tries to be funny more than it really is.

If anything works for this film it would be its attempt at social commentary using satire. Perhaps its real message is about how people are addicted and consumed by social media these days. The characters are clearly obsessed with phones and internet trends. And it seemed like all that mattered to Mia is to get her #campwedding to go viral.

Camp Wedding isn’t a complete waste of time if you don’t expect too much from it. It may be fun if you are into films that are not meant to be taken seriously. A good social commentary piece or a complete cheese-fest? You decide. Just sit back kick your feet up and enjoy the craziness.