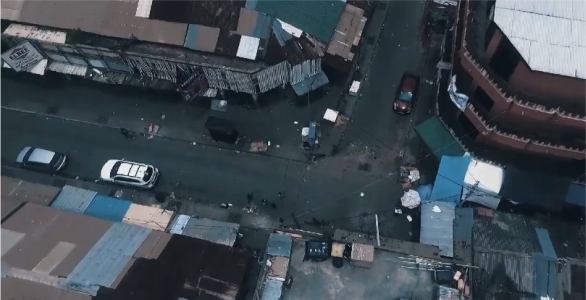 Effort is everything and effort should be appreciated. Independent film makers face challenges but still make efforts to tell some compelling stories that not only entertain but seek to educate and inform.  Last night we got to see Conscience, a romantic drama with psychological elements that speaks about a subject that we all need to be reminded of all the time.

CONSCIENCE, a film written and directed by Tony Hans tells the story of Rukiya a fun-loving girl street girl who goes after men and willingly offers her body for anything flashy they can offer her. She contracts the deadly HIV virus or so she thinks and decides to go down with as many people as she can. Her promiscuity worsens but she ends up falling in love with one man who wants more than just sex from her.

The film progress with Rukiya telling us her live story as she pens down a suicide note for her lower.  At every point we are reminded of the mental state she is in and how her judgement seems to be clouded by her conscience, through the voices in her head.

Sometimes our conscience is our only friend or guide and most times it ends up leading us to the darkest of places. Rukiya is torn between what she thinks and what she fears to know. A very common state of mind for anyone facing something inevitable they seemed to have brought on themselves. She goes on to take a decision only because her conscience and the shadows of her past won’t allow her think otherwise. Truth is, there are several people who find themselves in Rukiya’s situation most times through no fault of theirs. And this film is likely to speak to them, awaken and steer their conscience to the right direction.

You can’t help but appreciate a film that not only seeks to entertain but also makes an effort at educating. And that’s exactly what this film provides, in our opinion. Although we seemed not to agree with some of the facts about the diagnosis and detection of HIV projected in the film. Especially in the scene with a doctor speaking over the radio set.  (More than half of the GhMoviefreak team are full time medical practitioners for that matter, so we know). For anyone who pays attention to those inaccurate details, you are likely to get startled and confused.  We can only blame that on the writer for not doing thorough research in that area and getting the education and message across flawlessly. The effort and attempt are still very commendable nonetheless.

The acting from most of the characters seemed a bit too forced and didn’t quite fit in with the youthful appeal that this film needed to have. The dialogue comes off as too unnaturally perhaps due too poor delivery from the cast who seemed to be mostly novices.

The screenplay seemed to have several scenes that dragged on for longer than we felt they should. Because of its slow-paced nature and the progression of the narrative, you are left wondering why it’s still dragging on when you might have gotten the point of the scene half way through it already. We found ourselves counting the minutes especially towards the climax of the film.

We feel this film deserves a 5.6/10 rating. It does well at sticking to its message and theme from start to end. It preaches a strong message of love as well as forgiveness and the need for having a moral fortitude especially in the battle against promiscuity. But we seem to feel it could have better delivered on the educational aspects of it considering that HIV/AIDS isn’t a subject that can be taken for granted.

This film uses a lot of beautifully executed aerial shots especially for external scenes giving the film a third person point of view that seemed very intense. Right from the opening scene you are led on to expect a fast paced build up to an epic climax in the end. But in the end, it settles on very predictable yet mellow emotional delivery that leaves you touched. And you can only watch this film to understand better.

Incase you missed out on the premiere of Conscience on Sunday night, be on the look out when next it would be screened as the producers plan to go on a tour with it.

If you did get to see it, kindly share with us your thoughts on it in the comments section below.