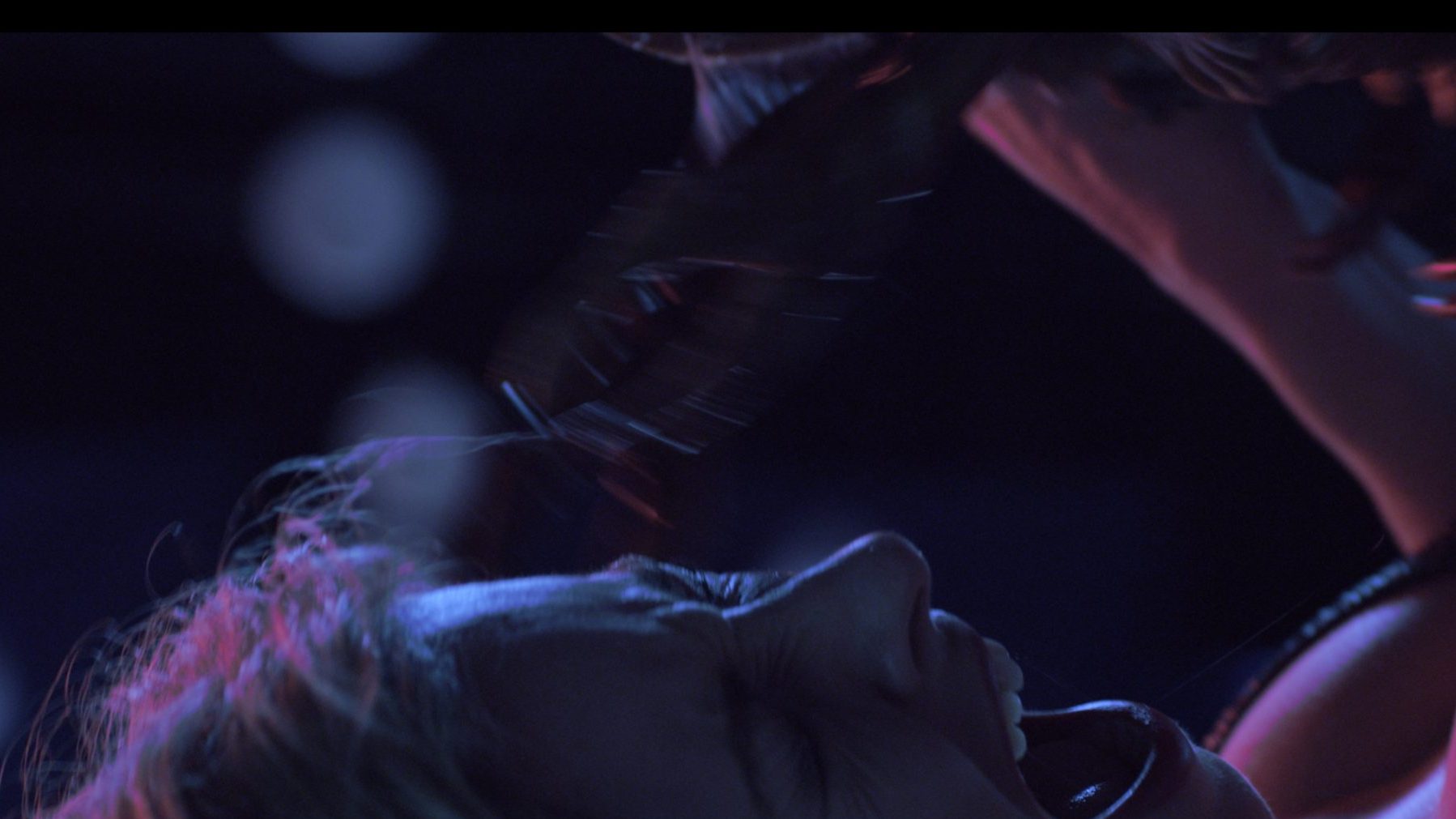 In ‘CRABS’ a horde of murderous crab monsters descend on a sleepy coastal town on prom night, and only a group of outcasts can save the day.

Set in small California town, the film attempts to deliver a simple brew of comedy and classic monster horror laced with tales of romance and comradery.

After years of unchecked nuclear waste runoffs, the towns healthy population of horseshoe crabs have mutated into deadly blood thirsty monsters. They soon take the town by surprise feeding on un expecting townsfolk. The more they feed the bigger and deadlier they come.

The writer and director (Pierce Berolxheimer) does a good job at trying to broaden the plot with several characters and their distinctive subplots. Philip McCalister (Dylan Riley Snyder) appears to be at the center of the plot. He is confined to a wheelchair and hoping to walk one day. He is brilliant and is working on special science project that is supposed to help him stand on his own out of the chair and walk. He is often seen tin he presence of Maddy (Allie Jennings) his best friend. She also helps him with his science project. The pair are clearly more than fond of each other and soon it’s obvious that there is some romance brewing between them.

There is also Annalise (Jessica Morris) their high school teacher and Maddy’s mum who interestingly seems to be romantically interested in Hunter McCalister (Bryce Durfee), Philip’s older brother who happens to have been her student at one point. The two never hit it off but the chemistry between them serves up another slice of romance that lightens up the otherwise dark and gnarly main plot.

Another character of interest is Radu (Chase Padgett). He’s a foreign student who speaks in a not so clear accent. He provides almost all the humor that this film is supposed to have as a horror / comedy. That that he is funny or the typical class clown type of character, he just comes off gimmicky and slightly quirky in his antics and delivery. The story sets him up as a character that might get killed off early in the screen play. But interestingly he rides it through all the chaos and menace of the monster crabs to the end of the film.

Would you stand to be eaten by a crab?

Together, the group seem like the towns best shot at survival. Phillip’s little project later on becomes the only way to take on this mutant crab infestation and save the town.

The cast do their best with their combined shared screen time to hold the story together and keep you engaged right through to the end. Their performances might not be the best you have seen or will ever see but it works for this film and its intent. Just like the story being told, you can’t take them serious even with all their exaggerations.

The special effects are quite decent for the film. The mutated crabs are believable, creepy and frightening enough. You can’t help but also get grossed out by the blood sputter and flying limbs. As you would expect in a monster horror film of this kind. The makers also manage to get away with some okay visual effects as well. You see sparks and gushes exactly when and where you are supposed to see them. However, it gets too amateurish at some points when they scene required the need for some extreme mind-blowing CGI. But that too can be pardoned if you watch this film devoid of any high expectations.

In all, it’s a fair attempt considering this being an independent film possibly made on promises and a shoestring budget. A typical B or C movie in all sense that was made with the intent of giving the audience something just to while away time with.

I will score it 5/10 for its attempt. It is easy not to take this film serious and still patiently sit through it whilst enjoying the entertainment it intends to serve.

CRABS! isn’t a film you go to with very high expectations. You might not even be able to sit through to the end and it might absolutely not make any sense to you. But it is somewhat entertaining and worth the shot if you are bored and have nothing else to watch. By the end, hopefully you are entertained and not completely grossed out. You might not be interested in sitting through it again after a first watch, but yes do give it a chance.

Movie Review: The Issue With Elvis – A loner and a young boy.

Movie Review: ‘Adventures of Success’ – The Power of the Female Orgasm.