Movie Review: Eradication – A pandemic, a man in isolation and zombies. 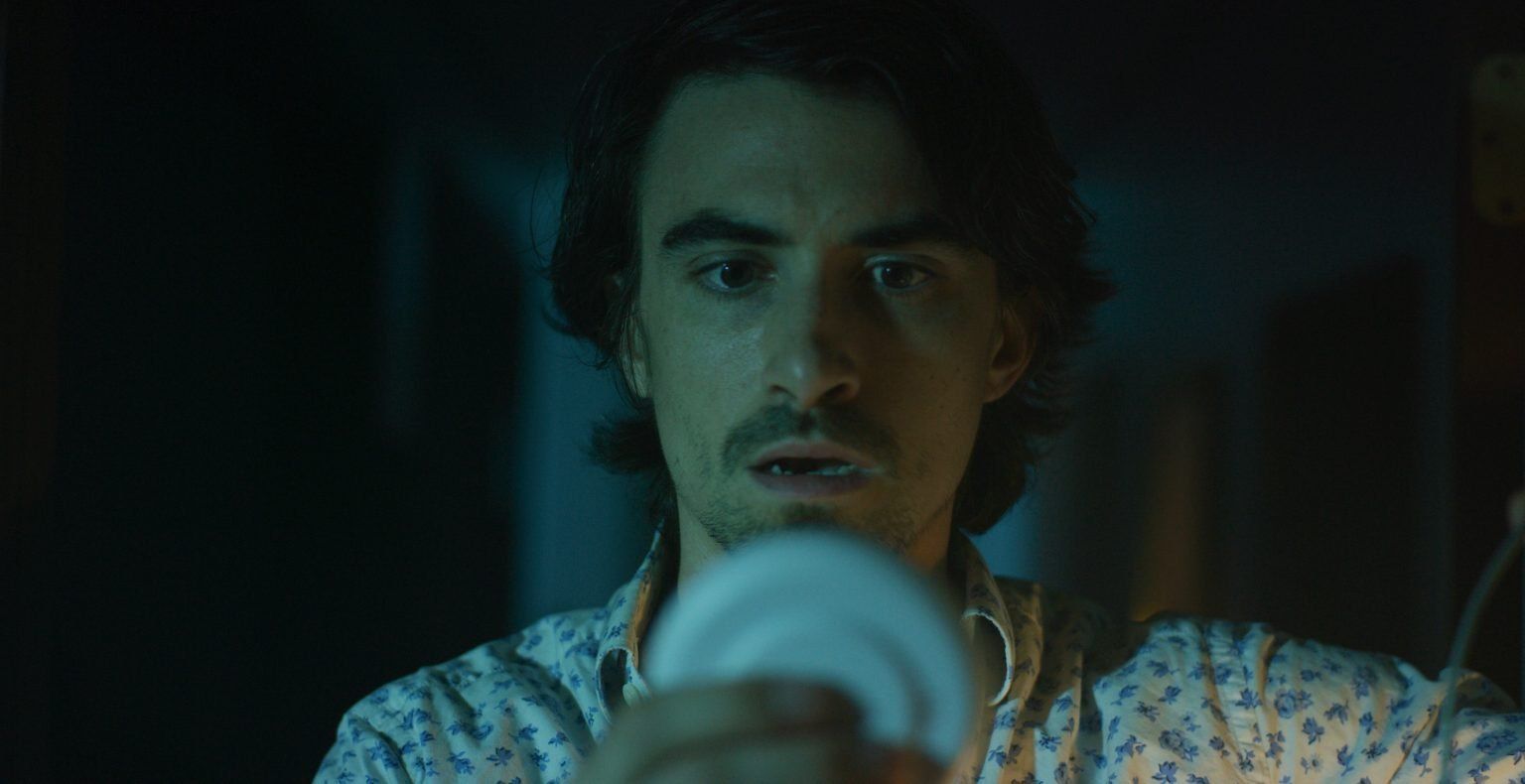 When an unknown disease wipes out most of the world’s population, a man with unique blood is isolated for study. Fearing for his wife’s safety, he breaks his quarantine – into a world overrun by monstrous Infected and a shadowy agency hunting them down.

That is the premise of ‘Eradication’. The year is unknown, the world has been plagued by a ravaging pandemic that turns infected persons into Zombies. David Baldwin (Harry Aspinwall) is an asymptomatic carrier of the disease. His blood might provide answers to riding the pandemic. So, he is been kept isolated and under study in a remote mountain wilderness. His only contact with the rest of the world is a video link with his wife Sam(Anita Abdinezhad) an epidemiologist.

Sam is trying to find a cure whilst she also keeps safe from the virus. But that might not be the only thing she has to worry about. Her life might be in danger as an agency might be hunting her down. David believes so too so he attempts to leave his isolation to try and get to his wife to save her.

From the look and feel it certainly clear that this is an indie film made on a lean budget. But it is certainly an indie film well thought out and well executed. Everything available was well used to enhance and tell the story as best as possible. It was very minimal cast with remote locations and very limited physical, face to face interactions between the characters. You can almost immediately tell that this was film made during the COVID 19 lockdown period.

Eradication does seem like just another film about a pandemic except that this a bit dark and grittier. You feel the not only the extent of the damage that the pandemic might have caused as well as the fear and despair that survivors might be forced to live with.

The cause of the pandemic is not revealed to us. All we are led to believe is that a lot people have been affected and David might be the only way to end this.

It is not until David out in the woods encounters one of the infected persons that we get to see that infected persons are Zombie like and get burnt in the sunlight so only choose to come out when it is dark.

Even though it is a film about Zombies, there aren’t your typical shots of massive hordes of blood thirsty zombies are senseless violence and chases. It is mild on the gore but you get the sense always that there is something or someone out there to get David. You are constantly kept at the edge of your seat on the lookout for whatever or whoever is coming to get him.

Not much is explained or made clear enough either through dialogue or the narrative style. You are just left to make your own deductions and assumptions as you follow the story through to the end. Someone or something is after both David and Sam and we can never tell who or what. You are just doused with a creepy intensity that weighs you down and holds your attention through the film.

David’s motivations however are simple, he must try and get to his wife to save her no matter what is out there to get him. Even if it means putting himself at risk.

Most of the film’s scenes are set either in a not so well-lit cabin or in the mountainous woods. This provides the perfect backdrop for the films dark and gritty feel. This also adds up to the suspense, intensity and seemingly chaotic tone that the film has. Through it all you get the sense of how lonely and isolated David is. It might not be exactly reminiscent of how the COVID 19 pandemic felt but it eludes how possibly worse it could have been.

I would score ‘Eradication’ 6/10. It looks and feels exactly the way it is meant to be, creepy and intense. But the story is not too clear enough to satisfy all your curiosities and answer all your questions. As an indie film made on a lean budget it shows so much promise in the potential of its director Daniel Byers. If someday he does choose to remake this film perhaps with a larger backing and a much better layered screenplay it might potentially be bigger and better.

Eradication is a Tubi Original and is available for free on the streaming platform. You should certainly check it out.