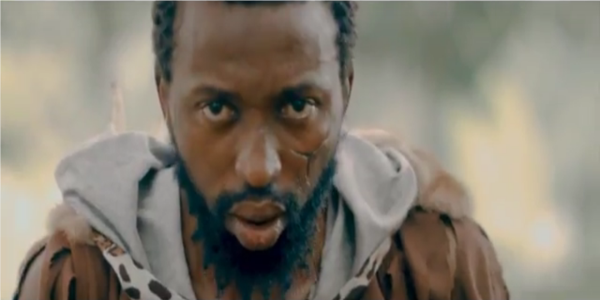 It’s refreshing to see our filmmakers try out other genres of films regardless of the extra challenges these genres might come with.  Clearly, it’s been a while since the Ghanaian cinema audience got served with a horror styled film so you can imagine the excitement for us when we first heard about Abu Idris’ “HASHTAG”. We can only imagine the challenges he faced in pulling this one off in this genre of film that we are yet to fully tap into.

“HASHTAG” tells the story of a psychopathic couple on a revenge mission on a group of young adults on the anniversary of a day they all can’t forget but choose not to remember or speak about. The powerful couple use money, technology and creativity as their tools to dish out what they believe to be justice and vengeance on the un-expectant group whose chances of survival depends on them coming together despite their differences.

The film starts right off with an intense feel and proceeds to break down the story as each of the central characters is introduced. And as it progresses, it uses flashbacks to reveal some details in the story as well.

Off the top, the film’s central story is a stroke of brilliance. The story combines thrill and comic elements while dabbling in a bit of romance, tradition, religion and technology themes. Although you could miss out on all these extras if you are not paying enough attention to the dialogue, they all added up to the quality of the story being told in this film. By the end of the film, its title makes sense and add credence to the brilliance behind the stories theme.

All the casts get enough screen time to show their worth but Manaf Yussif shines the most for us with his role as Bubaali. He maintains an accent and persona that is intense, funny and irritable at the same time. You could feel Bubaali’s inner torment and anguish in his delivery making him a villain that is understood and loved by the audience. We also got to see a different side to Nadia Buari as she plays a crazy girlfriend who still nuts even in the face of death.

For an indie project, the makeup and visual effects are pretty much decent and believable to sell its “slasher film” feel. But we seem to think it could have been executed better with some sound effects and more glaring special effects. Maybe we would have loved it more if it had been a bit gorier, violent and bloodier to better accentuate its horror/thriller feel. The humor aspects for the film were spot on clearly overshadowing the thrill you would expect from this genre. We seem to feel the audience would have appreciated the effort more if the film had made them wince and shriek more than laugh.

The cinematography takes advantage of the locations greenery to provide some very interesting shots that leaves you feeling captive just like the characters who are trapped in the forest. We only felt the stock footages used didn’t blend seamlessly with the original scenery and the choice of color pallets used for the grading of film. What’s the point using stock footages when they only end up casting a huge contrast on the original footages that is might be doing a decent enough job already?

Also, we feel the film could have used some subtitling, especially for Bubaali’s dialogue since it was very easy to lose out on some of what he was saying which we think could have been very essential plot details.

The effort put into attempting a story like this is clear and needs to be applauded. We feel this film deserves a total of 7.1/10 after passing it through our rating scheme. Although the film delivers enough on the thrill and entertainment, most of the scenes, flashbacks and antics from some of the characters dragged on for too long making its over 120 mins run time a bit draining.

HASHTAG is clearly a daring film that you would appreciate once you able to overlook its few shortcomings. Not to say he can’t be an all-rounder, but we have always felt the horror genre complimented Abu Idris’ style of filmmaking after seeing his works like Casper’s Energy (2015) and Heaven (2016). This film is no exception and we are hoping to see more films like this from him.

If you doubt that Ghanaian filmmakers have the potential to make decent horror flicks right here in Ghana, grab a couple of friends and make some time to go watch HASHTAG.

If you have seen it already, then share with us your thoughts on it in the comments section below.