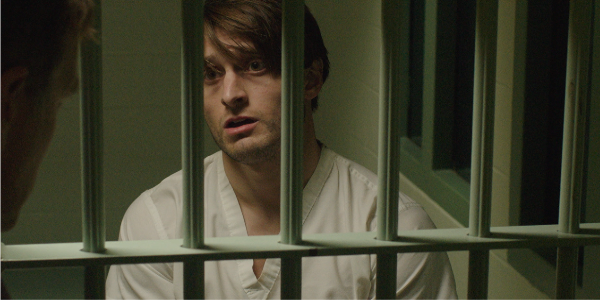 Films that talk about LGBT matters are some of the toughest to make as its important to keep a good balance, so as not offend anyone on either side of the conversation. Steven Esteb‘s family drama, does great at keeping that fine balance whilst encouraging healthy conversation on the subject without having to muddy the pool.

Blinded by rage and moment of uncontrolled anger, Raymond (Jordan Salloum) murders his lover over an argument about ‘coming out’ to his family. His action sets his family and that of his victim down a path of pain, confusion and anger. The film is made up of events on the day leading to the execution Raymond but does well to capture all the struggles of both families in good detail.

Hate Crime (2017) explores to some degree the extent and role family structure plays in the lives of young person’s struggling to identify their sexuality and preferences. The fear of rejection after coming out to family really can be overbearing and have devastating effects on the individuals and the family as a whole. And this is captured in good measure in this film.

John Schneider plays the role of John Dermaco the father of the murdered young man. His stance, acceptance and willingness to forgive the killer of his son is a huge conflict to that of his wife (played by Laura Cayouette), who feels unforgiving and detests the killer. Their differences seem to strengthen their relationship as they find ways to lean on each other for support.

On the other hand, there is Tom Brown (played by Kevin Bernhardt) and his wife (played by Amy Redford), parents of the young man who committed the murder and is going to be executed. Besides the obvious hurt, they are both engulfed by the guilt of having failed to see and accepted their son’s sexuality which is partly contributed to the crime committed.

Both families learn that for them to heal and be able to go through this, they would need to first accept that they each individually contributed to the situation and must learn to forgive themselves first before they can put it all past them.

Hate Crime is an emotionally engulfing film. The cinematography combines light and darkness to catch the strong emotions and the psychological trauma that the characters have to deal with. The drama is intense and engulfing, very evident in the dialogue and delivery by the actors. You are convinced to equally share in their hurt and confusion.

Would rate this film 6.3/10 for how strong it is at speaking on a delicate subject such as this. The film might feel very uncomfortable to watch by for many but it is thought provoking. By the end you left with good enough reason to believe the significance of family structure in making sure that everyone is loved, protected and respected regardless of their sexual preferences.

Hate Crime is one of those drama’s that is hinged on a good story, powerful acting and decent plot twists to keep you going through its slow steady pace.

You can also watch Hate Crime as it is available to stream on Amazon, InDemand, DIRECTV, FANDANGO, Vimeo on Demand, Vudu, AT&T as well as some other online streaming platforms starting from 24th September 2019.

If you have already seen it, share with us your thoughts on it in the comments section below