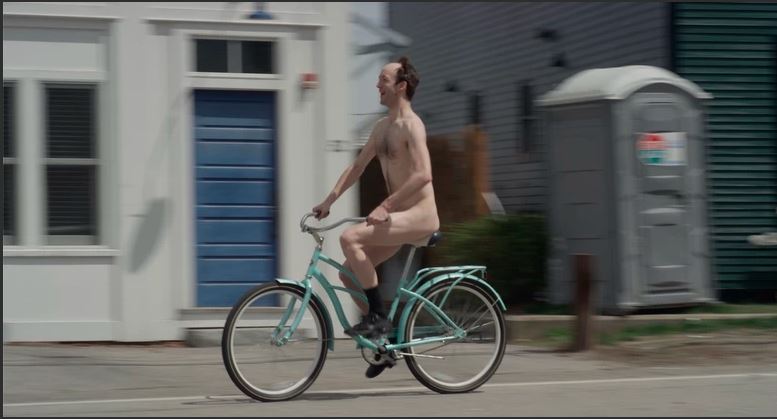 Love in Kilnerry is set in a quiet peaceful town filled with mostly elderly residents. The otherwise peaceful community is thrown into confusion when a representative of the Environmental Protection Agency visits.  He explains that their water supply has been contaminated by some chemicals used by a local factory that makes dog shampoo. Fortunately, it is nothing fatal but residents who might be already exposed would be dealing with some side effects which includes a tremendous increase in sexual libido.

The residents must now battle against their urges and desires to do more than just exist casually and platonically.

From the get go the idea of this film seems outlandish and you prepare yourself to sit through something corny and bottom of the barrel. But it turns out to be a hearty comedy with a great story and characters that are very well rounded.

The are several interesting characters, some of whom are sort of relegated to the back but are still very significant to the films core. We get to see them all having to deal with their typical everyday issues whilst they try to navigate through the challenge craving affection because of their heightened libidos.

The story however doesn’t hover on just their need and wants to have sex. We get to see broken relationship mended, some tired and tested and some new ones formed.

The acting is surprisingly good for an indie comedy. You would expect some cheesiness or some uncomfortable to watch performances from the actors like in most films of this kind. At no point do you feel like they are over acting or uncomfortable with their roles.

Daniel Keith plays the role of Gary the communities sheriff. He is charming and charismatic and tries to be the moral compass for everyone throughout the chaos. His strengths however seem to be his flaws as he is considered somewhat uptight and not fun. Eventually we see him opening up and beginning to accept that he can be more than just that.

It is interesting to note that the film was originally a successfully stage-play. Writer/director Daniel Keith dared to make it even more successful with this feature which in doubt is far from a miss.

Even though there are few moments that seem like the film is trying to be funnier than it really is, you are never pushed over the edge. The humor is mature enough and doesn’t end up like a senseless slapstick with no intent.

Keith does not only succeed at keeping you entertained with this film, he also manages to keep its bawdier moments as tastefully equivocal as can be. It never gets overly risqué or uncomfortable even for the very conservative viewer. I would score this 7/10. As a feature film debut for someone who has been in front of the camera for this long, he (Daniel Keith) knows what he is doing behind the camera and we can’t wait to see what he does next after this.

Overall, the film’s message is very clear; we all need someone. Communal living as well as human connections are very important.

Movie Review: The Wedding Pact 2 – The Baby Pact – The Sequel We Didn’t Know We Needed.