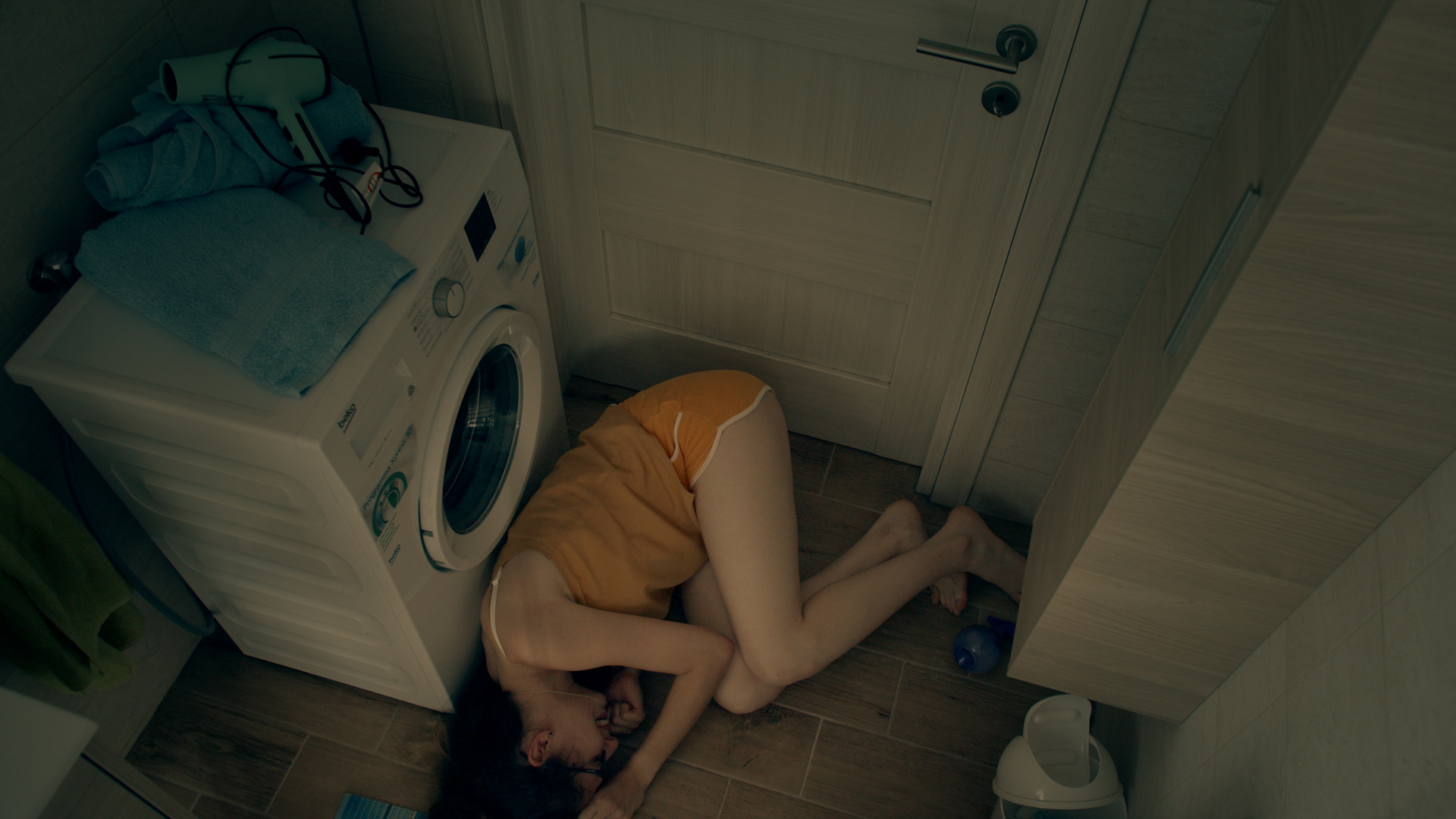 There seems to be craze about Covid inspired films lately. Mostly either detailing personal experiences during periods of lockdown or the effects on businesses, families and their livelihoods after the pandemic.

Most of these films seek to capture the genuine struggles of people and provide some glimmer of hope for people who have been mentally sacred by struggles that came with COVID.

Be it a shot, feature or a notification, these stories deserve to be told because there is no better way to capture these trying moments of human history except through film.

Machination is such a film that seeks to do that.  Directed by Sarah Jayne and Ivan Malekin, it is a story about Maria an anxious woman struggling fin isolation as a pandemic sweeps the world, forcing her to confront the monsters in her head.

In 62 mins the film takes us through the life of Maria (Steffi Thake) during the heat of the pandemic. She is a young office worker living by herself.  When she gets home from work, right at the door she strips into her under pants and thoroughly washes and scrubs her hands, arms and even her purse. And then she put her clothes into the washer immediately.

It is her safety routine and she does this almost religiously. You can see her skin red with bruises in places where she has constantly scrubbed herself.  She is seen behaving hysterically and you are forced to wonder if it’s all just because of COVID?

As the film progresses, we get a better picture of what really is Maria’s problem. She is n to only trying to stay safe and clean, she is trying to clean herself of a past incident that has stained her forever.

Staffi Thake gives an absolutely brilliant delivery of the character. He trauma and struggle in not only evident in her demeanor. It is in her eyes too. She is more than afraid of something and she doesn’t seem to have to strength to fight it. For her, the confines of her home even aren’t completely safe for her.  Steffi is immaculate to watch even as she is breaking down and absolutely losing it. Maria is the subject of the film and Steffi is the perfect choice for an artist to bring that subject to life.

You get the sense that this film was made on some sort of a whim and not really planed and prepared for in full. But that doesn’t take away anything from how it was executed and succeeds at telling that story.

The film was shot during the pandemic so it makes use of the limited cast and locations. The film is mostly set on the inside of Maria’s apartment. She is seen scrubbing and cleaning up the place several times even though she hasn’t allowed anyone inside. He COVID skepticism and fear has made her prisoner of her own self afraid to come into contact with anyone. At some point she stops going out completely even when her boss tries to get her to come into the office. She also refuses to visit family as well. When she has a delivery, she asks the that the package be left at the door and only goes out to pick up the package after the delivery person has left. She won’t take any chances to avoid getting contaminated.

You might say that her fears are exaggerated but we find out that is not the only thing she is running from. Maria was sexually abused by her brother Yorgen (Rambart Attard) when they were young and that haunts her as well.

Yorgen often phones in to check on Maria and she is bit dismissive of him. It is only after Yorgen shows up at her apartment announced that we get to see that she is really disturbed by his presence and we get to see that her fears go beyond possibly catching the COVID 19 virus from him.

At that point ‘Machination’ becomes more than it starts off to be. The film is more than just another Covid film. It is an intense psychological thriller. It might not pass as a horror for most people but it attempts to leave you distraught and disturbed with Maria’s story. She is forced to confront the monsters she has had to face in her past whist dealing with the anxieties triggered by fear and self-isolation.

Perhaps this was the true intent of the writer for this film and it was only fortunate that COVID 19 provided a good enough foundation for this story to be built upon.

Machination will be available on digital platforms May 2022 courtesy Nexus Production Group.