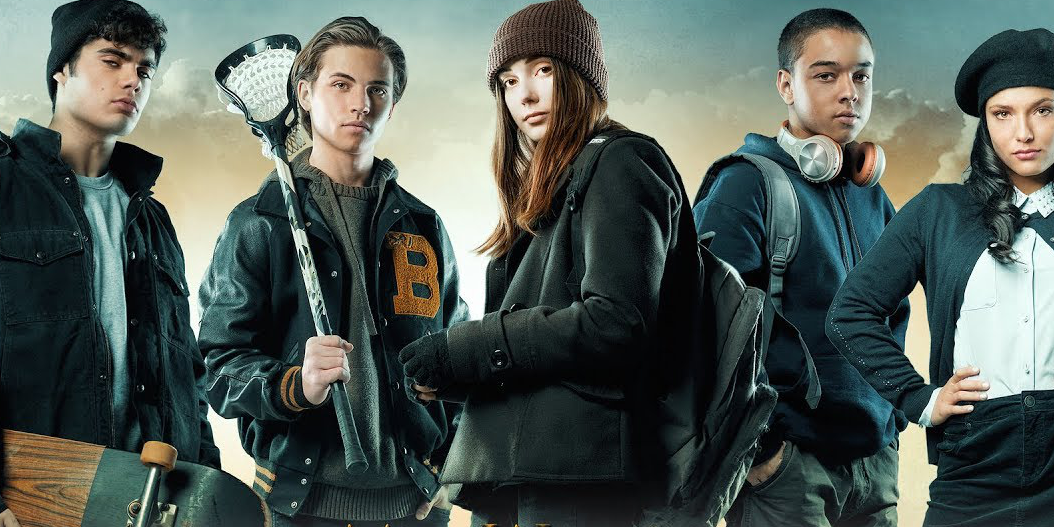 Reminiscent of TV movies about high school kids, Max Winslow And The House Of Secrets offers decent family entertainment without having to be loud or hysterically funny.

In this Sean Olson directorial piece, five teenagers compete to win a mansion owned by entrepreneur and scientist Atticus Virtue. To win the teens must face-off against a super computer named HAVEN who controls the mansion.

Right from the start you are able to identify the main characters and each of their backstories. Their performances from the young actors are decent and suffice for the story being told. They are each found in situations that elicit several emotions. Which they each delivered well enough on. Even if you haven’t watched anything they have starred in before, they are likeable and exude great potential on the acting field.

Each of the teens seems to be weighed down by something. Which becomes the focus of the game they are sucked into. More details about what weighs them down is revealed. They each have to fight their personal demons in other to escape the game.

Max is dealing with abandonment issues and is generally antisocial. She is the geek in the group and she appears to be the only one really excited about being invited to the tech billionaires house. She is forced to have a reoccurring conversation with her father who abandoned her and perhaps to seek closure and healing as the only way to escape the game. And there is Sophia, the other female in the selected group. Clearly a social media addict who is constantly talking about her huge online following and how she’s concerned about serving them a dose of her life. Even as she is selected to take part in the game her focus is not on winning, but how exciting it would be for her to show her following what she is up to.

Connor has hidden dreams but is so afraid of his parents and would rather play sports in college to keep them happy than to pursue his dreams of doing music against their will. Whilst Benny is addicted to gaming. He constantly on his devices and would rather not have any contact or interaction with his fellow humans. And finally, there is Aiden, the bully who delights at trolling others possibly as an escape from his own issues.

Each of the characters seemed to have been developed to reflect the lives of most teens how their lives are affected by happenings at home and other societal influences. Influences that are glaring but are subtly swept under the rag.

It feels as though the screenplay gives out who is going to win the competition too early in the story. Almost right from the get go you seem to figure it out that Max might be the winner. She is given more attention in the screenplay. Making it very obvious that she is special than the others. She appears to be the most emotional burden amongst the group and also the most motivated. As the film progresses we see more of her vulnerable side and even the affection and chemistry that begins to grow between her and Connor.

Once inside the home things start to take a strange turn. The artificial intelligence software called Haven starts to play with the minds of the teens with the help of a medieval looking robotic butler called Sir Mordered who both seem to have taken over the house with no sign of Articus Virtue.

The visual effects used in this film might not be the best you have seen but it works fine with the story being told. From the holograms and almost realistic simulations, you get the sense of fear and bewilderment that the characters might be feeling at each turn upon entering the house. The intensity heightens and more of your attention is captured as the mood switches from an easygoing high school drama to a sci-fi-thriller.

I would rate this film 6/10. It is entertaining yet drags on for bit. The thrill feels awry at some points but it all builds up to a decent climax that makes you not regret sitting through it.

Max Winslow And The House Of Secrets is certainly decent family entertainment that does more than just entertain. In as much as it is appealing to teens the subjects it explores can be heavy and a bit overbearing for young viewers. From the issues of abandonment, bullying, game addiction to narcissism. Nonetheless, it is something definitely worth seeing more than once.