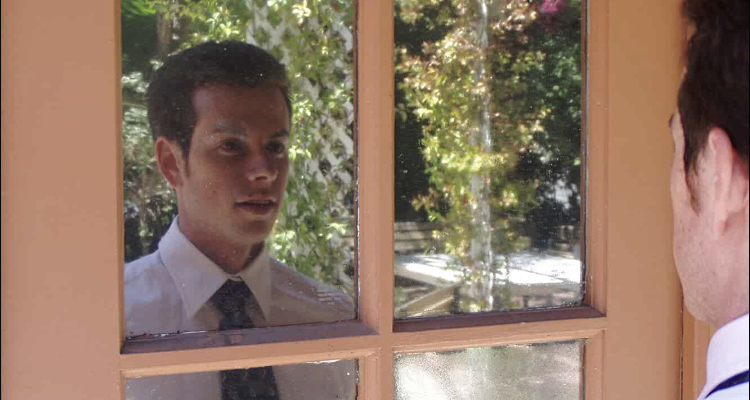 In this naturist comedy by T.L Young, a catholic teenager Micky (Michael Soulema) is fascinated by the nudist lifestyle gets a job at a resort for nudist. He is hired as a screener, a job that requires that he interviews new members to be sure that they understand naturalism and are not just creeping persons interested in looking at other people naked. But he happens to have some supernatural powers. He can zap anyone he has a squabble with into an alternate dimension where they are confronted and tortured by their greatest fears.

We see Micky interact with several people through at the film, some of whom get zapped to go face their worst fears. Micky doesn’t seem to have much control over this power. We later find out in plot twist that Micky’s powers are as a result of an experiment. But that is not really explained properly to clear all confusion.

The resort management decides to hold a naturist beauty pageant. But Micky believes it is not a good idea and it goes against the beliefs of naturalist lifestyle. He believes it sexualizes them and that in many ways would tarnish the image of the resort in the end.  To him nudity in itself is beauty already and doesn’t have to to be commercialized or exaggerated.

But he is faced with a lot of adversity for his stance. Fortunately for him, his superpower is all he needs to deal with his opposition.

The film does star some real- life nudists and you can tell that they were more than happy to be a part of the film. Fortunately, you don’t have to worry about any semi -offensive full-frontal nudity if that is your concern. The makers did their best not to make this in any way offensive for the viewer.

The film attempts some computer-generated graphics that doesn’t quite blow your mind away but works for the purpose of this film. When Micky zap’s someone into the alternate universe, we can clearly see the green screen work.

The sound design for the film is also quite horrible. Even for an indie film with a low budget the sound could have been much better. There were several scenes that were ruined by inaudible dialogue or unbalanced sound levels.

Undeniably, there a some very good humorous scenes that give this film its value as a comedy. But it can’t be the best you’ve possibly ever seen.

Fortunately, this film doesn’t try to force you into accepting or converting to a naturist lifestyle. There are however a few moments that it appears to be preaching a lot more about the lifestyle. Nonetheless, there is a fine balance.

I would score this film 5/10 for its attempt at being funny. Even though it feels quirky and confusing it is   close to decent attempt from an indie filmmaker. Hopefully filmmaker T.L Young work improves from here.

Unfortunately, this isn’t a movie that you want to see more than once. One time is more than enough t