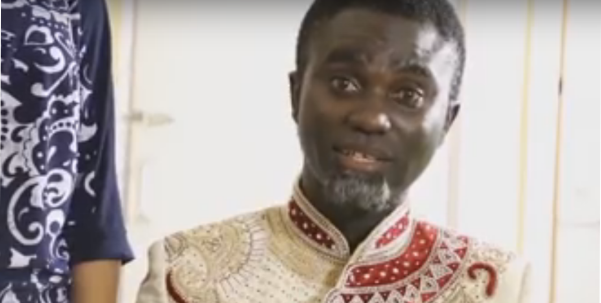 Global Cinemas kicked off its Local Movie Month initiative with Mr. India last night. And we are excited about what they have in store for all movie enthusiasts.

This would be the first Ghanaian production that has gone the full length to shoot scenes in India and incorporate Indian cast with a story line that perfectly bridges both countries.

Mr. India details the life of James Aboagye (Played by Richard J. A Boateng; who also directed and produced this film), a Ghanaian who obtains a scholarship for his Masters degree in India and falls in love with beautiful Indian girl, Sonia. Their relationship faces challenges from Sonia’s family since he is African.

Events take a different turn when Sonia’s mother gives them her blessing and James decides to return home to Ghana to also inform his family of his intent to marry.

Baaba Johnson (played by Happy Togah) a childhood friend of James upon his arrival to Ghana decides to profess the feelings she has hidden from him for many years. She decides to use any means possible to get James to forfeit his intentions to marry Sonia. The two of them get caught up in an unexpected situation that would test their strengths and the extent of their feelings towards each other.

As much as this seems like a complex story, it does package itself in a 120 minutes screenplay that is enough to leave you entertained and impressed. That’s the feeling we got at the end, considering that we went to see this movie having no expectations whatsoever.

The quality of any movie starts with the story it tells and its ability to keep the viewer interested from start to finish and Mr. India succeeds in doing so fairly.

This movie doesn’t have any familiar faces so it’s likely not to catch the attention of most people. But it does deserve all the props and praise for assembling a cast of both Ghanaian and Indian actors who gave an averagely good performance in terms of selling their characters and giving some essence to the story line.

Most noticeable was young actress Happy Togah who played the role of Baaba Johnson. As much as it was obvious that she was struggling with some of her lines, she did impress us with her interpretation of Baaba’s character being a saddened, unhappy emotional wreck yet being on the contrast, a brave and courageous young woman. Her fight scenes hinted that she is a talent that would do well if natured for action movie productions that require a lot of athleticism.

Yes this movie does have some action in it. Very typical of most Indian movies we have seen. You would be impressed with the fight choreography and the descent angles that were captured in those scenes. Even though they were a bit ruined for us with the cheesy over exaggerated sound effects.

Unfortunately, we feel this interesting story was flawed by the quality in execution of production elements that were very much needed to make this movie solid and more wholesome for a wider audience. This could be a matter of budget or logistic constraints but that shouldn’t take away the importance of these elements. They could have improved the overall quality of this movie.

We observed that the choice of locations for the India scenes did not leave much of a huge contrast on the Ghanaian scenes as it was easy for anyone to mistake those scenes to have been shot right here in Ghana.

The cinematography seemed to have used too many hand held shots. It would have far sufficed if some of the scenes were shot with a Steadicam. Many scenes were ruined by the quality of the visuals. Lighting was also disappointingly used. There were more than enough pardonable scenes that had the lights fluctuating which ended up casting shadows off the characters randomly across the set.

There was heavy use of a sound score typical of what we might be familiar with from the Indian movies we have seen. But again the sound quality in this movie was heavily flawed. There were too many inappropriate external interference for both the Ghana and India scenes.

If you are thinking this is some crappy Kumawood attempt at making an Indian movie (no pun intended) stop in your tracks. This film has the potential to set the pace for more Ghana and India collaborations should the production team put in more efforts to make a much more wholesome sequel that would help sell the sights and sounds of both countries through better visuals and audio delivery.

The climax of the movie sets the story line for a perfect sequel that we hope the production company goes to all lengths to bring to life. That is why we would rate this movie a well-earned 5.2/10 score. We would only hope that much effort is put in to the productions elements so as to make the movie more appealing in terms of visuals and sound.

Mr. India is still showing at the Global Cinemas on the Kasoa – Winneba Highway throughout the month of September, so do well to go see it and get a better feel of all that we are talking about.

Also do well not to miss out on the premiere of Pieli: The Rise of Montana an epic adventure movie you are sure to be blown away by on the 10th of September as well as The Road To Marshal Sea on the 23rd of September as part of Global Cinemas’ Local Movie Month Initiative.

Related Topics:Mr. IndiaTop Story
Up Next

Movie Review: Utopia; A Journey Or A Stalemate?