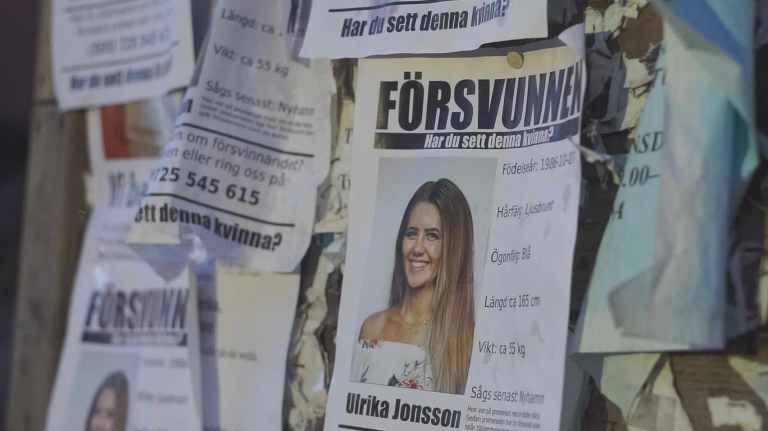 In the film, NOVEMEBER REPORTAGE, a renowned investigative reporter Linn Söderqvist and three others are making a reportage on the mysterious death of mother and the disappearance of her child. The group armed with cameras and supplies journey to a remote part of Sweden to investigate happenings. Their plan is supply to survive the forest and return with answers of what happened to the mother and her child.

The group first decide find and interview the dead woman’s husband to get a better understanding for what happened. They place a call to him that is also captured in a documentary fashion and he agrees to see them. They then arrive at his place and immediately conduct an interview. But their surprisingly starts to dump out their bags as she drives off saying she has an emergency.

The film does feel more like a documentary film than a feature. And that is what sucks you in and keeps you attentive. For a greater part of the film, it seems like a ‘found footage’ type horror. Most of the shots are from the DSLR Cameras held by two of the characters that we see in frame most often when there is s switch in perspective. You can clearly see the switch from each camera to the other because the quality /grading of the videos are not the same. But they are both quite shaky and clearly handled shots. However, there is a s scene where they mount one camera up on a tripod facing their tents before they go to sleep that provided a distinctive stable wide shot. You would wonder why would they mount the camera before going to sleep. But it is explained in the film that they had been live-streaming their entire investigation in the woods.

The actors and their movements all feel natural and almost unstructured. You would think it isn’t rehearsed. More many it really isn’t and they were just going through the woods and then shooting as they moved along and improvising their interactions with each other. They are all very likeable and you can’t help but fear for their safety as the film progress.

It would have helped however if there were some more interviews in between which could have been used as some form of narration for the happenings. That would have better complemented the mockumentary idea the better at least.

The film is essentially a slow burner that really takes it time to ease you in into the scary part. You basically have to patient and follow the characters through. After all, you see what they see when they see it through their own lenses. When it does get to the scary parts, you again have to rely on only what is captured their lenses, which is mostly shaky images in low light scenarios.

One very commendable thing about the film is the sound design. They characters are all very audible and external interferences are almost nonexistent. Every sound that you hear adds up to the film’s uneasy scary vibe. You are certainly going to feel the vibe. There is something or someone out there and it certainly not safe for Linn and her colleagues.

By the time it ends you are not sure exactly who or what is responsible for the killings. Is it a mythically creature or something paranormal. Or there is some secret sect that lives in the woods that are yet to be uncovered? You can’t really tell. I believe the idea was to leave it to the viewers own imaginations.

I would score this film 6.5 /10. For a horror film it works with the little that has. It doesn’t promise more than it delivers and doesn’t totally disappoint. Excerpt if you should have very high expectations for it.

If you are fun of conspiracy type stories, this is for you. It’s a low budget horror that does enough to keep you at the edge of the seat.