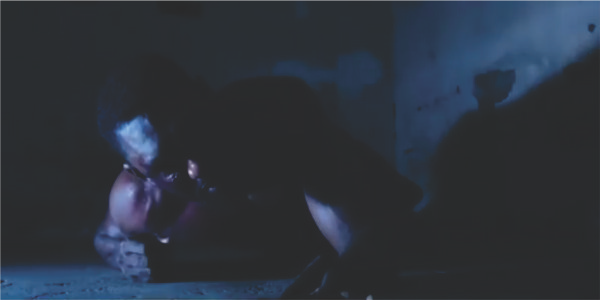 It’s no news that Director Pascal Amanfo is a man of God now. And there is no doubt that everyone would be wondering what influence that is going to have on the movies he chooses to be associated with now. That is basically what we at GhMoviefreak.com were interested in finding out from this movie, especially, considering that it carries a religiously heavy title; “If God Be For Us”.

If God be for Us, tells the story of an upright man devoid of any corrupt values who gets charged with the mysterious murder of his wife. Things get further complicated as his friends try their best to save him from being convicted of the chargers he is faced with but they keep meeting the most unexpected challenges. With his life in a down spiral he has nothing left to hold on to except his faith in God.

Clearly, this is a faith inspired film that seeks to deliver the message of not giving up on trusting God and his love for his children who continue to have faith in him. What do you do when you find yourself in a situation that presents no way out? When you’ve hit rock bottom and you seem to have lost everything including the strength to keep going? Besides giving up and probably wishing you hadn’t found yourself in such a situation, you are most likely going to pray. Regardless of your faith or believe, you certainly would want to believe in the existence of some greater force that could save you from your situation. This is certainly one of those stories that reminds us that no matter the situation we find ourselves in, a lot more worse could happen in no time.  It’s simply a case of having to pitch your faith against your fate and trusting that the former wins.

Pascal Amanfo’s strong Christian believes are evident in his directorial input on this film. As much as this story could easily make for a very decent crime, suspense filled thriller, he succeeds in using the story line to deliver a strong Christian message that we all need to be reminded off at times; Prayer works.

This movie makes use of some very big names on acting scene here in Ghana so it’s sure to get anyone’s attention.

We cant seem to think of an Eddie Watson performance as good as what he shows in this movie. We were really impressed with the  role he played in this film. We enjoyed seeing Timothy Bentum on screen again but we didn’t quite feel his delivery in the detective character he was tasked to play. Jose Tolbert on the other hand impressed us again in this movie. He plays a friend with a secret to protect at all cost even if it includes being more than just a good friend. And he does more than a decent job nailing that role.

The screen play seemed like too many short scenes pieced together. It became a bit confusing to have a proper mental timeline of events unfolding in the film. Also a lot of the dialogue used it this movie sounded too scripted and rehearsed. It’s one thing being able to memorize lengthy dialogues and another thing channeling the right emotions and facial expressions needed to back those lines. And disappointingly there were too many such poorly executed deliveries in this film.

We seem to think that this story could have been told much better than it was in this movie. With the good cast line up we expected to see a lot more suspense and thrill in the screenplay approach used for this film. We almost immediately knew who committed the murder right from the start of the movie.  Also disappointing was the climax for this movie. We would have loved it if it had been a bit more challenging and less shallow than it was. A lot more could been done to further deepen the suspense, drama and thrill that would have made this movie much more appealing.

As much as is not easy making a good Christian film, we expect more from Abdul Salam Mumuni and Venus Films Productions. Ghana is tired of mediocrity in our films; we have long passed that stage. Unless we just want to go back to making movies that can’t cross over to appeal to the rest of the African market.

If God Be for Us is a nice story that could have been told much better than it was presented and packaged in this film.

In case you missed out on last night’s premiere for some reason, do well to go see this movie too because does have a very good message that needs to be appreciated.