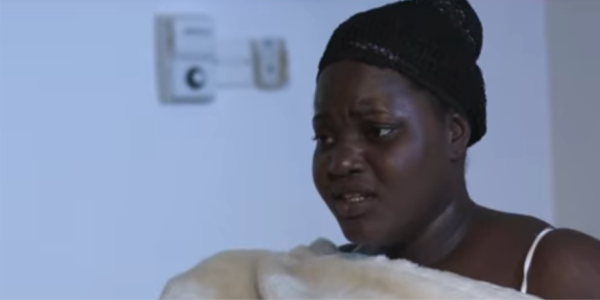 After a well-publicized London premiere and bagging three prestigious international accolades, UTR Media’s Pauline’s Diary finally got premiered in Accra over the weekend.

In PAULINE’S DIARY (which is an adaptation of a book by Ben Darkwa) a woman suffering from domestic abuse discovers a dark secret about her husband. She must fight to uncover the details of her husband’s past and use that as her way of escaping a tumultuous relationship.

The central theme of this film is to speak against domestic violence in relationships. It fares well at sort of explaining how and why people are likely to end up in such relationships. This pretty much works in favor of the writer to some extent. We get to see a glimpse of what could influence both the perpetrators and victims subconsciously into being in such unhealthy relationships.  Hurt people hurt people basically and and the cycle continues until its broken. We get to see that theory explained on the back drop of a domestic Ghanaian family setting in this film.

It advocates taking a stand against domestic violence and encourages victims to speak up and to avoid getting overwhelmed by the fear of possibly losing their lives. It speaks about empowerment of women right from their childhood and upbringing as one of the best ways to ensuring they don’t find themselves in such situations where there is no regard for their lives and emotions.

New face, Rhoda Okobea Ampene plays the role of Pauline in this film and does well to hold her own performance wise,  alongside Elikem Kumordzi who plays the role of Pauline’s abusive husband. Her performance pretty much holds down the entire film as she delivers on being a broken, abused woman who is able find strength and voice at the toughest times when she least expected it. Elikem on the other hand seemed a bit out of place in his delivery for us. It appeared he wasn’t too comfortable playing the role of a violent abusive husband and that seemed to have affected his interpretation of the role. It either could be because he couldn’t find any connection between his personal self and the character he plays in this film or the screenplay was careful not to make the film seem too violent or heart wrenching. Nonetheless they collectively give up a decent enough performance that stirs the right emotions of anguish, regret and revenge.

At the end of the film we discovered that there were still some unanswered questions. Predominantly with the part of the story involving the characters played by Benjamin Kwadey and Roselyn Ngissah. The writer and producer who also co-directed the film, Ben Darkwa, confirmed to us that there would be a sequel to the film as the intent is to make a trilogy out of the story. The follow up film would be expected fill in the gaps in the story line and also delve deeper into the psyche of both victims and perpetrators of domestic violence in relationships.

We seem to feel the editing could have been much better. Especially with the sparse use of flash backs and fast cuts during the final closing scenes. Although it was obviously an intent at giving more meaning to the revelations discovered by Pauline, it felt more like repetition of already known details. The fast cuts-to-stills and back seemed liked they were only used fill up spaces on the timeline to either mask out continuity errors or just to add a little more dimension and intensity to the scene.

We would give this film an above average rating of 5.8/10.  If there is one thing for certain, this film succeeds at grabbing your attention and holding you captive for its entire run time. Everything it lacks in aesthetics appeal it seems to make up for in terms of dialogue, progression and the intent of the story.

We would patiently wait for the follow up to this film and hope it does satisfy our expectations and appetite for the continuation of this story. The film has an element of crime, thrill and suspense that makes it more engaging and deserving of a sequel.

Pauline’s Diary is one of those films that evokes emotions, reproaches and drives you to take a firm stance against domestic violence. If you missed out on Friday night or Saturday’s premiere you should do well to go see this film as it’s still showing at the Silverbird Cinemas.

Kindly share your thoughts and feedback with us in the comments section below.