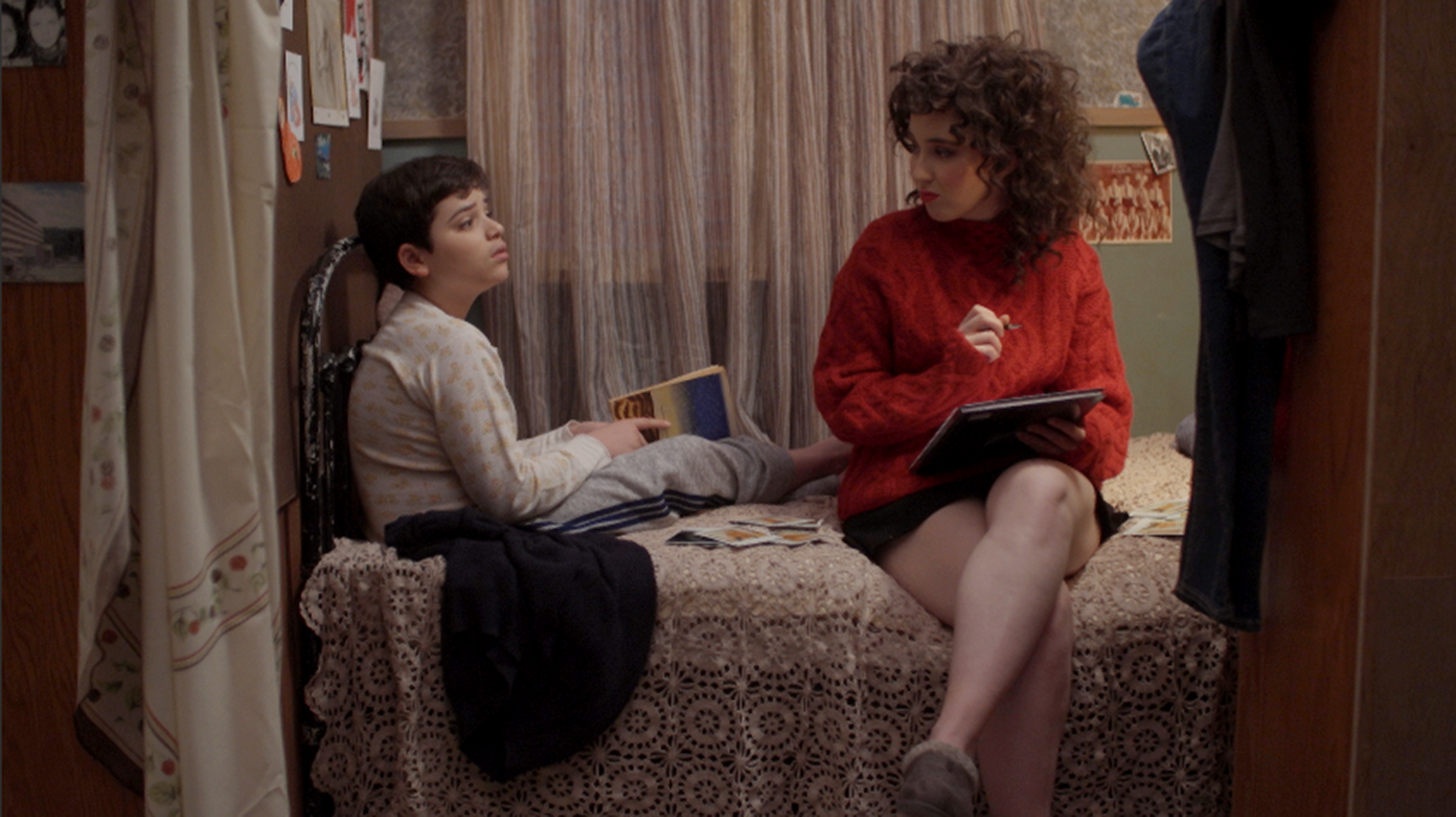 Set in 1980s starts off in post-Soviet Russia telling the story of a young boy who and his mother and their adventurous escape to America and journey to discovering his sexuality.

Potato (played by Hersh Powers) lives in Vladivostok a Russian city with his mother Lena (played by Sera Barbieri) who’s works as a doctor in a Russian prison. She is fierce and as strong independent woman but she loves her son dearly. Together they seek escape through the entertainment they get to enjoy from American movies which they can only get on a pirate television station.

Potato through film starts to realize he isn’t like his friends. Whilst watching a Jean-Claude Van Damme movie he starts to get aroused. As much as tries to understand what he is feeling he can talk to his friends about it for fear of being beaten up by them. He starts to realize that he is gay and tries his best to repress those feelings. After all, he can’t be openly gay in Russia.

He can only open up to his imaginary friend who takes the form of Jesus Christ. Through interactions with this imaginary friend, he discovers himself and starts to accept that he can be gay after all. As confusing and conflicting as this seems, his ‘Christ’ does lead him to accepting who he is.

Potato Dreams of America with its dark humor seems to highlight what appears to have been the struggles of the writer in his youth finding himself and accepting his sexuality in a place that makes it even more challenging.

For Potato and Lena their journey to America is a must. Fortunately, Lena signs up to become a mail-order bride and the two are able to move to America to live with John (played by Dan Lauria).

His dreams of America don’t exactly turn out to be true. America doesn’t immediately provide the sense of freedom that Potato is looking for. He struggles to make friends and still has to deal with homophobia. John with his conservative Christian thinking also seems like a threat for Potato to fully come out.

An older Potato (play by Tyler Bocock) and Lena (played by Marya Kaminski) are introduced for this part of the movie set in America. Even though the story remains the stay, it is easy of the audience to be confused if they are not lying close enough attention. It almost looks and feels like an entirely different movie at this point. But it stays true to the story’s real intent which is Potato coming-off age and everyone else accepting him for who he is.

John also does ‘find himself’ by the time the film ends. He opens up and share more about his childhood as well at some point in the film’s narration.

The films biggest strength is how creative it as a semi-autobiographical story. Writer and director Wes Hurley succeeds at telling this personal story in a fashion that almost seems whimsical to say the least. Yes, LGBTQ is a serious subject even of you are for or against it. But this film in some ways manages to be playful about the subject matter and very much likely won’t offend anyone genuinely regardless of their stance on the matter.

The film also sells the idea of America truly being the land of the free. In America you can get to be anything you want to be. A huge contrast from the Soviet Russia where the story starts off from.

Overall, the film doesn’t seem engaging enough unless you have extra motivations for watching it. It just fails and fully holding you hostage and delivering its massage without coming off as the somewhat cheesy dark comedy that it is.

However, this might just be the film that helps you find yourself and coming out of the closet as it has its ways of eliciting some emotions. I would rate it 5/10 for its playfulness and surreal approach at telling a story as meaningful as this.

‘Potato Dreams of America’ might not be for everyone but it is certainly worth the watch.