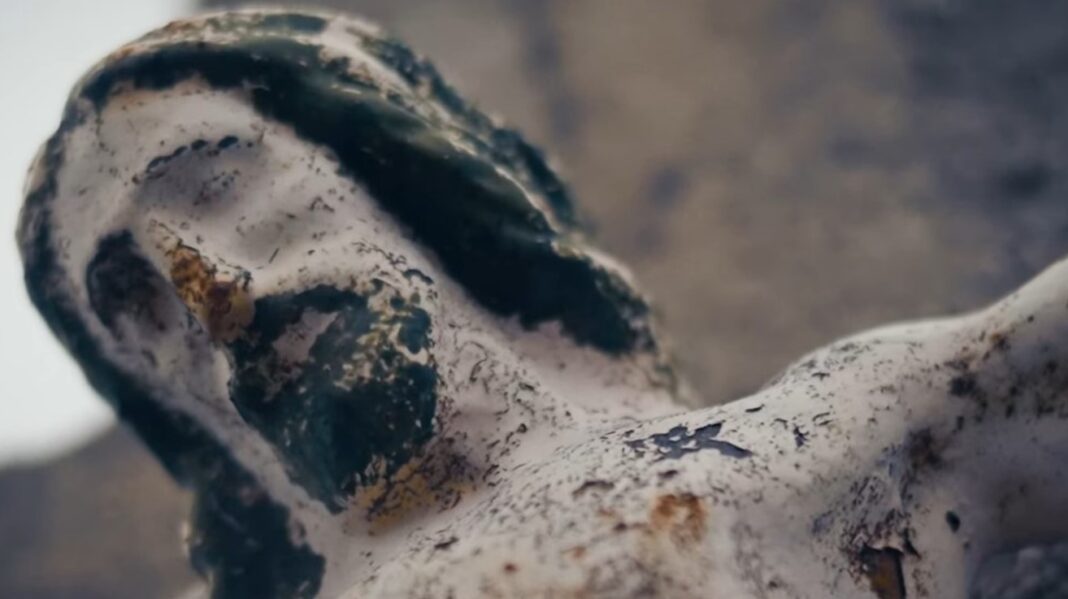 The film in a unique way tells the story of a South African enfant terrible filmmaker and artiste-cineaste Manus Oosthuizen who meets with Rotten Tomatoes-approved indie film critic Babette Cruickshank in an Echo Park sound studio.

With key members of Manus’s crew joining, they record an audio commentary track for his new elegiac feature documentary “Razzennest.” But the session goes down a different path. And this because an interesting horror comedy that has the semblances of a radio drama.

I watched this film without knowing what to expect. I didn’t see a trailer or even read a synopsis. I just dived in and boy, I wasn’t ready.  The opening does well to sort of prepare you for what it is that you are watching. But it might not be an adequate enough preparation for everyone.

The dialogue and the delivery are also very well done that it leaves little to imagine basically. Everything does at times feel like it happening in real time and that makes it all even more worthy of your attention.

The conversations that they have seem so genuine and somewhat relatable. There are witty jokes about filmmakers and film critics and their constant go at each other. You begin to feel right at the beginning that this is an authentic podcast session.

And then you start to ask yourself stuff like “Is this a film?” and “What exactly is going on here?’

My biggest motivation for sitting through this was, ‘How is this going to end’ and “Where is this story going”. But for someone who grew up listening to a-lot of radio drama from BBC radio this felt like something I could put up with.

You can tell that this is a horror -comedy with those antics and delivery of the characters. You might not see them but you hear them and you a forced to hear more than they are actually saying. Their movements seem almost visible.

You are not just listening to the audio or the podcast. The film accompanies the audio with some random landscapes and still shots that in a way seem to simulate whatever you might be hearing. The images might be a direct depiction of whatever is happening but in a weird way you can tell there is an attempt to paint a visual piece to accompany the narration with those images.

Razzennest is a real test of your imagination. The challenge here is trying to visualize all that you hear. And that might not be easy for everyone. You are forced to create scary images in your head as well to completement what you believe is being communicated by the story.

The entire experience is unique and certainly might not be for everyone. But if film is supposed to challenge your imaginations, then, Razzennest does that well enough. By the time it ends I found myself to have painted mental pictures of all the characters and how I felt they would look and move like. But that could just all be in my head and as a result of my own personal experiences.

I would score this film 6/10. It is smart and ingenuous but might be lost on many. As much as it tries, it succeeds at making you feel an uneasiness that goes beyond the story being told but also how the entire film is being made.

You can say RAZZENNEST is an experimental film but is this a format that would be widely accepted and come to stay as a standard? It would be hard to identify exactly what dynamics makes a film like this work.