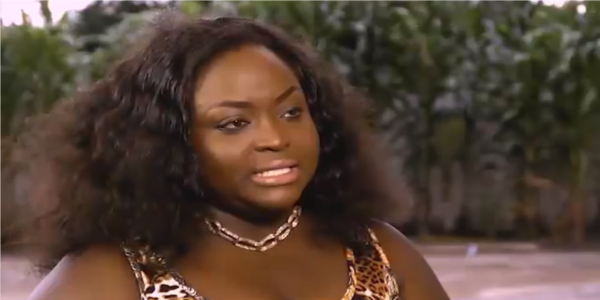 Kind courtesy of Florex Sports and Media, we got an exclusive screening of their new film “Seasons in a Vow” directed by Pascal Amanfo. And as always we feel inclined to share with you our thoughts on it.

“Seasons in a Vow” is an intriguing family drama that details emotional struggles of a woman in a bad abusive marriage. After a few years of marriage, her husband’s attitude suddenly changes and their once happy home becomes a pit of unsettling emotional torment. We get to see how she manages the pain without losing her faith as she fights to keep the marriage together.

The film takes up a narrative style of having the actual story being told by a relationship counselor (Kafui Danku) to one of her clients (Cwesi Oteng). At the center of this film is a very convincing performance from Roselyn Ngissah (Maame Esi) and Ivan Amenyedor (Nii Odai). Roselyn shows genuine emotions that make her character more relatable, especially for anyone familiar with the pain that accompanies a marriage falling apart. As she struggles to come to terms with her failing marriage her character manages to keep her composure throughout the film, standing firm to her faith and belief regardless of all the pain.

Although there have been several films quite similar to this that have shown marriages breaking down for one reason or the other, this stands out a bit for us from the others we could vaguely remember. It uses a slow paced narrative approach which actually does a good job at keeping the viewer immersed in the story as it builds up.

The film’s story line also plays around the subject of domestic violence in relationships. Although it was nowhere near in excess as we would have imagined, the direction is clear. Domestic violence is a common occurrence in most relationships and this film in its own way speaks to the narrative.  It sets the perfect tone for the viewer to subconsciously debate over what they would do differently if they ever found themselves in similar situations.

As has become typical of recent Pascal Amanfo films, “Seasons In A Vow” oozes a subtle Christian tinge. The message of having faith and trusting in God although not brash resounds clearly in the theme of this film. It is evident that we would be seeing more Christian themed and faith inspired films from the helms of man of God, Pascal Amanfo.

The cinematography and editing also helped with scene transitions that set the tone for this films slow paced narrative feel. You can’t also ignore the soothing sound score that accompanies this film throughout its run time and this adequately amps its intriguing vibe.

The story on the other hand had a few inconsistencies that flawed the backstories of some of the characters. (So as not to ruin it for anyone, we can’t give any spoilers). We sort of feel it would have better sufficed if

In our opinion, this film deserves an average 6/10 rating. It delivers on exactly on what it promises. The biggest strength of this film would be the message it carries. With a climax that left us arguing within the team over what we feel in our personal opinions would have been a much deserving ending for Nii Odai and Maame Esi’s troubled marriage.

This is certainly a film worth seeing with your partner as its sets the tone for a most likely uncomfortable yet very necessary discourse that every couple might need to have at some point. It reiterates the need for faith regardless the situation you find yourself in.

What happens to love and faithfulness in a relationship when things turn sour and happiness turns into sorrows? Do well to go watch “Seasons in A Vow” for yourself on Friday the 9th of June when it premieres at the Silverbird Cinemas to get a better insight of all that we are talking about.

Kindly share your thoughts and feedback with us in the comments section below.

Movie Review: The Slave King: The Chains That Bind Us.