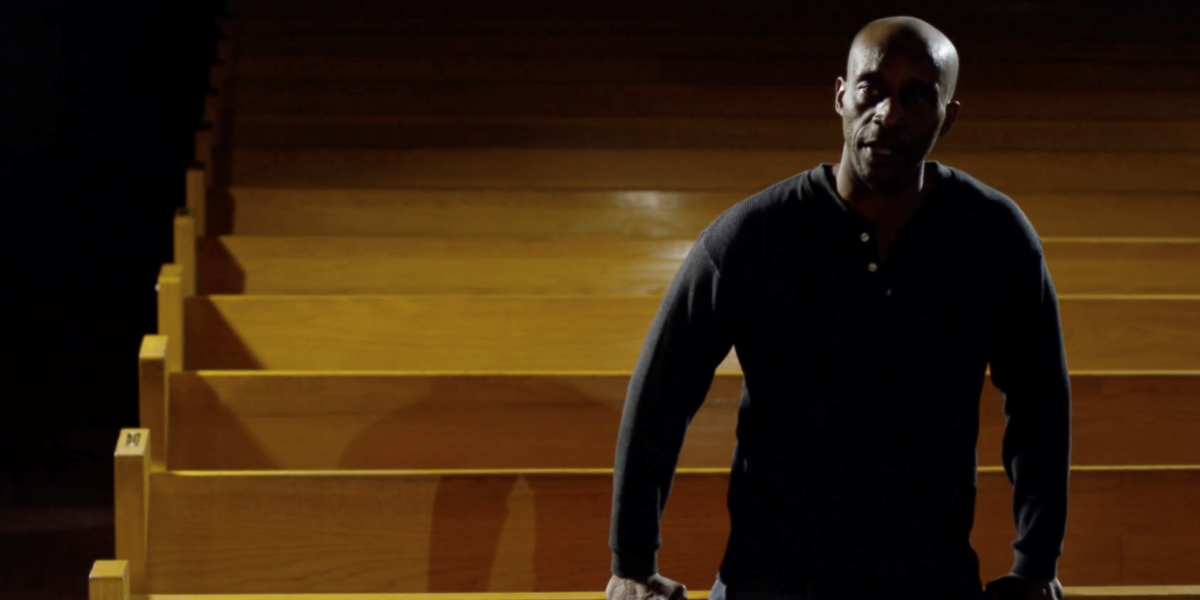 ‘STEPS‘ is one of those movies that seem to remind you that no matter how bad your situation is, things can always get better for you even if it takes a long while. Just like things can go wrong and lives can be ruined, there can also be a turnaround for the good.

This film is a story about Brian Coleman (Rob Morgan) an attorney who seems to have it all and is about getting engaged and starting a family. He is mugged one night and shot by a local hustler Taj (Walter Fauntleroy). In his recovery, Brian is haunted by the incident and terms into an alcoholic. The down spiral causes him to lose everything including his fiancee and their child.

Brian‘s addiction to alcohol renders him homeless for 14 years on the streets with a relationship with his son Omar (Darius Kaleb). He encounters Marvin (Robert G. McKay), a pastor who sees his potential and offers to help him get his life back on track.

He cleans his act and starts working as a home health aide responsible for caring for the elderly and persons with disabilities. Just as things seem to be getting better for him, life throws him a curveball when he is sent to go take care of a new patient. He discovers that the new patient is Taj, the same street thug that robbed and shot him fourteen years ago.

Taj himself had been a victim of a vicious gang-related shooting and had become paralyzed and confined to a wheelchair.

The two men must find common ground to help each heal from losses that seemed to have changed their lives. Even with is new found faith Brian can’t seem to easily forgive and forget the pay he has had to go through after that night of the attack.

It is interesting watching Brian get his life back on track hoping to reconnect with his son who is yet to meet him. But his redemption appears to be even more far out of reach once he sees Taj again.

All this while Brian‘s fiancée Wendy (Tia Dionne Hodge) had moved on with her life with a successful car salesman. But there is some neglect on Omar and he is slowly heading down on a path of destruction.

Aesthetics wise, this film looks, feels and sounds like a typical indie project. You can even notice clear variations in the sound quality even. Most of the external scenes were also shot in a way that makes it seem like a documentary other than a feature film shot on locations with a well-controlled environment.

I would score this film 6/10. It serves a positive message of hope and redemption in a simple plot using characters who are all individually well intertwined.

If you look past its Christian or religious undertones it is a decent family move suitable for anyone even non-believers. Especially anyone that has experienced a heavy loss and has fallen on substance abuse as an escape

STEPS is a story about love, pain, hurt, forgiveness and the journey to redemption. Even as a broken homeless man, we see Brian’s love for a son who is yet to meet him. He takes time each day to watch him from a distance when he closes from school. We also get to see his regret and remorse as a man who wronged and hurt someone dear to him and would give anything to make things right.

It may not be a title or trailer that would immediately interest you and might not carry much to keep you hooked and interested through to the end. But it deserves the time spent on it. If nothing at all, it is a story that has themes and life lessons that can be understood and applied in many different ways.