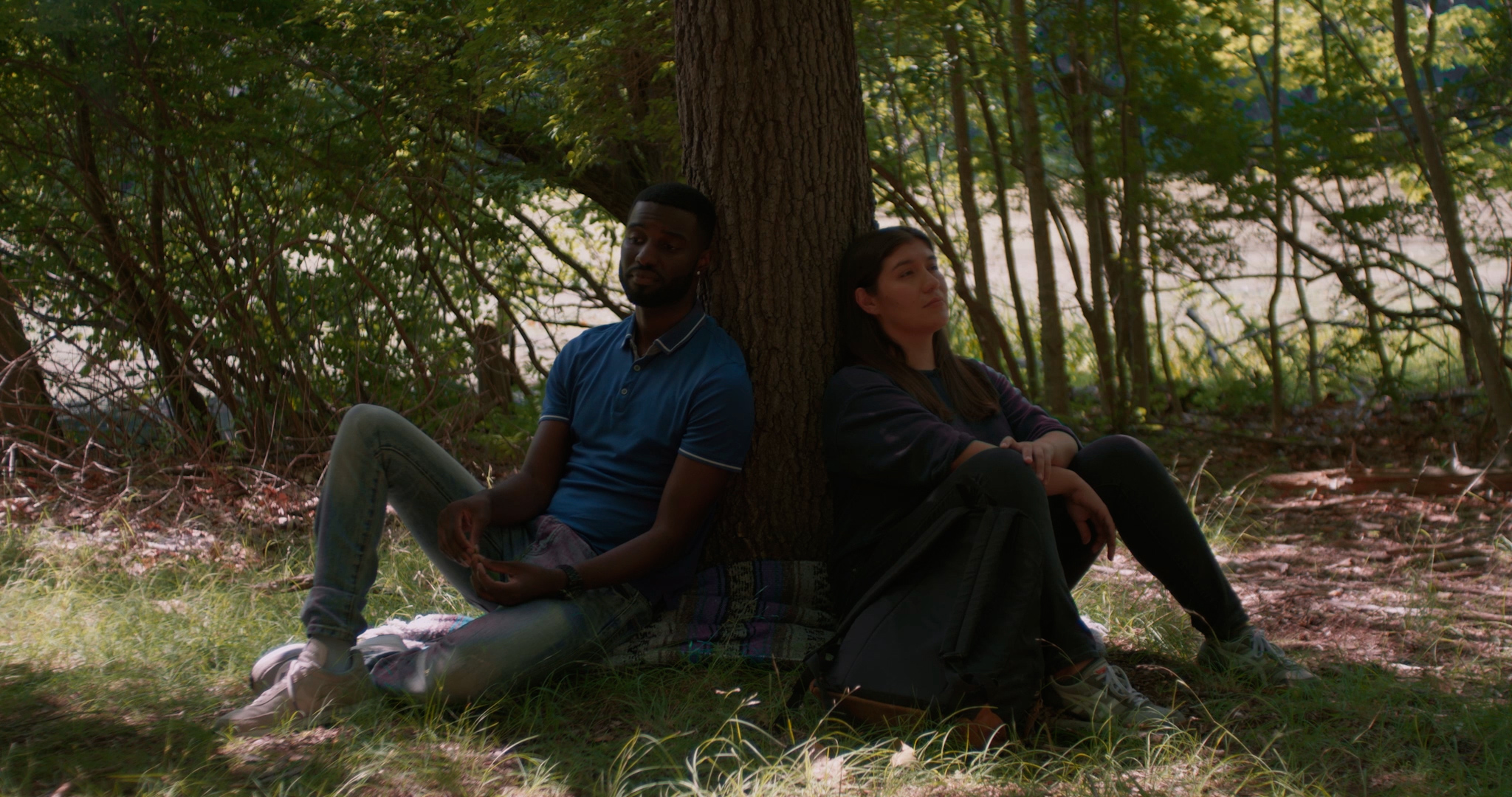 Sunspot is indie art piece about a young woman struggling to find her own way in life while trying to help a neighborhood friend retrieve something of value. But in a working community of broken dreams and shallow bank accounts, possessing anything of value complicates the lives of anyone in its orbit.

For a 50 minutes film it doesn’t immediately focus on what the main plot is. There are a few characters that the viewer is likely to focus on. It takes a while for you to realize how the characters are actually connected. They seem to be friends who meet to share stories about things that have happened in their lives.

The character that stands out more and seems to be the anchor for the film is River (played by Joelle Montoya). She always seems to be distant with her thoughts. There is something about her past that she isn’t happy about and it trying to correct. She comes off as strong and independent but is clearly broken inside.  She shares a brief moment with a random Uber driver where we get to see another side to her that wasn’t immediately. She is chatty with him and talking about aliens and even shares an unexpected kiss with him.

As much we wish that some romantic affairs brews between the two at least to add more to the plot, that never happens.

There are several scenes that she is with her friends Pete (played J.Brian) and Sharky (played by Rivera Reese) talking about their lives and experiences. But we never really get enough details about them.

The film’s writer and director, Brian Mihok seemed to have focused more on making this indie an art piece that one had has a narrative structure that is somewhat engaging for the audience. Visually, it is pleasing to watch taking into advantage the scenery that its New Jersey provides.

By the time the film ends River’s interactions with other characters do not seem connected in any way. Your mind tries to piece together the scenes and situations mentally to try to figure out how they are all connected.

Sunspot is not all bad, it clearly is a tribute to old format forms of film making which focuses more individual perspectives rather that a collective linear narrative. But will it connect with the present-day audience well enough? With its minimalist approach it tries to convey a deep message that might be too deep a hole for many to climb out from.

I would rate it 5/10. It is certainly one of those films that you most likely have to watch multiple times to really understand and appreciate. But it is more difficult to get yourself to sit through the second watch unless you really have enough motivation to.

With ‘Sunspot’ as simple as it seems  it does seem like a complex film that might not be it for everyone.

Movie Review: Beloved – When love fails, what next?