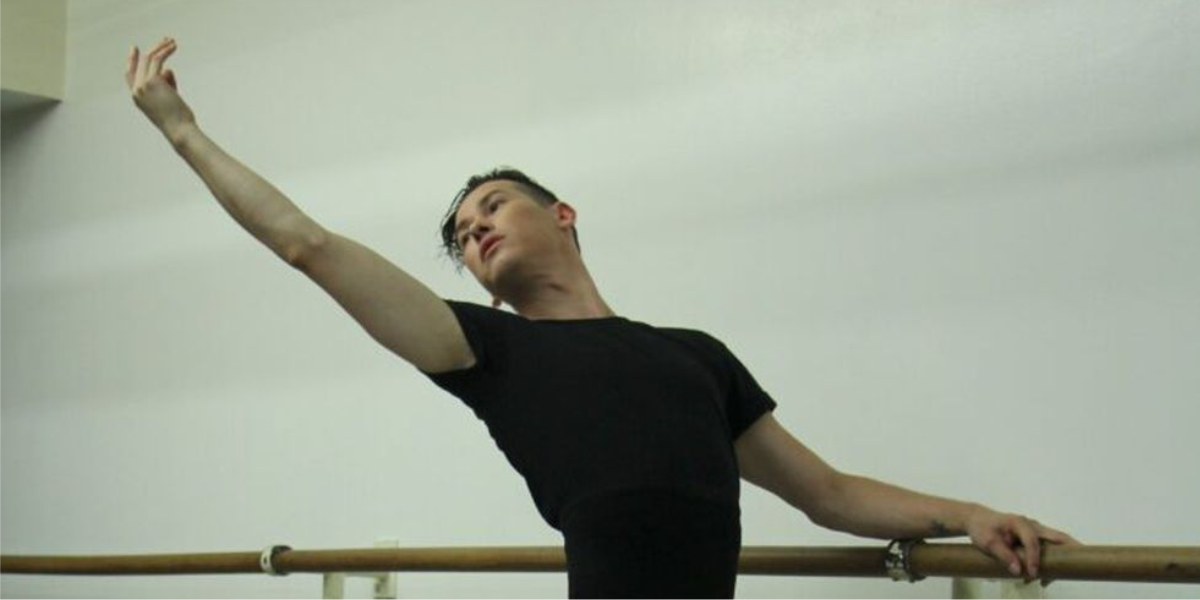 Dr. Jason Holden, early 50s, is in danger of losing his family, because of a tragic automobile accident. He becomes a piano accompanist at a local ballet studio and falls in love with Brandon Wykowski, 27, a troubled dancer.

The film’s synopsis presents a simple story but proceeds to serve you a confusing cocktail of a dramatic queer love triangle, fantasy, and monotonous music.

Fredrick Keeve in The Accompanist (2019)

The Accompanist starts with Jason weeping behind a piano, eluding that he is a broken man with issues he is yet to come to terms with. He works as an accompanist for a ballet school and usually keeps to himself until he notices Brandon, a younger dancer aiming for a shot to be a part of a big-time L.A ensemble.

Brandon (Ricky Palomino) is too forward and very aggressive with his advances towards the much older Jason. Without throwing caution to wind or fear of his abusive hot-tempered partner who is dealing with a terminal illness, he does all he can to get Brandon’s attention. They quickly fall in love with each other after a few encounters and then the plot thickens.

The most confusing aspect of the film is the magic powers that Jason supposedly has and how that is introduced into the story. During a private nighttime rehearsal, Brandon asks Jason to play something he had heard him play earlier on in the day. After some hesitation, Jason plays, then the earth begins to violently shake. Brandon immediately assumes to the Jason caused it after checking his phone and finding no news that there was an earthquake in their vicinity.

We are further led to believe that Jason can do more than just that. He can heal, alter people’s thoughts and even cause them to hear sirens blaring. He later explains to Brandon that making it through a near-death experience when he was only 12 years is what left him with those powers. An explanation that didn’t settle. But Brandon falls for it. Things get more confusing down the line when we find out that he can perform his magic at will and not only when he plays the piano.

Fredrick Keeve wrote, produced, directed, and stars as Dr. Jason Holden, the accompanist in this film. It is as though he is the only actor who knows what to say and when to say it. His voice seems clearer and more confident than his co-stars. Perhaps, it could be because he is more experienced than the others or those characters weren’t developed well enough in the script.

There are sparsely placed flashback scenes of a car accident involving Jason, his ex-wife Karen (Jeanette Driver) and their two children, Isabella (Juliet Doherty) and Max (Christopher Pawl).). We are led to believe that the accident resulted in their marriage ending and their daughter confined to a wheelchair. His kids randomly appear in the house and they keep making references to their mum and asking questions about the night of the accident. It is not until the end, that you realize that kids could only be imaginary and not still alive. Quite confusing and not well explained and further compounded by the film’s climax.

Ricky Palomino in The Accompanist (2019)

A lot about this movie feels rushed and not well thought out. Or maybe those were just the creative style of the director coming to the fore. Perhaps that is the biggest shortfall of this film. Most of the things explained in the movie do not make sense immediately. And you might have to see it more than once to possibly understand.

I would rate The Accompanist 4/10. It is certainly not for everyone. It is also quite bizarre, confusing, and distorting. Its dull pace makes it even more difficult to sit through its lengthy runtime. The biggest save for this film could have been the ballet rehearsals where you get to see some very expressive dancing, but that too became stale after time when it appeared to become repetitive and draggy.

The Accompanist is available on-demand in the US starting 2nd June and is being distributed by Dark Star Pictures.