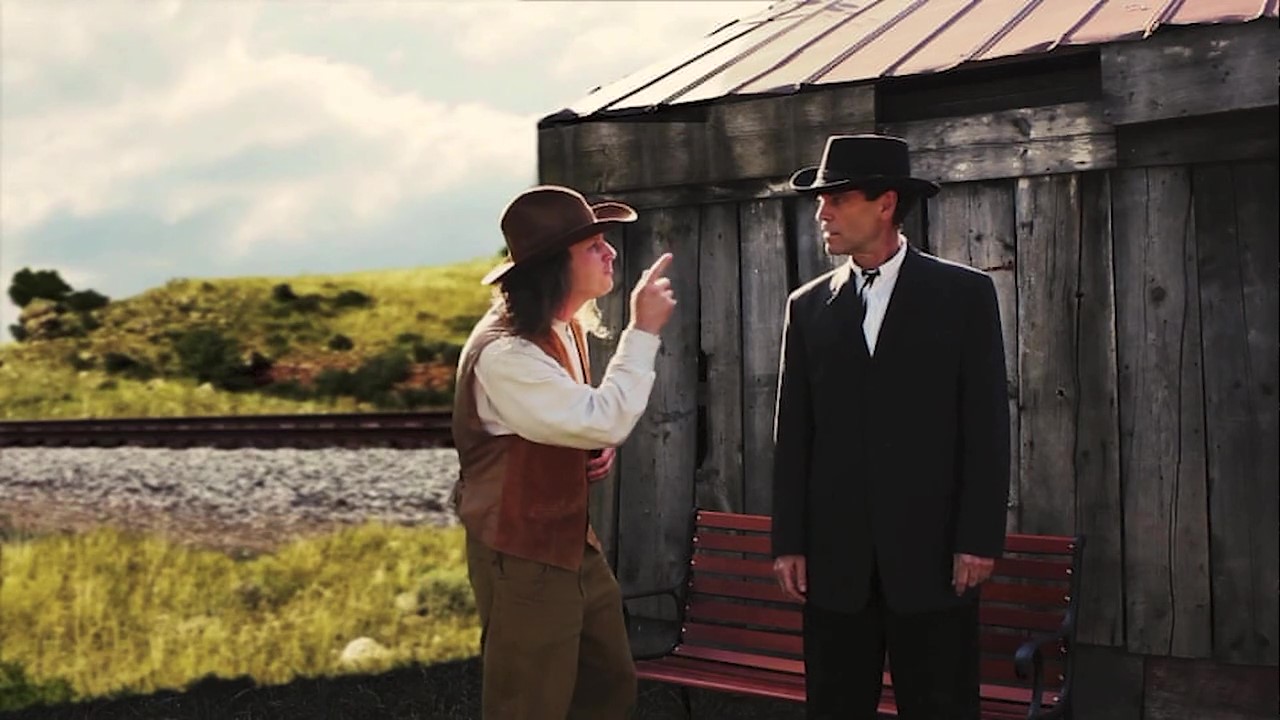 Westerns are more than a genre because they can be used to tell any kind of story. It is the setting that and all its requisite elements that makes it a western.

‘The Lonesome Trail’ tells the story of Brent Carson (played by Peter Wray), a preacher who comes to settle in a small town called Red Springs. His believes and teachings gets him despised by some of the people in the community. This includes McCray (played Donald Imm), the biggest rancher in those parts. McCray isn’t happy about ‘outlanders’ settling in to the town and takes a particular disliking against Bill Barnaby (Lamont Easter) and his wife who happen to be a black couple who have journey to come work the preacher.

The hostility against Carson further worsens when he marries Elizabeth who McCray had been pursuing for long.

The films 115 minutes runtime appears to drag on longer that you would expect. The pace is slow doesn’t switch up at any point. You are likely to lose focus with all that is going on with the story if you don’t pay close enough attention to it. There are not any real shifts in the films momentum that gets you to sit up at the edge of your seat.

The actors do not help much with this either. The overall acting coupled with the dialogue in this film is enough to make you not want to sit through it. Excerpt for a few moments in the earlier parts of the film that you are forced to listen to the positive messages being preached through the dialogue of the film everything else seems quite repetitive.

The film is set in the 1890’s tells a story that spans over 20 or more years. Carson and Elizabeth have a couple of sons and one of them goes to work for McCray who after so many years is still bent on driving away ‘outlanders’.

As the film progresses you begin to notice its many Christian themes and undertones.  Carson’s son particularly could be likened to the prodigal son from the bible. He loses his way for some time and detest his father. He eventually gets a rude awakening and returns home.

Not only is the acting not impressive enough the film is further rendered amateurish by the poorly done visual effects and CGI used to substitute the natural hills and vast plains that westerns are typically accompanied by.

The film is based on a book by Arlette Thomas-Fletcher and is also her directorial debut.

As a Christian film this works fine and is enough to help spread the gospel of love. But as a western that is supposed to take you on a sweet journey into time whilst entertaining you, it falls short in several ways.  I would score this 4/10.

The Lonesome Trail will be digitally released 12th July 2022. If you are down for good Christian film with a western setting, then this is for you.