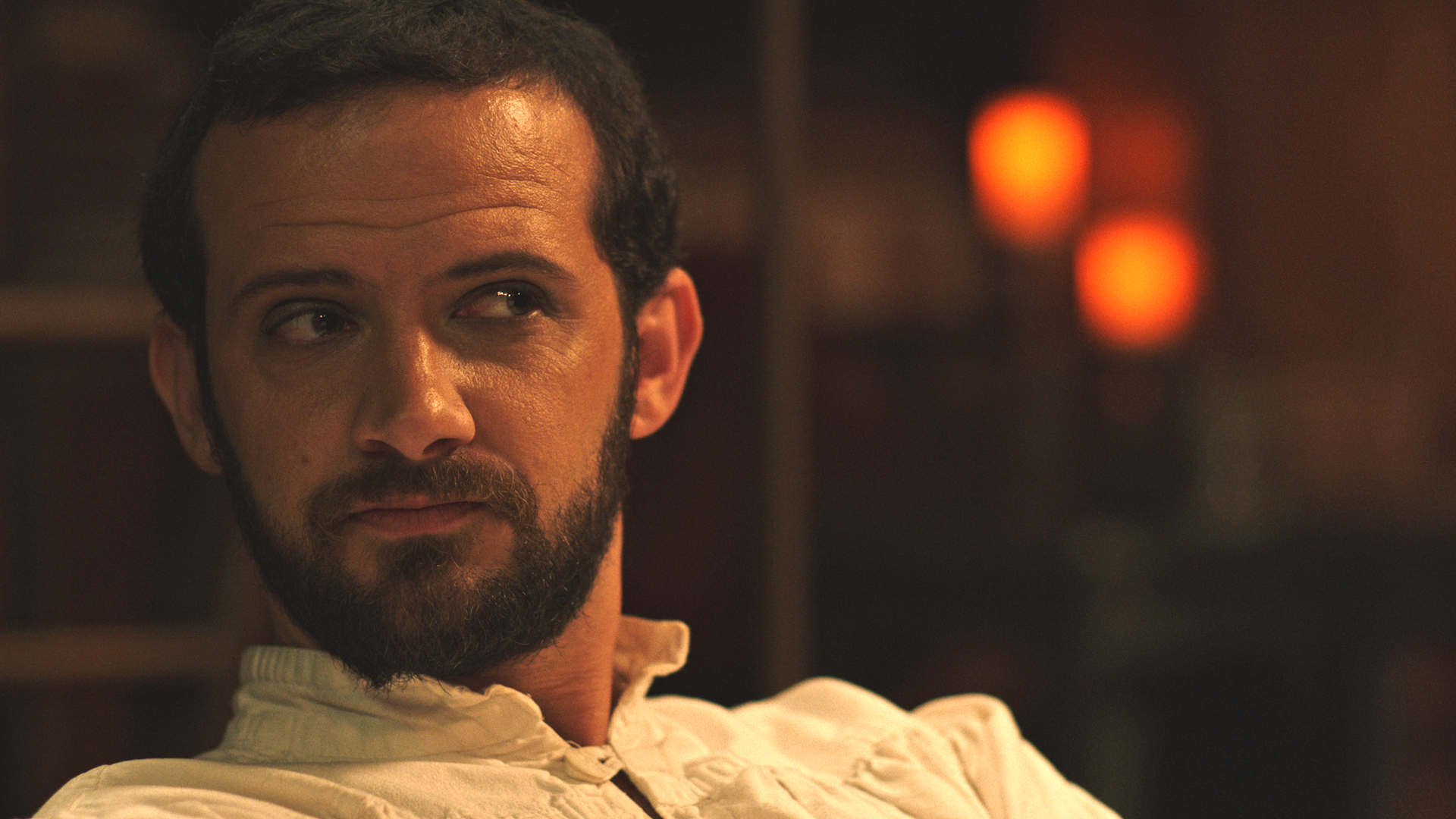 The Scottish Play is an interesting drama about Sydney (Tina Benko) a successful actress returns home to the town she came up in and accepts the role of Lady Macbeth in a small local theater. Together with a young awkward director Adam (Peter Mark Kendall) they take on the challenge to put on a spectacular adaption of the very famous play.

They assemble a team of able talents to be able to do this. But they soon realize that the play indeed cursed. From the first day or rehearsal, a strange make walks into the theater and cautions them on how cursed the play is. But most of the cast and crew take it as a joke and laugh about it.

Sydney is approached by a strange man in a Garden. His interest is the play they are about staging. He introduces himself only as Will. But Sydney soon discovers that is he none other than Shakespeare in living flesh wanting to make changes to his work on Macbeth.

As weird as this seems Sydney is led to believe that the only way to make the play successful now is by listening to Shakespeare and giving in to his alterations.

But the production seems cursed from the onset. Sydney is immediately not sure if they can pull it off without a glitch. Will is there to remind her that the play is cursed. Although some of her colleagues do not believe however in the supposed curse, there are enough strange occurrences to scare anyone into walking away from the production. From actors strangely losing their voices during monologues to sudden freak accidents.

The entire crew show some resilience and commitment to making sure that the production happens regardless.

Sydney finally reveals to Adam the plays director her interactions with Will. But how do you come across sane to anyone when you tell them you are seeing and having conversations with William Shakespeare?

You don’t even have to be fun of stage or theater to appreciate this film. You don’t even have to know or recall what the Macbeth play is about. The film however feels cozy and artsy at the same time. But appears to be much longer and dragged than you would expect. You can say the dialogue is more responsible for this. There is so much to be said between Will and Sydney for instance and it is most said in early modern English for that matter.

I believe the main intent of this play if not one is to inspire encourage creatives who desire or attempt to want to tell classics with their own unique interpretations. In the end the play is staged and the audience is more than elated by the adaption.

The film subtly has undertones of romance and but those are never fully fleshed and become almost insignificant but it is there and you can feel it. Even though it is not explored in detail who see the chemistry between Sydney and Adam. We seem them get a bit flirtatious with each other at times but they never take it too far.

You get the idea that this film is about “what if a creator would want to make changes to his already finished creation”.

I will score this film 6.5/10. Writer and director Keith Boynton brings to fruition this creative vision in the best of ways. It is hearty and entertaining but also does well at paying reverence to Shakespeare’s legend.

The Scottish Play is a pleasant film that doesn’t try to overwhelm you.  It picks a decent pace that may seem too dragged for many but gently leads you to a deserving climax. It is not a big film and doesn’t attempt to be. But just like the characters in the film, its makers are audacious to try something like this.