Movie Review: Utopia; A Journey Or A Stalemate? 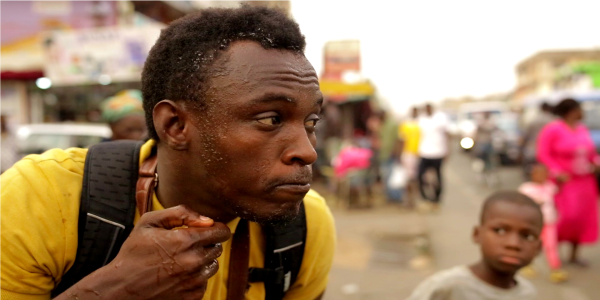 We talk about mediocrity in our film industry existing not because we choose to accept that it exists. But because it’s obvious that, there are too many factors responsible for our sometimes stagnated growth. Making a difference starts with making an effort and finding the resolve to keep going even when all negative factors attempt to hold us down.

Utopia tells the story of two mischievous brothers who were separated during childhood but are later reunited by fate as they both embark on life’s pursuit of survival on the harsh streets of Accra.

The underlying plot of this movie is enough to get the attention of anyone who has a keen interest in movies produced in Ghana. There are virtually no films that have been made with the sole intent of showing the harsh realities of life on the streets of Accra, Ghana’s capital. The hustle, the pain, the joys, the failures and the triumphs of people who live off the streets have never been highlighted on a big screen before. And we have always needed films like those to help tell our story, ourselves, our way.

The movie starts off with introductory scenes showing the lives of our two lead men as kids growing up in a fishing village somewhere in Ghana. We were impressed with the details that were captured with the sights and sounds of a typical fishing village.

The two young boys who played the younger versions of our lead characters Kpakpo and Ataaskolo (Elikem Kumordzie and Alphonse Menyo) gave a very impressive performance. There is no denying that they have some talent in acting and need to be groomed. Such talent must not be allowed to go waste. We also loved seeing Psalm Adjetefio of Taxi Driver fame in this movie.

Utopia, the film did make good use of the Ga language in the dialogue, giving it a good local feel. But disappointingly the subtitle captioning was poorly done. It was a huge turn off to read the too many unpardonable typographical errors in a film that has the potential to appeal to a foreign audience. Aside the typographical errors the use of shorthand and instant messaging lingo /abbreviation in the subtitle text was very disappointing.

Nonetheless, we were also impressed with the cinematography and the sound in this movie. There were more than enough decent shots to compliment the choice of location and scenery for both the village and city scenes. The dialogue was clear and very audible throughout the film even in the market scenes that could have been compromised by all the uncontrollable external noise. Surprisingly we feel the choice of sound score and mood music could have been much better. All the soundtracks used in this film hinted either something of Southern or Northern African origin. It would have really sufficed if compositions of Ghanaian origin or particularly the Ga-Adanbge culture had been used. It felt a bit out of place for us to be watching a movie about life in Accra and be hearing possibly an Afrikaans inspired compositions. This in a way forced a huge disconnect in the setting of the movie and its strength of being more relatable to us Ghanaians.

This film’s screenplay seemed to have no structure and seemed a bit disorganized for us at some points with too many random scenes. We would have expected that these scenes could have some way added some depth to the story line of the film as it progressed but never did.

For everything that this movie had right, the inability of the screenplay to hold the underling plot together throughout the movie adversely affected its potential to perfectly execute its intend of  showing us the real struggle of life on the streets in Accra.

We would rate this movie 5/10 because it had a daunting task to relay an emphatic message on the struggles of people living off the streets of Accra and surrounding urban centers but it fell short on holding together all the elements that were required to successful execute this.

Not to say this is a bad movie, but judging from the standard Director Kobi Rana has set for himself with his movies we at GhMoviefreak.com have seen, we had very high expectations for this. And we wish a lot more attention had been given to developing the plot of this movie and not just putting together random scenes that took away more in totality than it added to the intended quality and purpose of this movie.

You should do well to go see this movie for yourself just to get a better feel if you haven’t. The dialogue is entertaining. The use crude use of the Ga language is sure to make anyone who understands it crack up with laughter in several scenes.

In case you missed out on last night premiere for some reason, do well to go see this movie too and tell us what you think about it.

Movie Review: Bibi Bright returns with a “Promise Beyond”